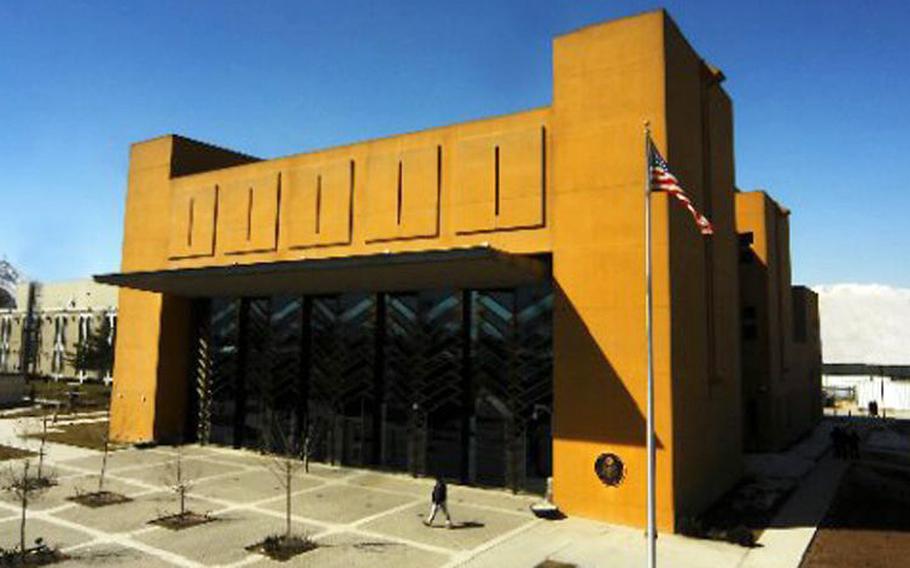 The U.S. Embassy in Kabul, Afghanistan. (Department of State)

Citing terrorism concerns, the U.S. State Department released a worldwide travel alert on Friday, a day after announcing plans to shutter embassies and consulates across the Middle East, Central Asia, and North Africa over the weekend.

The alert warned of the possibility that al-Qaida or related groups in the Arabian peninsula could launch an attack in the Middle East or North Africa.

“Current information suggests that al-Qaida and affiliated organizations continue to plan terrorist attacks both in the region and beyond, and that they may focus efforts to conduct attacks in the period between now and the end of August,” the statement said.

The alert’s text goes on to issue general warnings to travelers about threats to both government and private targets, including public transportation.

The statement shines more light on Thursday’s announcement by State Department officials that more than 20 diplomatic posts in over a dozen countrieswould be closed on Sunday and possibly other days.

“The Department of State has instructed certain U.S. embassies and consulates to remain closed or to suspend operations on Sunday, August 4th,” spokeswoman Marie Harf told reporters at a briefing on Thursday.

Harf and other officials did not publicly identify any specific threat at that time.

In Bahrain, security was heightened at the U.S. Navy base which headquarters the U.S. 5th Fleet, as some U.S. Personnel speculated about a serious threat in the region. A 5th Fleet spokesperson said operations in Bahrain would not be affected.

Officials in Afghanistan confirmed the U.S. Embassy in Kabul would be among those closed, but another Stars and Stripes reporter did not observe any additional security measures at a compound that also houses the headquarters of the NATO military coalition near the U.S. embassy.

Col. Jane Crichton, public affairs director for ISAF, the NATO military coalition in Afghanistan, said the force “routinely” assesses threats and takes additional security measures but would not confirm whether any such steps would be taken over the weekend.

The unusual closures come nearly a year after an attack on an American compound in Libya killed four Americans, including Ambassador Christopher Stevens. That attack, on Sept. 11, 2012, sparked a debate over diplomatic security that reached the levels of the American presidential campaign.

The U.S. Embassy in Cairo, which was involved in violent demonstrations during the same time as the deadly attack in Libya last year, warned on its website that “possible marches or demonstrations” may take place over the weekend. That embassy was also closed last Sunday, July 28th, amid ongoing political unrest in Egypt.

Stars and Stripes reporters Hendrick Simoes and Heath Druzin contributed to this report.