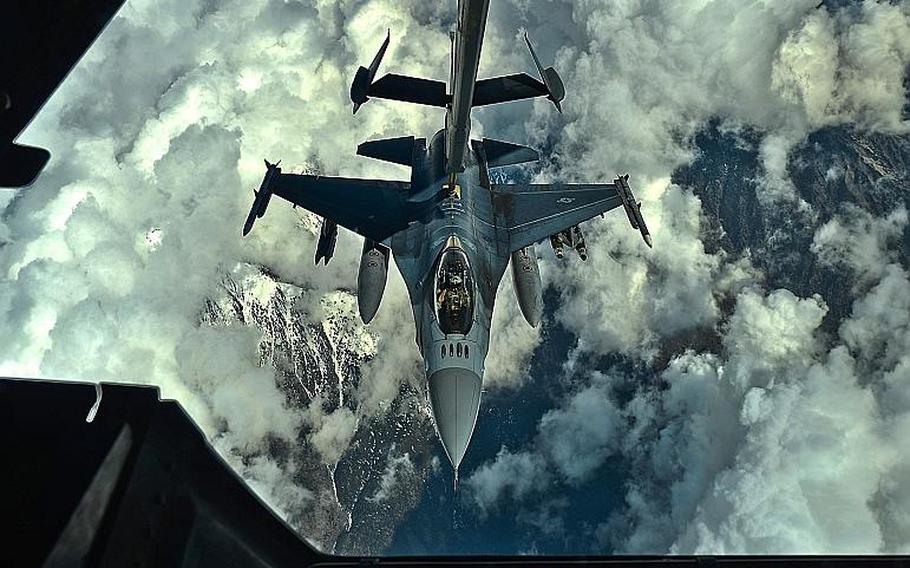 KABUL, Afghanistan — The United States dropped more bombs and other munitions in Afghanistan last month than it did on Islamic State fighters in Iraq and Syria for the first time since the anti-ISIS campaign began in 2014.

American aircraft dropped 339 weapons in Afghanistan in March, compared to 294 in Iraq and Syria, according to the Air Force’s monthly strike report.

The report attributed the shift to “increased progress in coalition efforts to annihilate remaining ISIS forces in Iraq and Syria, coupled with Syrian Democratic Forces shifting to an active defense scheme of maneuver in Syria’s Middle Euphrates River Valley.”

March’s figure was the lowest-ever monthly tally of weapons dropped by U.S. drones and manned aircraft in the anti-ISIS campaign, known as Operation Inherent Resolve.

Meanwhile, the number of weapons dropped in Afghanistan in March — against targets like the Taliban and the local ISIS affiliate, Islamic State-Khorasan Province — was the highest for that month in five years. While ISIS is being pushed underground in Iraq and Syria, the number of fighters pledging loyalty to the group appears to be growing in Afghanistan.

Last year, the U.S. dropped the largest non-nuclear bomb ever used in combat on an ISIS cave complex in eastern Nangarhar province. Since then, the militants have spread north and their numbers have grown from between 600 to 700 to over 1,000, according to U.S. officials.

The air war in Afghanistan reached a climax during the troop surge in 2010, when U.S. and allied warplanes conducted more than 1,000 strike missions during some months. Although coalition commanders claimed at the time that the Taliban had taken “a real pounding,” the long-term effects of the bombing campaign were fleeting.

U.S. and Afghan forces have killed 90 ISIS fighters in Afghanistan this year, the majority in northern Jowzjan province’s Darzab district, the U.S. military said. But the main threat in the U.S.’s longest war, now in its 17th year, remains the Taliban.

In February, U.S. officials announced they had begun shifting assets, such as MQ-9 Reaper drones and A-10C Thunderbolt IIs ground attack aircraft to Afghanistan, following success in Iraq and Syria.