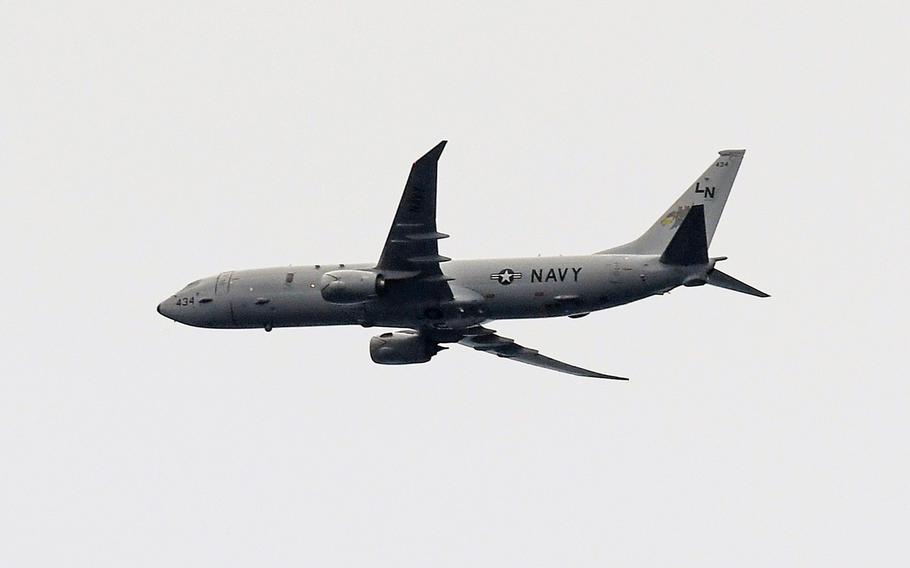 A U.S. Navy P-8A Poseidon flies over the Mediterranean Sea in March 2017. A Navy Poseidon and a Air Force MQ-9 drone are searching for hot spots in Greece, where wildfires tore through a coastal village earlier this week. (Ford Williams/U.S. Navy)

Greece made its initial request for U.S. assistance on Tuesday, and since then U.S. military assets in Europe have been in the area.

“Right now, the U.S. Navy and U.S. Air Force, at the request of the Greek government, are conducting over flights to identify hot spots and damaged areas as a result of the fires,” said Lt. Cmdr. Joseph Hontz, a EUCOM spokesman.

The U.S. Navy is providing one P-8A aircraft based out of Naval Air Station Sigonella, Italy.

The U.S. Air Force is providing a MQ-9 Reaper drone, which is operating out of Larissa Air Base, a Greek air force installation, Hontz said.

Greece’s initial request was for 48 hours of support, but EUCOM will continue the mission as needed, he said.

At least 82 people are believed to have been killed in the blaze.