US destroyer opens fire to warn off approaching Iranian ships 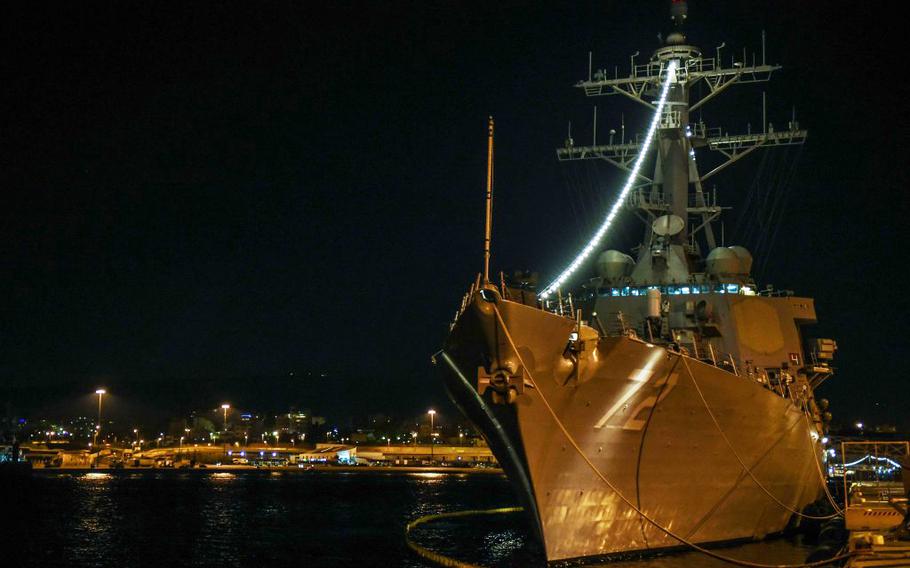 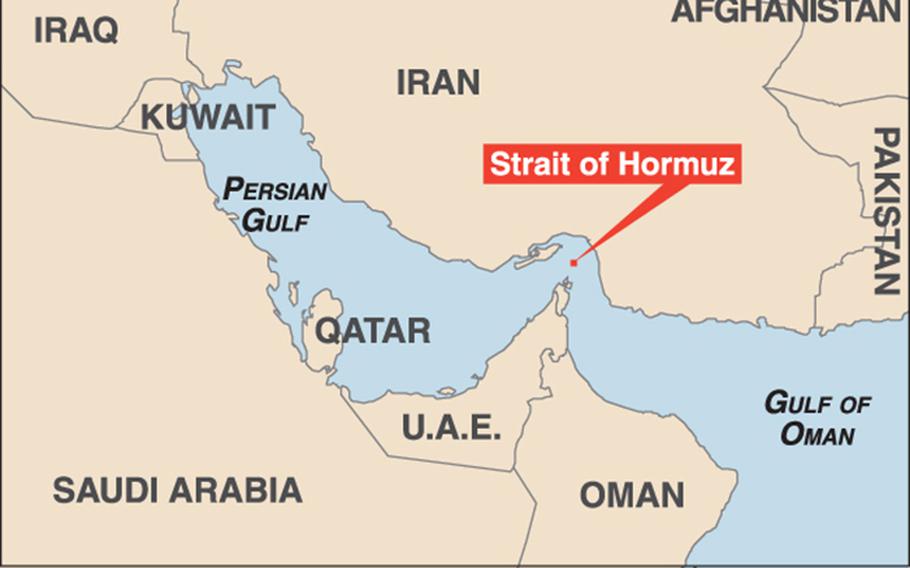 Four vessels of the Islamic Revolutionary Guard Corps Navy sped quickly toward the USS Mahan as the ship cruised through the strait, which is the entrance to the Persian Gulf, said Cmdr. Bill Urban, a spokesman for Naval Forces Central Command.

Naval Forces Central Command called the interaction “unsafe and unprofessional” because of the Iranian vessels' high-speed approach on Mahan with weapons manned and their disregard for repeated warnings “via radio, audible siren and ship's whistle,” he said. “[The Iranians] only arrested following warning shots being fired.”

The incident is the latest in a string of U.S. encounters with Iranian warships in the Strait of Hormuz. At its narrowest point, the strait is only 21 miles across, and Iran and pro-U.S. Oman claim the 12 nautical miles off their coasts as territorial waters.

The United States has cited the international right of innocent passage to send warships through the strait to escort commercial vessels after harassing incidents by Iran patrol craft.

Navy Capt. Jeff Davis, a Pentagon spokesman, said there have been 58 incidents involving Iranian vessels deemed unsafe or unprofessional since the beginning of 2015. There were 23 in 2015 and 35 in 2016, he said.

In November, a U.S. Navy MH-60 Seahawk reported an Iranian patrol craft aimed its heavy manned gun at the helicopter in the strait. At the time, the helicopter was providing escort to the aircraft carrier USS Dwight D. Eisenhower cruised the strait. The incident did not escalate further.

In September, patrol boats of the Iranian Revolutionary Guard harassed the USS Firebolt, a coastal patrol ship. In that incident, the Firebolt was forced to maneuver around one Iranian boat to avoid collision. In a late August incident, the USS Squall, another patrol ship, also fired three .50-caliber warning shots toward Iranian Revolutionary Guard ships as they harassed the U.S. vessel in the Persian Gulf.

Later that same month, Iran threatened to fire on two U.S. surveillance aircraft, a P-8 Poseidon and a P-3 Aries, during separate surveillance patrols over the strait.

In August, the USS Nitze and USS Mason, both destroyers, were transiting the strait when the Nitze was harassed by four Iranian Revolutionary Guard Corps Navy patrol vessels. The Nitze signaled a warning, and when the Iranian ships did not stop, the Nitze was forced to change course to avoid collision.

In January 2016, 10 U.S. sailors were detained overnight by Iran after their patrol boats drifted into Iranian waters.