US commander apologizes for stray ammunition rounds in South Korea 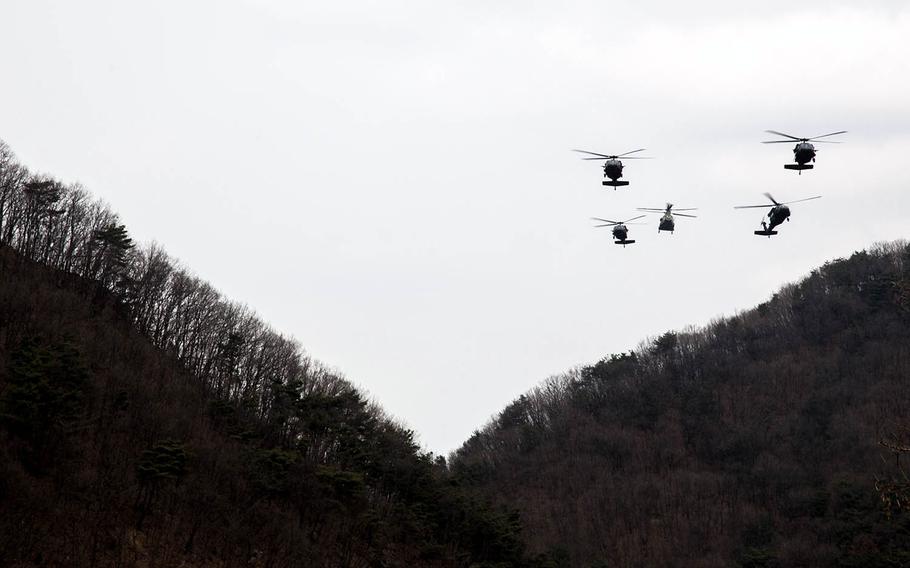 SEOUL, South Korea — A top U.S. commander has apologized to a South Korean mayor for stray ammunition rounds found outside a sprawling training complex near the tense frontier that divides the peninsula.

Lt. Gen. Michael Bills, the Eighth Army’s new commander, made the comments Thursday during an office call with the mayor of Pocheon, the area that is home to Rodriguez Live Fire Range.

“During the meeting he apologized for the Jan. 3 incident that resulted in several ammunition rounds being found in a [South Korean army] motorpool” near the U.S. complex, the Eighth Army public affairs office told Stars and Stripes Friday in an email.

“He reinforced that the safety of the citizens of our host nation is a top priority,” it added.

More than 10 .50-caliber rounds were discovered at the South Korean base, weeks after the U.S. command hosted a town-hall meeting in Pocheon to address public outrage after a bullet from the range was found inside a local home in November.

The U.S. and South Korean militaries have launched a joint investigation into the incidents.

The 3,900-acre complex, which is used for live-fire drills and other exercises just miles from the border with North Korea, has frequently been a source of frustration for local residents who complain about the noise and other problems, including a fire that broke out last year.

The mayor, Kim Jong-cheon, was quoted as calling for a special law that would ensure safety measures in the vicinity of the range.

Eighth Army said Bills “committed to personally briefing the mayor on the results of the investigation and implementing new measures to improve safety on the range.”

U.S. Forces Korea is in the process of moving the bulk of its soldiers and civilian employees to regional hubs south of Seoul as part of a long-delayed relocation plan. But Rodriguez and other training areas near the border will remain open.