US civilian charged with illegal disposal of Okinawa woman’s body 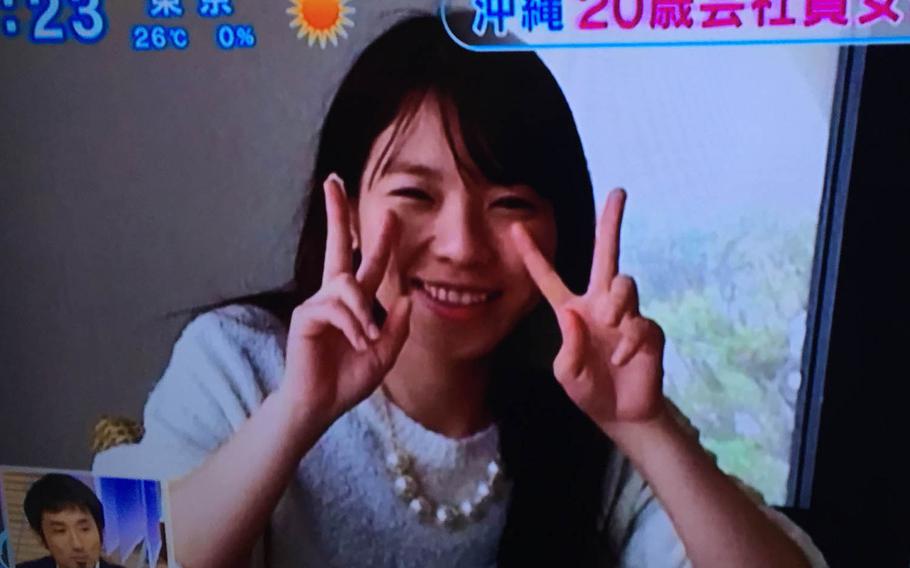 This image taken of a Fuji Television broadcast shows Rina Shimabukuro, an Okinawa resident who had been missing since last month, according to Japanese media reports. Okinawa Prefectural Police have arrested an American civilian employee of a U.S. military base in connection with the disappearance of the 20-year-old after discovering a body, the reports said. (Aaron Kidd/Stars and Stripes)

CAMP FOSTER, Okinawa — An American civilian employee of a U.S. military base has been arrested and charged with illegal disposal of a body in connection with the disappearance of a 20-year-old Okinawan woman who went missing last month.

Kenneth Franklin Shinzato, 32, was taken into custody Thursday after investigators found the body of Rina Shimabukuro, an office worker from Uruma, face up in a wooded area provided by the suspect, Japanese police said. Police said Shinzato told investigators he had put the woman’s body in the wooded area after she became motionless.

An autopsy will be performed to determine the cause of death.

Police said they will refer Shinzato to the Naha district public prosecutor's office with a charge of illegal disposal of a body.

Shinzato works at Kadena Air Base and is believed to be a former U.S. serviceman, police said. He reportedly lives in the town of Yonabaru with his wife and their child.

Shimabukuro was last heard from around 8 p.m. on April 28 when she told her boyfriend she was going for a walk. Several hours later, Shimabukuro reportedly “read” a message on her phone but did not respond.

Police feared she had been the victim of a crime or an accident because she left behind her car and wallet, according to the report.

Her phone GPS indicated she was last in an industrial area near her home in Uruma’s Suzaki district. Shinzato’s red SUV was among about 300 vehicles captured in security-camera footage from the area where the victim was last seen during that time period, police said.

"As I look back at all the developments to date, I'm simply speechless," Okinawa Gov. Takeshi Onaga told Japanese media on Thursday.

"The U.S. military extends its deepest sympathies to the people of Japan, and [we] express our gratitude for the trust that they place in our bilateral alliance and the American people," he said.