US cavalry unit commemorates Gen. Patton’s order to save hundreds of Lipizzaner Stallions from being eaten by Soviets 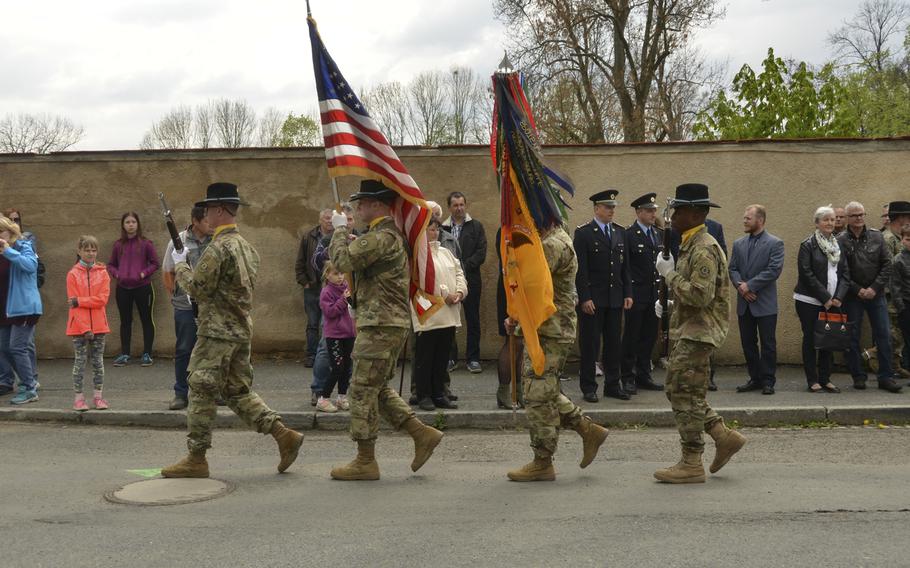 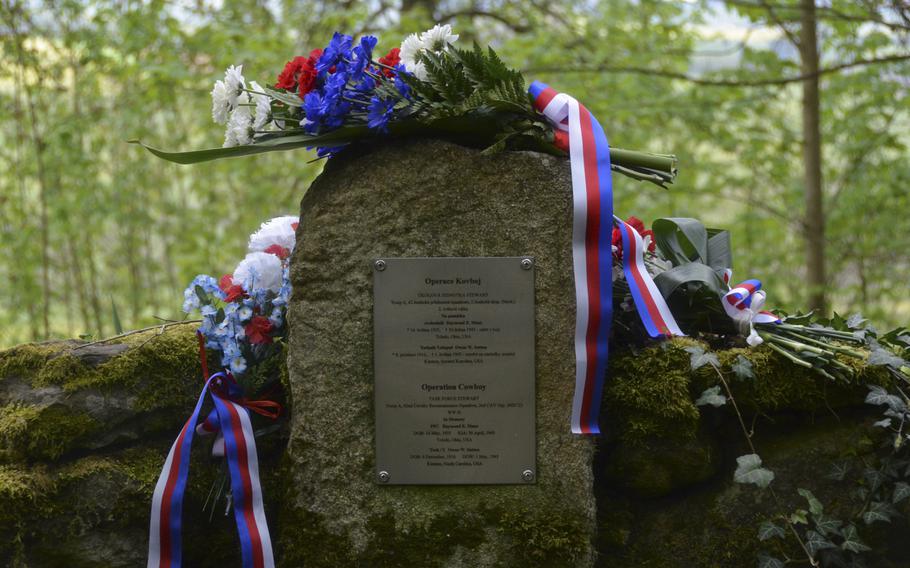 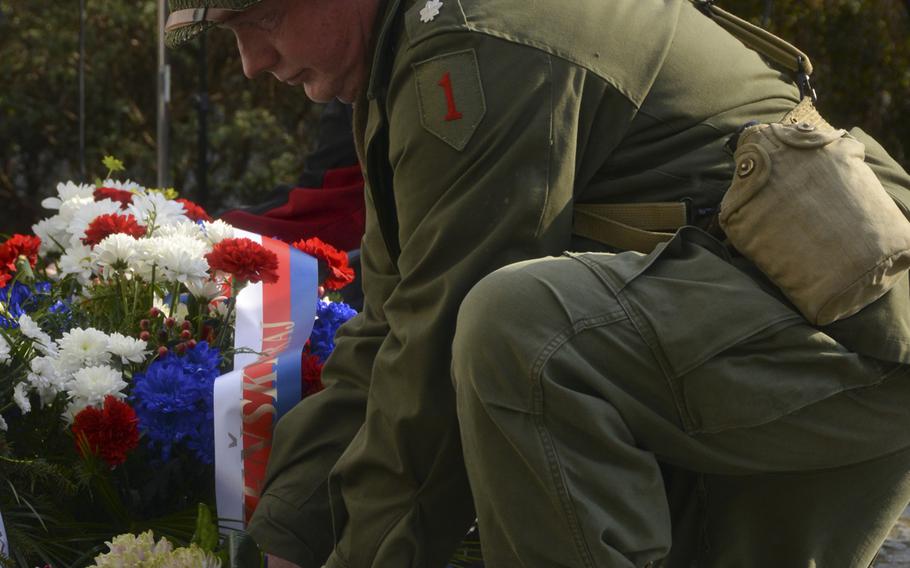 A Czech civilian lays down a wreath during the 74th anniversary of Operation Cowboy at Bela, Czech Republic, on Tuesday, April 30, 2019. (Denice Lopez/U.S. Army) 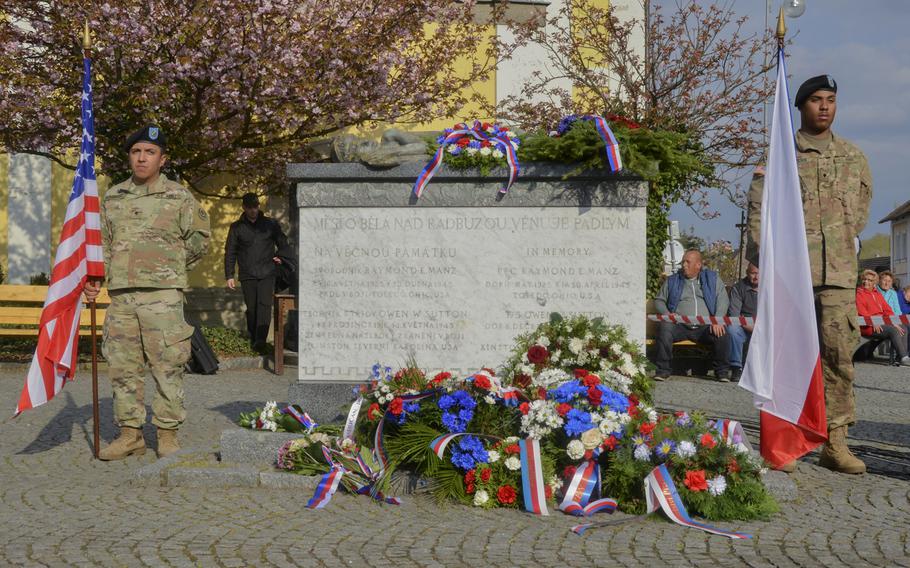 U.S. soldiers from the 2nd Cavalry Regiment stand at attention with the American and Czech flags during the 74th anniversary of Operation Cowboy at the Bela Town Square, Bela, Czech Republic, on Tuesday, April 30, 2019. (Denice Lopez/U.S. Army) 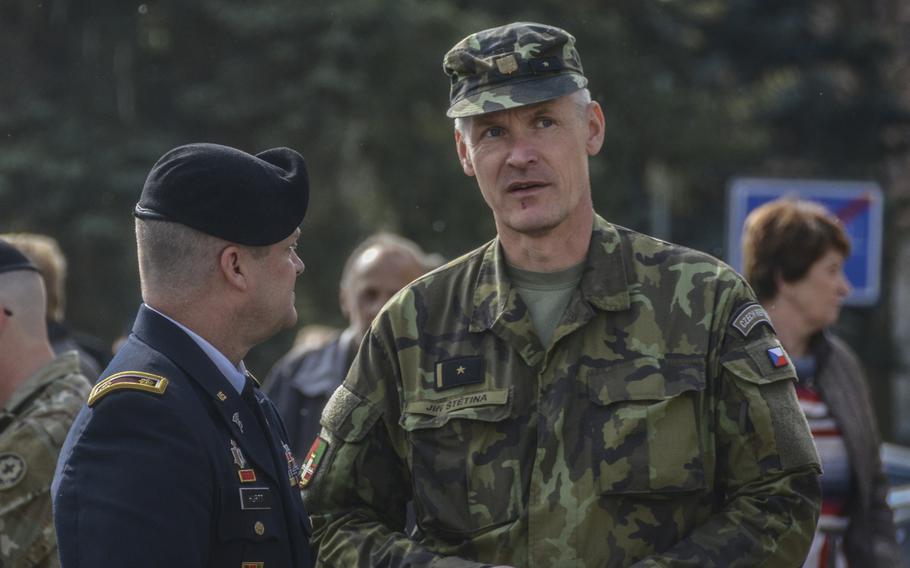 Soldiers from the 2nd Cavalry Regiment took part in a Czech ceremony this week commemorating Operation Cowboy, a mission Gen. George Patton entrusted to the same unit in the closing days of World War II.

The cavalry unit’s orders were simple: the general, a famous horse enthusiast, directed the soldiers to save a group of purebred horses from slaughter.

The soldiers were successful, saving the horses — the Lipizzaner Stallions, one of Europe’s oldest breeds — and freeing over 150 allied prisoners while liberating the Czech towns of Bela and Hostoun. The two towns have put on a celebration to honor the American troops for more than 10 years, after dedicating a memorial for two U.S. soldiers who died in the fighting.

“The entire experience was absolutely humbling,” said Capt. Dallas Wiggins, a troop commander with the regiment who took part in the events this week marking the 74th anniversary of the operation. “To fall into this [unit’s] legacy and represent those few that changed the culture of these towns is truly remarkable.”

Wiggins spoke at ceremonies in the town squares of both Hostoun and Bela, where soldiers from the regiment marched in a color guard and presented wreaths. Troops also showed off the regiment’s Stryker armored vehicles to local children.

After the communist coup in Czechoslovakia in 1948, the American operation that liberated the horses and the towns eventually faded from memory until recent decades.

The mission had sprung from concerns that the Lipizzaner lineage would be lost. The Third Reich had seized nearly all the horses of the breed, several hundred, from the Spanish Riding School in Vienna and brought them to a stud farm outside Hostoun as part of a livestock breeding program.

But in April 1945, the farm was directly in the path of the advancing Red Army, which was on a collision course with remaining brigades of the SS, an elite and fanatical Nazi unit. A German prisoner of war told 2nd Cavalry’s Col. Charles Reed about the horses, who some caretakers were worried the hungry and tired Soviet troops might kill for food.

Reed telegraphed his boss, Patton, who had competed in an equestrian event in the 1912 Olympics, asking permission to save the stallions. Patton ordered them to do it quickly.

The capture of Hostoun on April 28, 1945, “resembled a fiesta,” Reed wrote in his report on the operation, listing 300 Lipizzaner horses rescued along with more than 100 of the best Arabian horses in Europe, about 200 thoroughbred racehorses and 600 Cossack breeding horses.

Still, there weren’t enough U.S. troops to ride and drive the horses some 25 miles back to U.S. lines. Then a group of White Russian Cossacks fleeing with their horses from the Soviets offered to help. They left their horses behind, which did end up as food for the Red Army.

The Lipizzaners were returned to Vienna and many of the other rescued horses were sent to Fort Riley, Kan.

“We had seen so many horrors in the previous months that we had to do something wonderful,” Reed would say of the decision to undertake the rescue.

Horses hold a special place of significance for the regiment, which began as a horseback-riding dragoon unit in the early 19th century, Wiggins said. The regiment’s soldiers are still called dragoons today.

“For the Dragoons, 2CAV, we are mounted infantrymen. If it was [on] a horse, an armored car or a Stryker, we will close with and destroy the enemy,” Wiggins said. “Ultimately, horse riding is our cavalry heritage. It’s a (cavalry) thing.”