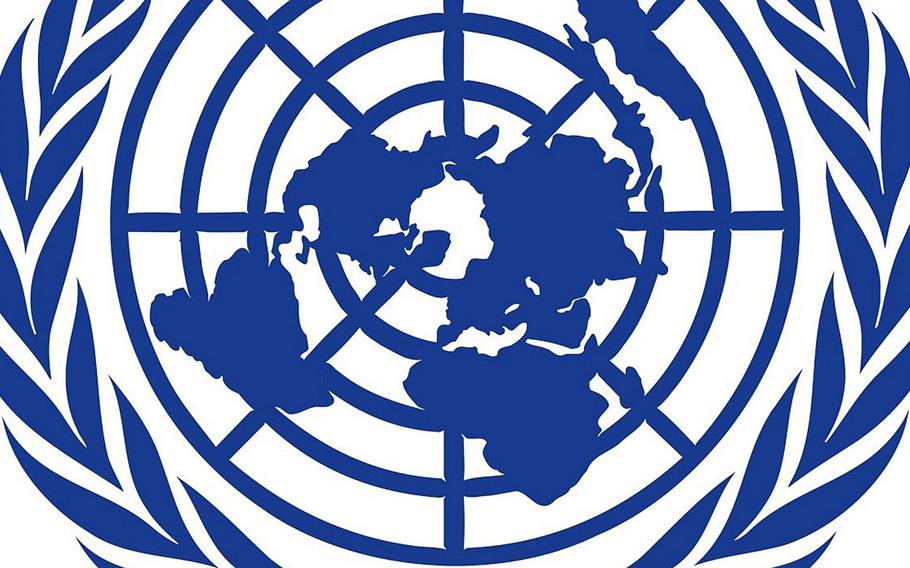 United Nations Assistance Mission in Afghanistan logo. UNMA said on Monday, March 25, 2019, that a preliminary report showed that 13 civilians, including 10 children, were killed by a coalition airstrike in Afghanistan?s Kunduz province. (UNAMA)

KABUL, Afghanistan — Thirteen civilians, including 10 children, have been killed by a coalition airstrike in Afghanistan’s Kunduz province, according a preliminary report from the United Nations released Monday.

The Saturday morning airstrike, near the provincial capital of the same name, also injured several civilians, the U.N. Assistance Mission in Afghanistan said in a statement.

“The Mission expresses serious concern that initial fact-finding indicates that 10 of those killed were children, part of the same extended family,” it said.

The U.S. is the only member of the international coalition known to conduct airstrikes in the country, though the Afghan security forces also conduct strikes of their own.

The United States dropped more bombs and other munitions in Afghanistan last year than in any other full year since documentation began in 2006, according to Air Force data. The trend appears to be continuing this year, with the number of weapons released in January surpassing the highest ever tally for that particular month.

A spokeswoman for U.S. Forces – Afghanistan, which routinely disputes the number of civilian casualties attributed to its strikes by UNAMA, told several news agencies over the weekend that the U.S. had conducted a strike in the Kunduz area on Saturday, which was reportedly part of a 30-hour battle. When asked on Monday, however, Sgt. 1st Class Debra Richardson, the spokeswoman, did not answer questions about the incident, saying the military had “no new information to release” because it was investigating.

Operations against the Taliban in Kunduz began last week, local officials said, but have since been stalled.

“After the incident in which civilians were killed, the military operations were halted,” provincial council member Aminullah Ayedin told Stars and Stripes on Monday. The civilian deaths prompted demonstrations on Saturday, he said.

“People in the province are still angry about the deaths, but the security situation in Kunduz is also worrying,” Aydein said. “We want military operations to fight the Taliban, but the airstrikes need to be more accurate.”

The provincial capital is the country’s fifth-largest city and has long been the focus of Taliban ambitions to extend their territorial control, which included more than 12 percent of the country’s 407 districts, but no major urban areas, a military assessment in October found.

The insurgents have twice infiltrated the city in major attacks, including in October 2015 when they overran and briefly held it. A mistaken U.S. strike at the time destroyed a Doctors Without Borders trauma hospital, killing 42 people. Early on, the military had claimed Taliban fighters were holed up in the facility and using it as a command center, though Doctors Without Borders disputed those claims.

Kunduz was again targeted by the insurgents the following October and parts of the city were overrun, but the U.S. sent “multiple assets,” including Special Forces, to help repel the attack. Afghan airstrikes also pushed back the Taliban advance.

U.S. and Afghan troops in the province last week were fighting in a “complex environment,” while the Taliban were hiding in civilian homes and “maneuvering in and out of compounds without any concern for the families living inside,” Richardson, the military spokeswoman, told the New York Times on Saturday. The previous day, two American troops were killed in an operation in the province. A combined Afghan and coalition ground force was fired on at close range from a checkpoint and from two other directions, Richardson said.

The military was aware of reports of noncombatant casualty claims from the latest strike, Richardson said, but the U.S. maintains the right to “engage the enemy in self-defense and we take every measure to prevent civilian casualties, even as the Taliban intentionally hide behind women and children.” She also suggested that the Taliban may have coerced witnesses through beatings to allege civilians were killed.

The deaths raise to four the number of American troops killed in Afghanistan this year and come as Washington continues direct talks with the Taliban aimed at ending the U.S.’s longest war, now in its 18th year. But the negotiations don’t appear to be preventing the uptick in violence traditionally seen in the spring.

Also on Friday, Taliban insurgents killed 33 government troops in Sangin district in southern Helmand province, officials said. In a separate incident in the province, a Taliban bombing at a festival killed three people and wounded 30.