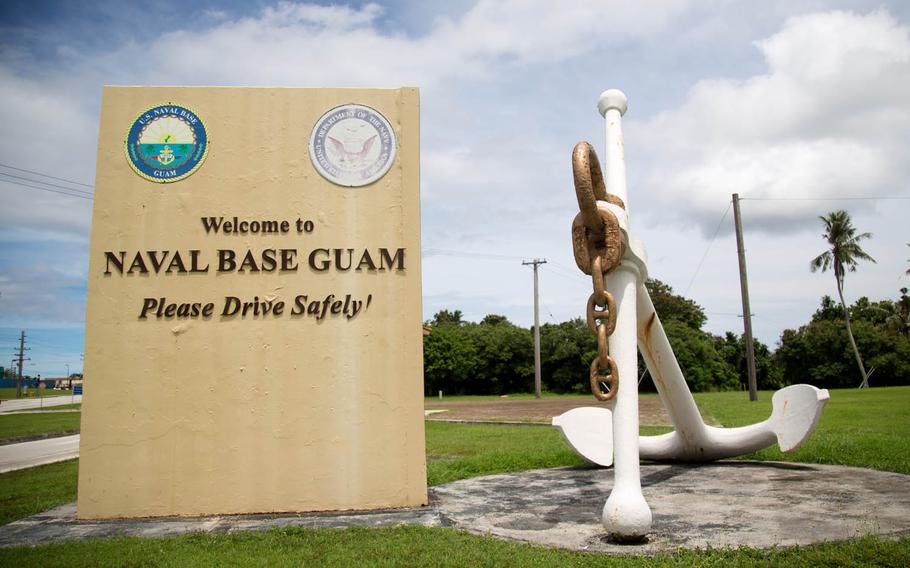 While Typhoon Mangkhut has moved on from Guam and the Northern Marianas, it could take days to assess damage and clean up debris left in the powerful storm’s wake.

The Category 2 typhoon battered the islands Monday afternoon, felling trees and power lines, blocking roads and depositing more than 10 inches of rain on some parts of the island that caused minor flooding and buildings leaks, officials and media reports said.

No injuries were reported among Guam’s military community; however, approximately 80 percent of the island was left without power Tuesday, U.S. military officials and the Pacific Daily News reported.

“We fared the storm,” Joint Region Marianas spokesman Lt. Ian McConnaughey said Tuesday afternoon. It “didn’t hit us as hard as it could have … We’re fully mission capable at both bases.”

Mangkhut had been slated to pass about 40 miles north of Andersen Air Force Base and 59 miles north of Hagatna at approximately 8 p.m. Monday, according to the National Weather Service on Guam. Its highest winds — 67 mph sustained and 87 mph gusts — were recorded at Andersen between 9 and 11 p.m. Monday.

By 5 a.m. Tuesday, winds began to subside, though small-craft and high-surf advisories remained in effect throughout the day, the National Weather Service said.

Some U.S. military facilities on Guam were operating on generators Tuesday afternoon, McConnaughey said, but he believed all base facilities and on-base housing units had power.

Navy ships normally stationed at Guam remained at sea Tuesday as a precaution.

“We’ll be back up soon,” he said. “People [venturing out] need to be careful.”

Mission-essential personnel have been recalled, but all others were told to stay away until normal base operations begin on Wednesday.

A Coast Guard Sector Guam statement said some personnel were underway Tuesday assessing waterways and port conditions. Aided by the Pacific Strike Force, which operates out of Alameda, Calif., they were “actively” making rounds on the islands of Guam, Saipan, Rota and Tinian.

The ports of Guam and Saipan were open to all commercial vessels and cargo operations at 4 p.m., the Coast Guard said. The ports at Tinian and Rota remained closed pending the completion of safety inspections.

Stars and Stripes correspondent Dave Ornauer contributed to this report.