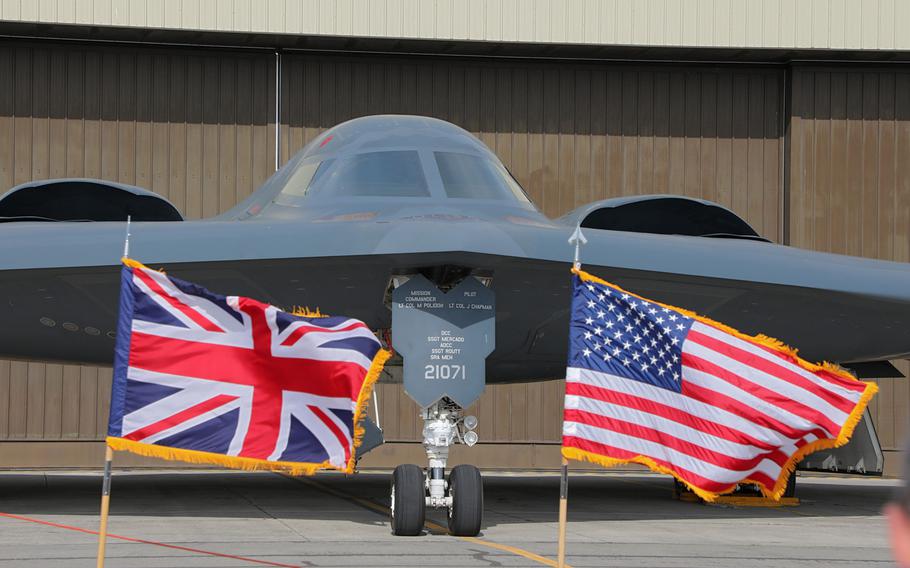 A B-2 Spirit stealth bomber from the 509th Bomb Wing out of Whiteman Air Force Base is displayed for media at RAF Fairford, England, Aug. 30, 2019. (Christopher Dennis/Stars and Stripes)

A B-2 Spirit stealth bomber from the 509th Bomb Wing out of Whiteman Air Force Base is displayed for media at RAF Fairford, England, Aug. 30, 2019. (Christopher Dennis/Stars and Stripes) 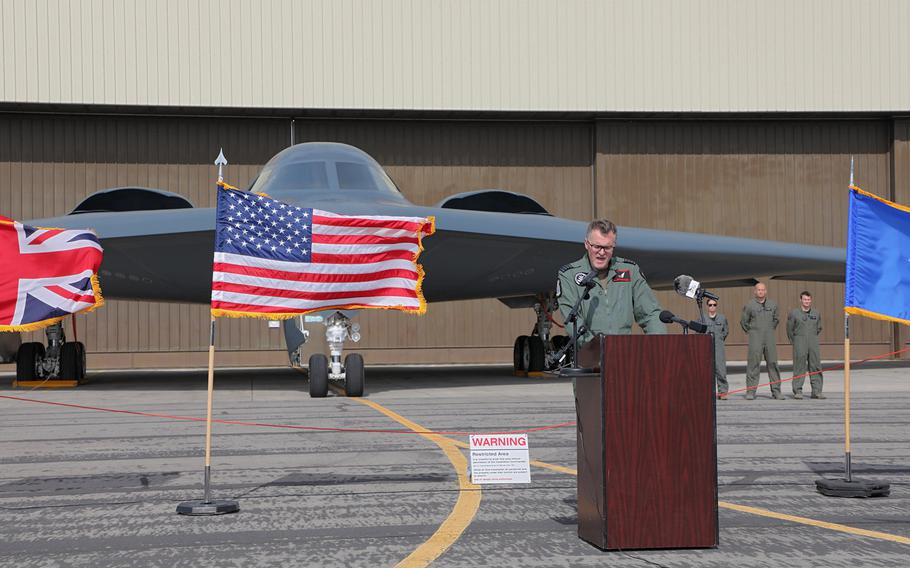 RAF Group Capt. Richard Yates speaks at RAF Fairford, England, in front of a B-2 Spirit from the 509th Bomber Wing Aug. 30, 2019. (Christopher Dennis/Stars and Stripes) 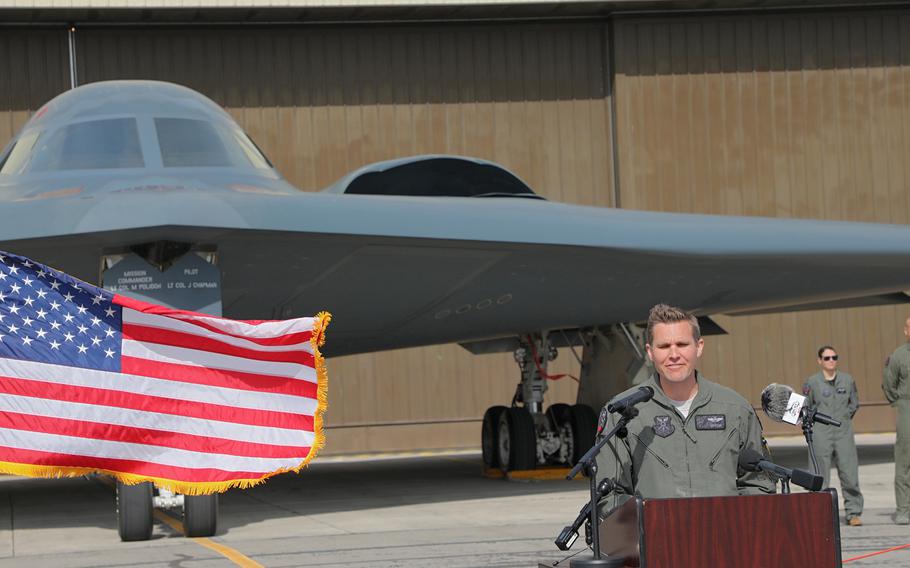 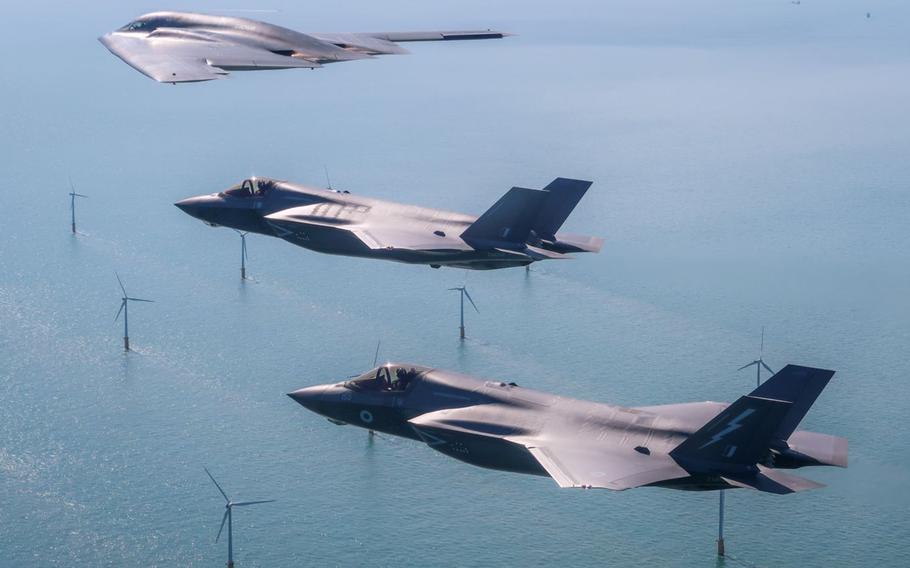 The visit of the three B-2 Spirit bombers from the 509th Bomber Wing, Whiteman Air Force Base, Mo., is part of the service’s effort to stage more short strategic bomber rotations in Europe and elsewhere, and to improve response times in case of a crisis.

“This training demonstrates U.S. support to NATO and ... also enhances the U.S.’s ability to integrate bombers with fifth-generation fighter aircraft like the F-35,” an Air Force statement said.

There has been at least one Air Force bomber rotation in Europe every year since 2014, when Russian forces annexed Ukraine’s Crimean Peninsula. RAF Fairford routinely hosts those bomber deployments.

“Working alongside international fifth generation aircraft provides unique training opportunities for us, bolsters our integration capabilities and showcases the commitment we have to our NATO alliance,” said Lt. Col. Robert Schoeneberg, the B-2 task force commander.

The B-2s have trained with the F-35s since arriving in England on Tuesday, Schoeneberg told reporters at a ceremony Friday.

Britain’s air force and navy have ordered 48 F-35s and plan to acquire a total of 138 over the life of the program.