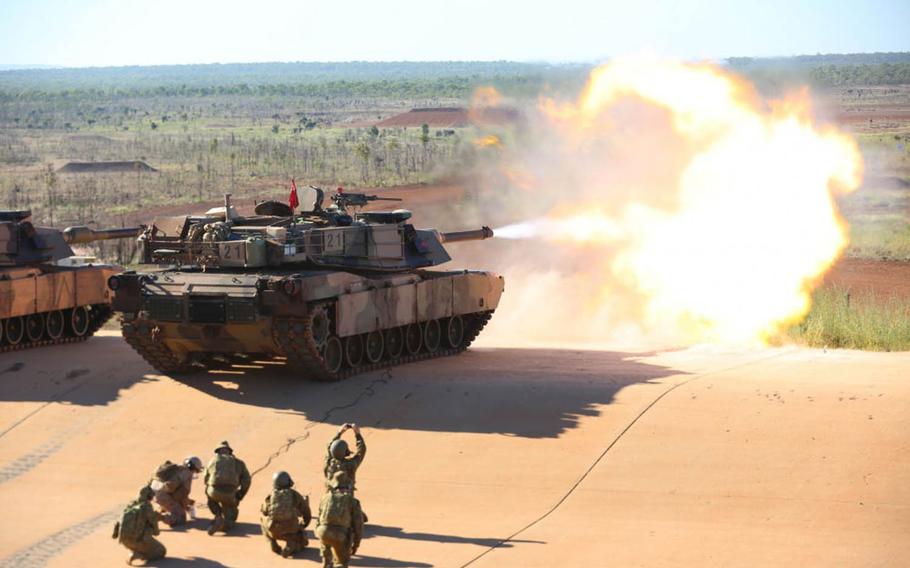 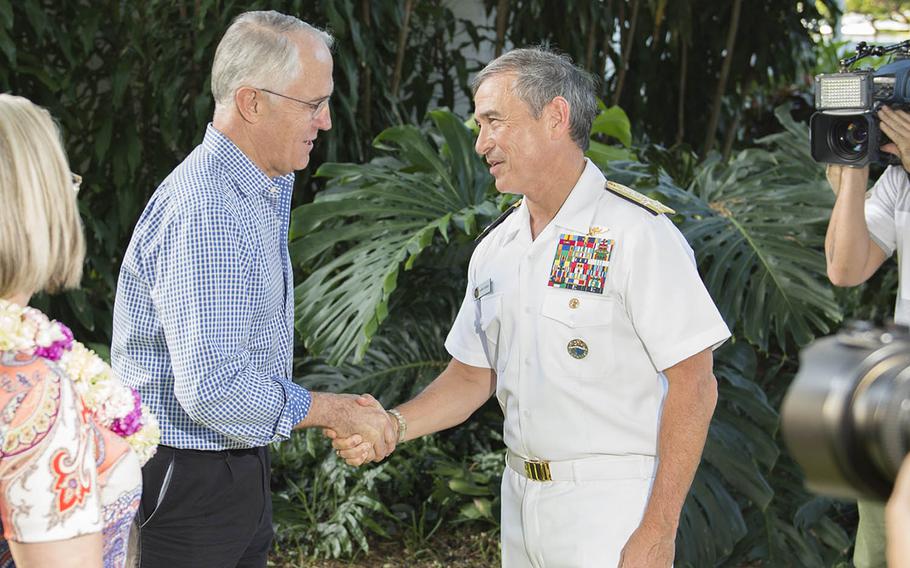 In his third trip to Australia in just over a half-year, the head of U.S. Pacific Command on Wednesday reiterated America’s commitment to the longtime alliance between the two nations, describing it as key to preventing the spread of jihadi terrorist groups in the region.

“I assure you that we take this alliance very seriously, indeed,” Adm. Harry Harris told an audience at the Australian Strategic Policy Institute in Brisbane.

“Foreign fighters are passing their ideology, resources and methods to local, homegrown, next-generation radicals,” Harris said of Islamic State fighters returning from Iraq and Syria, where they have steadily been losing ground.

“Only through multinational collaboration can we eradicate this ISIS disease before it spreads further in this region,” he said.

Harris was in Australia to kick off the Talisman Saber exercise the following day, which will bring together more than 33,000 troops from both countries for training that will include two amphibious landings.

Harris is among a blitz of American officials who have visited this key Pacific ally with reassurances after a rocky start in January between newly inaugurated President Donald Trump and Australian Prime Minister Malcolm Turnbull.

In a testy phone call that he reportedly cut short, Trump complained to Turnbull of an agreement brokered under former President Barack Obama for the U.S. to accept refugees from Australia, which the new president later tweeted was a “dumb deal.”

Both leaders have since downplayed the episode, but the new American president has left many Australians skeptical of their longtime ally.

A recent Lowy Institute Poll found that 60 percent of Australians said Trump caused them to have an unfavorable opinion of the United States.

Harris underscored the importance of the U.S.-Australia alliance with a list of officials who have visited the country in recent months: Vice President Mike Pence in April and earlier this month Defense Secretary Jim Mattis, Secretary of State Rex Tillerson and Sen. John McCain.

Harris said the jihadi siege of a city in the southern Philippines should serve as a “wake-up call” for every nation in the region. Parts of the city of Marawi on the island of Mindanao have been held by Islamic State-linked militant groups since late May.

“In just a matter of months, Hapilon started uniting elements of several violent extremist organizations — building a coalition under the ISIS black flag,” Harris said. “These terrorists are using combat tactics that we’ve seen in the Middle East to kill in the city of Marawi in Mindanao — the first time ISIS-inspired forces have banded together to fight on this kind of scale in this region.”

He said a “natural partnership” for countering violent extremist organizations in the region could include Australia, New Zealand, America, Philippines, Indonesia, Malaysia and Bangladesh, some of which “may have elements in their countries sympathetic to ISIS’s cause.”