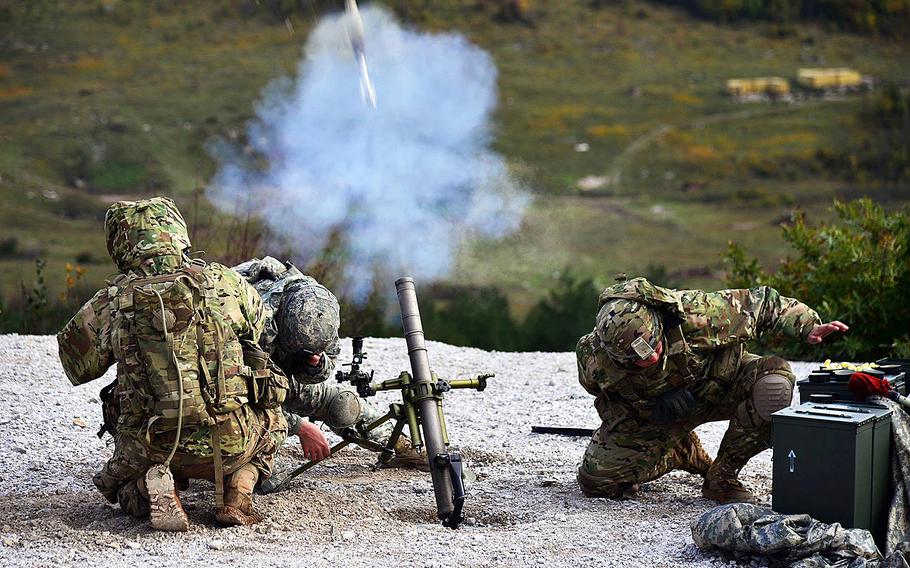 A smaller U.S. Army, stretched too thin to fight two wars simultaneously, was judged "weak" in an annual assessment of U.S. military power issued by a conservative think tank.

The declining state of the overall readiness of the force — a situation leaders from all military branches have long warned was reaching crisis levels — was a major factor in the poor scorecard, according to the Heritage Foundation’s 2016 Index of Military Strength, released Wednesday.

“(T)he U.S. does not have the right force to meet a two–major regional contingency requirement and is not ready to carry out its duties effectively,” said the Foundation, which is often critical of the Obama administration. “Consequently, the U.S. risks seeing its interests increasingly challenged and the world order it has led since World War II undone.”

The two-major contingency requirement refers to the ability to respond to two regional conflicts simultaneously.

While the U.S. enjoys overwhelming military superiority on the world stage and is unmatched in its ability to deploy forces across the globe, Heritage concluded the military is in a continuing state of decline.

“Threats against American interests are stronger and more numerous than a year ago; key regions are more unstable, and our military capabilities have weakened further over the past year,” Dakota Wood, senior editor of the Index, said Wednesday. “These are very disturbing trends.”

North Korea was singled out as a “severe” threat to U.S. interests, followed by Russia, China and terrorism out of Afghanistan/Pakistan, which all rated “high.” Terrorist organizations from the Middle East, where groups such as the Islamic State group operate, was called an “elevated” threat with only “aspirational” capacity to threaten the U.S.

The Army, which Heritage rated as marginal last year, was singled out as a service in a state of serious decline. In the Heritage Foundation’s, the key testing factor was each service’s ability to respond to two regional conflicts simultaneously, a long-standing military objective that Pentagon officials in recent years have acknowledged difficulty meeting.

Rather than being able to fight two large-scale wars, the Pentagon’s 2014 Quadrennial Defense Review modified that demand, requiring that the military “be capable of defeating a regional adversary in a large-scale multi-phased campaign, and denying the objectives of – or imposing unacceptable costs on – a second aggressor in another region.”

The Army in particular is unprepared for such a contingency, according to the Heritage Foundation.

Degraded readiness, fewer troops and a reduction in brigade combat teams were cited as main areas of concern, the foundation found. In an analysis of past conflicts, the Army on average commits 21 brigade combat teams for a major conflict, which means meeting two conflicts simultaneously would require 42 brigades available for use.

However, the Army brigade restructuring cuts the number of BCTs from 38 to 32. Moreover, as of March only 12 active brigades were ready for action and only three ready for “decisive” action, the Army reported at the time.

“With this in mind, actual readiness is therefore likely dangerously close to nearing a state of ‘very weak,’” the Heritage Foundation concluded.

Degraded readiness also was a factor for the Navy and Marines, which received overall “marginal” scores, the same as last year. That puts them in the middle of a five-point scale ranging from very weak to very strong.

With the continued decline in the Navy’s fleet size, poor readiness assessments and uncertain funding increases, “the Navy’s score could degrade to ‘weak’ in the near future if it does not reverse course,” the report said.

A lone bright spot in the Heritage analysis was the capacity of the Air Force, which received a rating of “very strong.” With about 1,113 fighter aircraft, the force has the air power needed to fight two regional conflicts.