US and Ukraine launch navy drills in the Black Sea 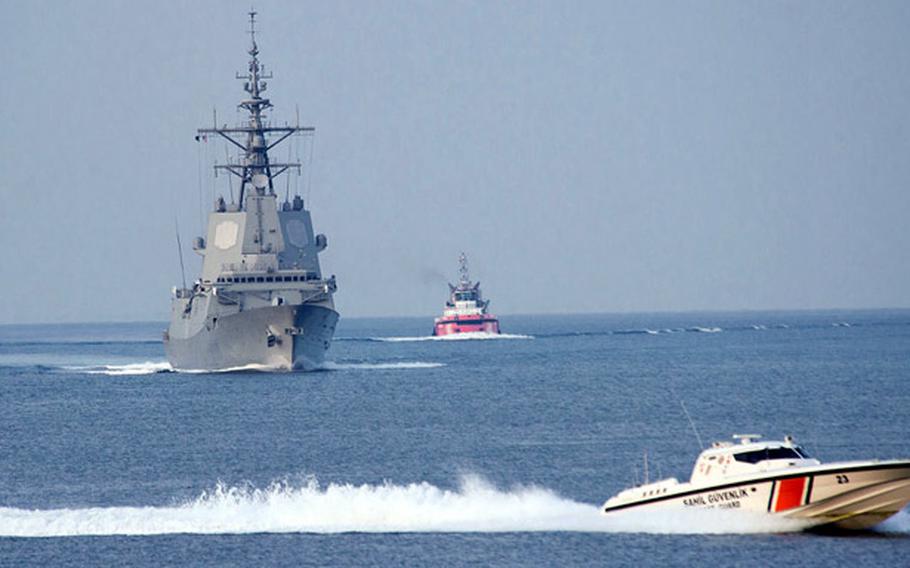 The U.S. Navy began a three-day exercise in the Black Sea with Ukraine and several other militaries on Monday.

Exercise Sea Breeze 2014, a long-standing U.S. European Command exercise, will focus on maritime interdiction operations as a primary means to enhance maritime security. Other components of the exercise focus on communications, search and rescue, force protection and navigation, according to EUCOM.

The Navy’s USS Ross is one of the vessels participating in the drill, which was planned before relations with Russia soured over Moscow’s intervention in Ukraine earlier this year.

About 280 U.S. servicemembers will participate in the event.

This year’s exercise, now in its 13th iteration, is being co-hosted by the U.S. and Ukraine.

Next week, troops from the Vicenza, Italy-based 173rd Airborne Brigade will also be taking part in more training with Ukrainian forces when soldiers head into Yavoriv, Ukraine, for the multinational ground forces exercise Rapid Trident.

Some 1,300 troops from 15 countries will take part in the exercise, the first to be held on Ukrainian soil since Russia’s annexation of Ukraine’s Crimea Peninsula.