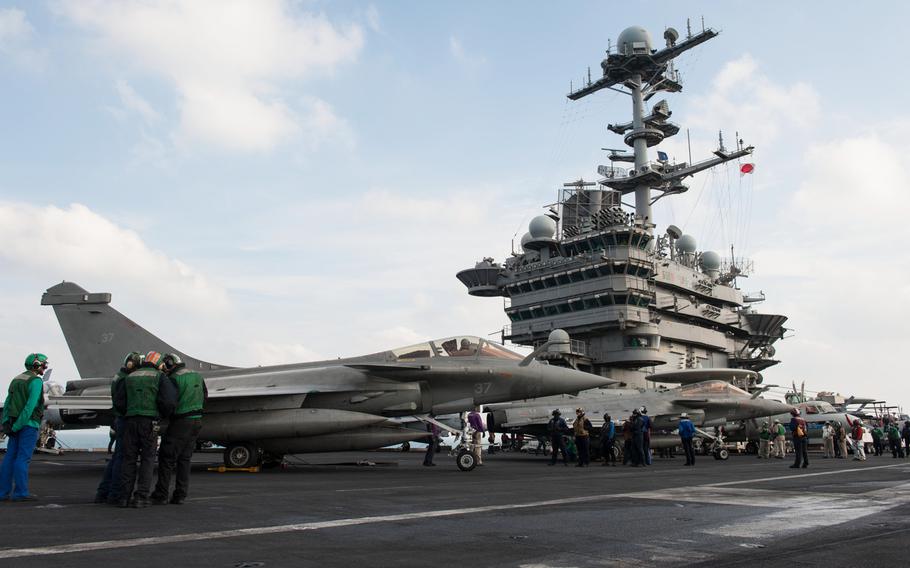 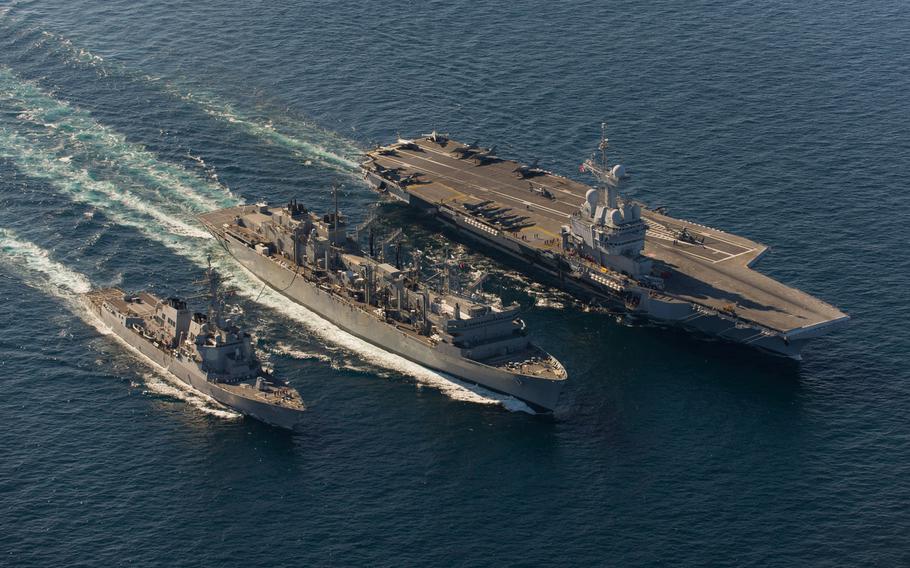 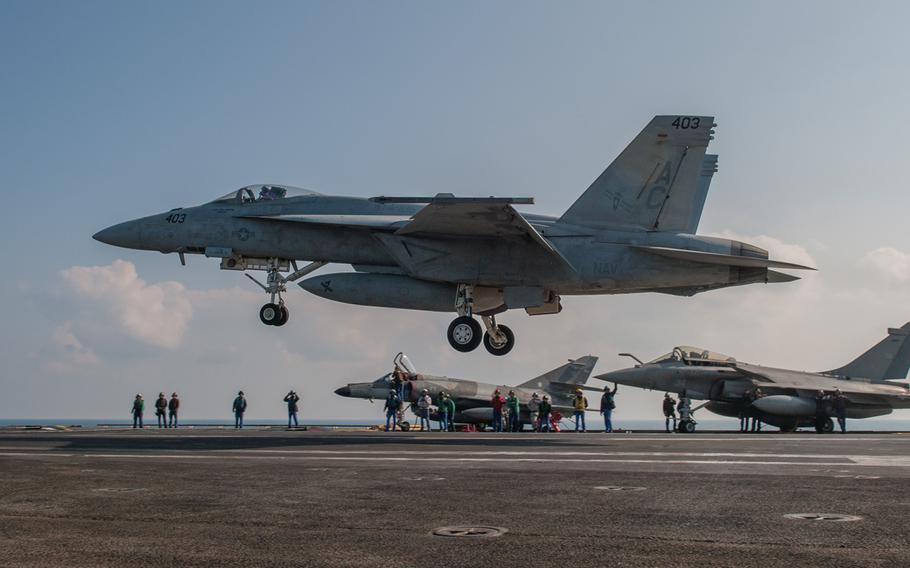 During the five weeks, U.S. F/A-18 Hornets and Super Hornets landed and conducted operations from the Charles de Gaulle, and French aircraft landed and launched from the Truman, the main differences being use of hand and launch signals, according to a Navy press release.

Lt. Cmdr. Rob Littman, an F/A-18 Hornet pilot, was one of the few pilots from the Truman who had the opportunity to land on the Charles De Gaulle. “The ship is a bit smaller than the Truman, and they use an older version of the lens that we use to judge where you are on glide slope, but the rest of the procedures were nearly identical,” he said in an email to Stars and Stripes from the Truman. “I was more excited than nervous,” he added.

Rear Adm. Kevin Sweeney, commander of the Harry S. Truman Carrier Strike Group, in a phone interview with Stars and Stripes from out at sea said having the French come out to operate with the U.S. Navy took about a year of planning.

“Quite frankly, I think this is the first time this has ever happened — period — that we’ve done this level of cooperation and inter-operations before,” Sweeney said.

U.S. and French ships operated together in the Gulf of Oman, in the Northern Arabian Sea, and the Persian Gulf, conducting joint fight operations, boarding exercises, live-fire gunnery exercises, air defense exercises and combat search and rescue training, according to a Navy release.

Officials said those combined operations were not only to enhance the levels of cooperation and interoperability between the two navies, but also to reassure regional allies.

“We are always trying to build trust and confidence in this area of the world that we are here for the long haul, and that we are committed to the safety and stability within this region,” Sweeney said.

Sweeney called the combined operations a “huge success,” adding he would like to see more of such cooperation. “I think the key here is, we need to avoid this kind of event being so episodic,” he said.

The Truman carrier strike group has been operating in the Middle East since August, and is over half way through a nine-month deployment.