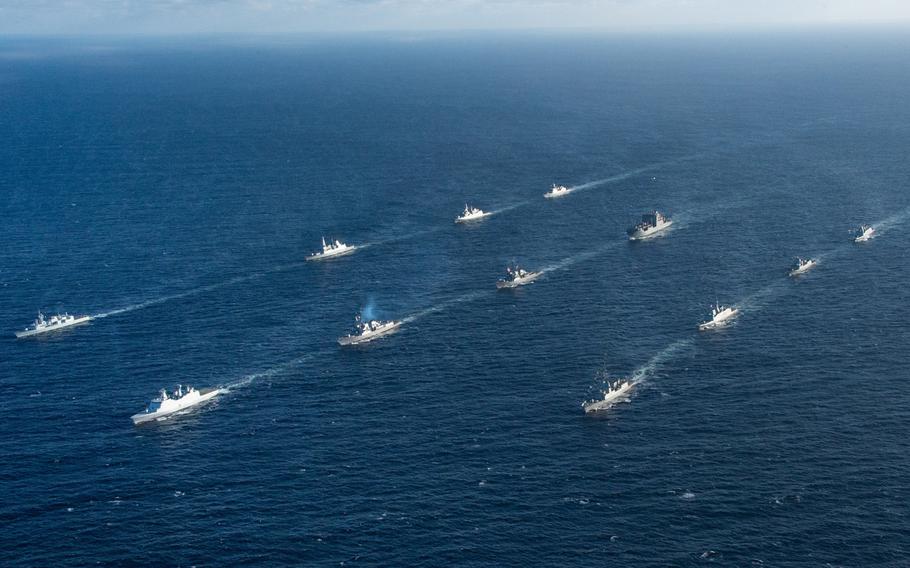 Ships steam in formation in the Atlantic Ocean on May 9, 2019, during exercise Formidable Shield. Nine nations are participating by contributing ships and aircraft, including Canada, Denmark, France, Italy, the Netherlands, Norway, Spain, the United Kingdom and the U.S. (Susan Damman/U.S. Navy)

Ships steam in formation in the Atlantic Ocean on May 9, 2019, during exercise Formidable Shield. Nine nations are participating by contributing ships and aircraft, including Canada, Denmark, France, Italy, the Netherlands, Norway, Spain, the United Kingdom and the U.S. (Susan Damman/U.S. Navy) 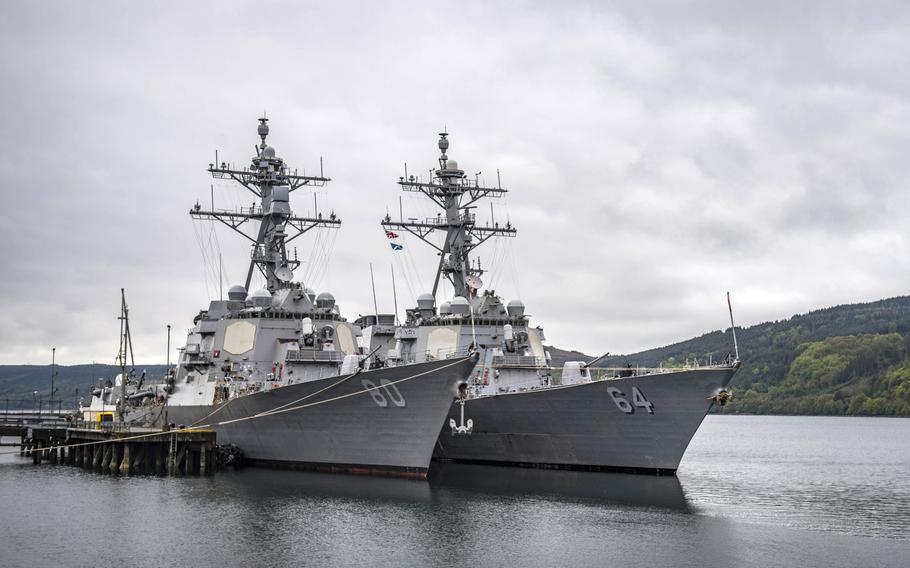 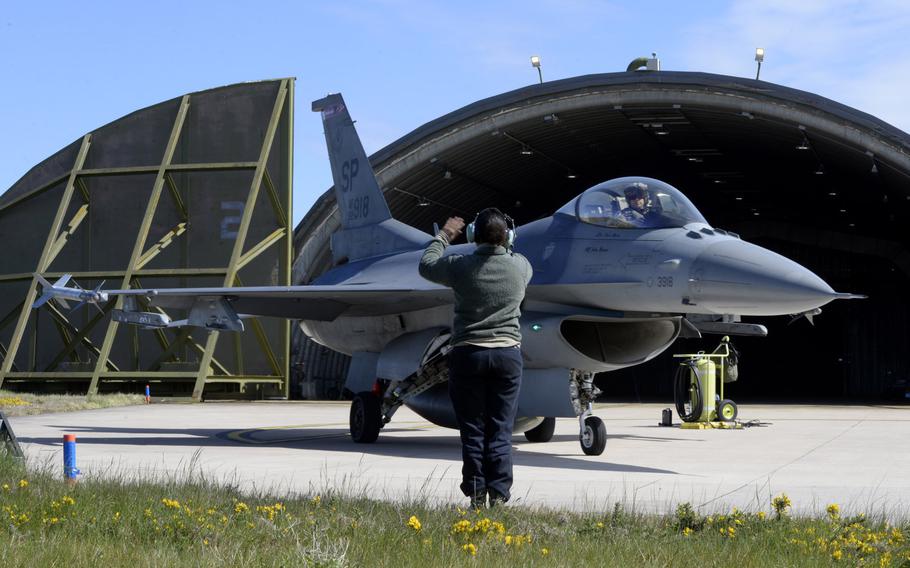 U.S. and allied warships were slated to begin live-fire drills off the coast of Scotland on Friday as part of an exercise designed to test NATO’s ability to coordinate missile defense during a fight at sea.

NATO’s Formidable Shield 2019 exercise is underway with more than 3,000 troops taking part in the drills that are focused on showcasing allied power.

The drills, which run until May 19, come at a time of angst in Europe in connection with concerns that Russia’s development of a new missile system – the SSC-8 – poses a new kind of threat.

The U.S. and NATO say the Russian system violates the Cold War-era Intermediate-Range Nuclear Forces Treaty, which the Trump administration warned it will be forced to abandon later this summer if Moscow doesn’t come back into compliance.

Meanwhile, Formidable Shield is focused on improving allied defenses against a range of missile threats, as well as conducting drone intercepts.

Thirteen ships and more than 10 aircraft are taking part, with contributions from Canada, Denmark, France, Italy, the Netherlands, Norway, Spain, the United Kingdom and the U.S. The U.S. destroyers, USS Carney and USS Roosevelt, are taking part along with the cargo vessel USNS Medgar Evers.

The launch of Formidable Shield comes as allies begin a series of major military exercises across Europe.

On Friday, U.S. Army Europe launched Immediate Response, which takes place in Croatia, Hungary and Slovenia and involves about 6,500 troops form 15 countries. The exercise is focused on ground forces coordination efforts to deter aggression in the Balkan region, which is an area of growing concern for U.S. commanders.

Meanwhile, NATO on Thursday kicked off its Crisis Management Exercise, which has been conducted 22 times since 1992. The drill tests decision-making procedures in the event of a major crisis that triggers NATO’s Article 5 provision, in which allies respond to an attack on a member state.