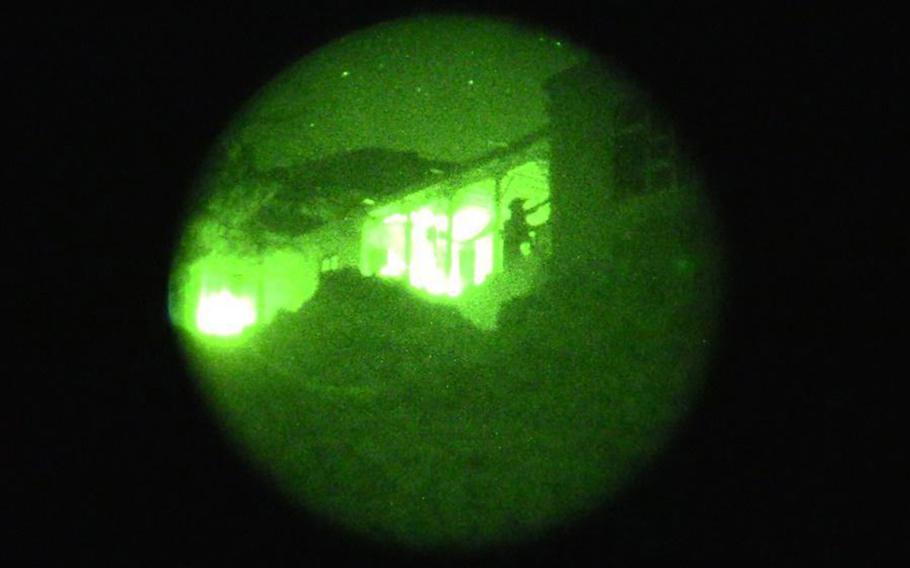 KABUL, Afghanistan — U.S. and Afghan special operations forces killed nearly two dozen Islamic State fighters in northern Afghanistan last week, the U.S. military said. A nighttime raid on Wednesday in Jowzjan province’s Darzab district killed 22 fighters, said a statement released on Sunday. The action came less than a week after a U.S. airstrike killed the group’s emir for northern Afghanistan, Qari Hekmatullah, in the same district. The raid was launched nearly a year after the U.S. dropped the largest non-nuclear bomb ever used in combat on an Islamic State cave complex in eastern Nangarhar province, the group’s main base at the time. Since then, the militants have spread to the north and their numbers have grown from between 600 and 700 to over 1,000, according to U.S. officials. “The recent Afghan and U.S. special operations raid will lead to the tactical defeat of IS-K in northern Afghanistan,” said Army Gen. John Nicholson, the top U.S. commander in the country, using an acronym for Islamic State-Khorasan Province, the local branch of the group. “Pockets of former Taliban fighters may claim allegiance to IS-K, but they are isolated and losing,” Nicholson added. “We have them on the defensive. They will not win.” The U.S. military, as part of its counterterrorism mission in Afghanistan, has been helping Afghan forces battle IS-K since 2016, predominantly in eastern areas like Nangarhar, which was the deadliest province for U.S. forces last year. However, much of the fight has now shifted north. U.S. and Afghan forces have killed 90 ISIS fighters in Afghanistan this year, the majority in Jowzjan’s Darzab district, the military statement said.wellman.phillip@stripes.comTwitter: @pwwellman