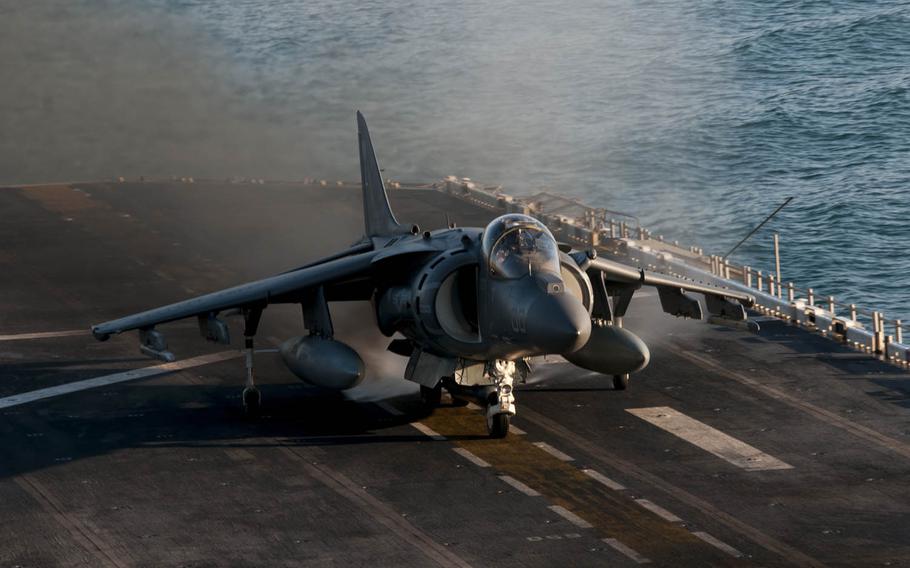 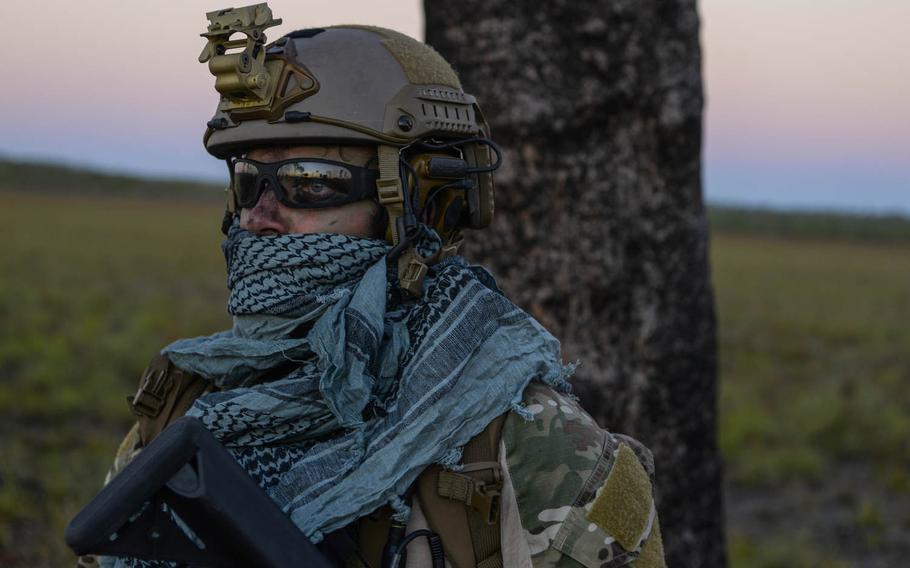 A special tactics combat controller from the 320th Special Tactics Squadron waits for the rest of his team to arrive after performing a high-altitude low opening jump during exercise Talisman Sabre in Northern Territory, Australia, on July 10, 2015. Talisman Sabre participants have the opportunity to further enhance their ability to respond to crises as part of a joint or combined effort. (U.S. Air Force) 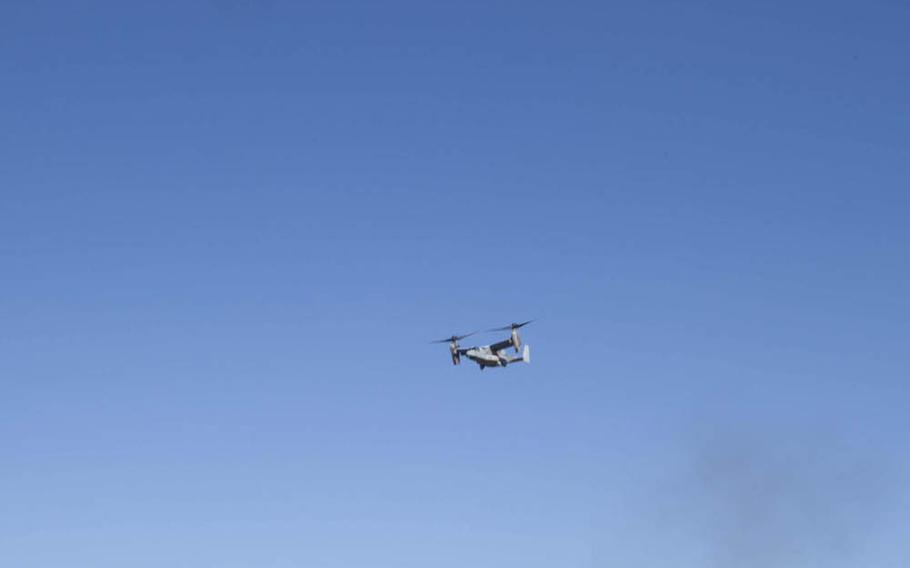 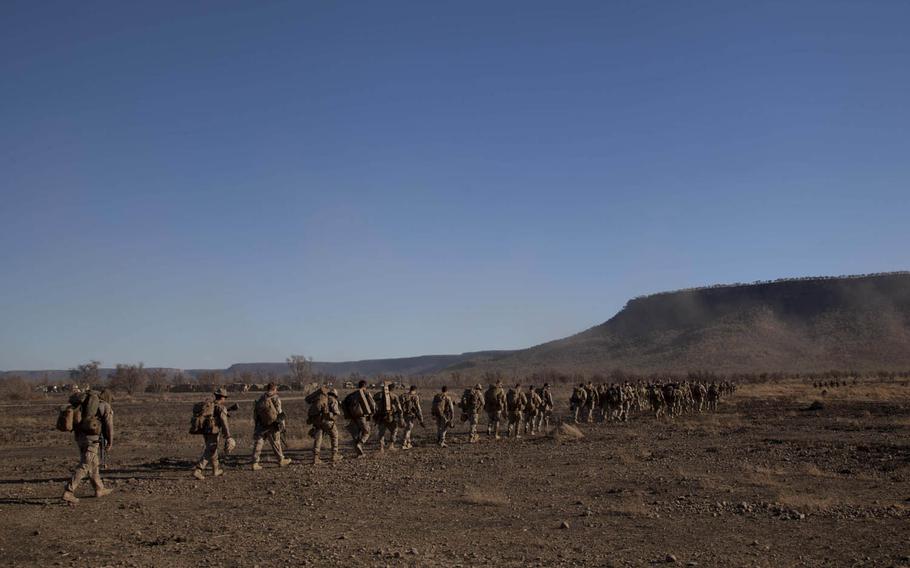 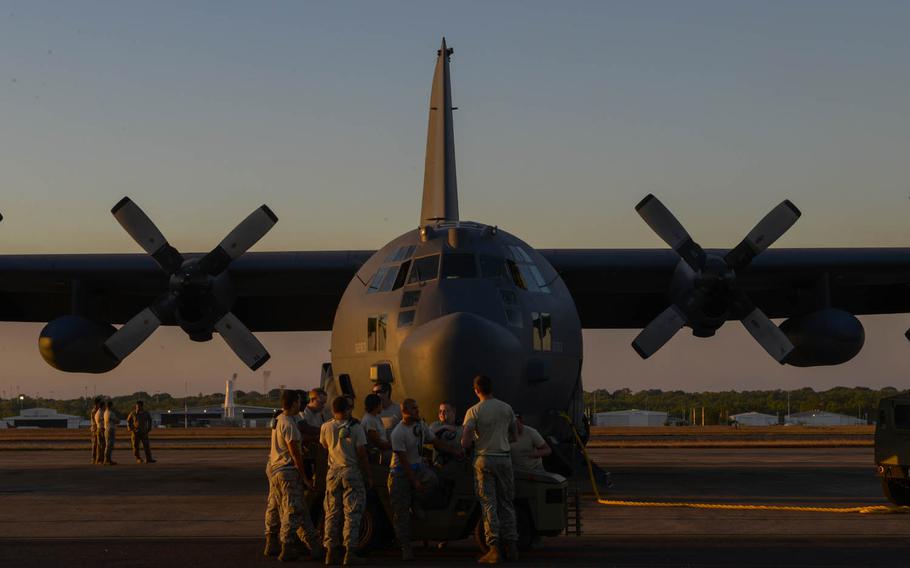 Members of the 353rd Special Operations Maintenance Squadron hang out before preparing an MC-130H Combat Talon II for takeoff during Talisman Sabre exercises in the Northern Territory of Australia, July 13, 2015. (U.S. Air Force)

U.S., Australian, New Zealand and Japanese commanders are hoping to declare victory over a fictitious enemy on Saturday during the biennial Talisman Sabre exercise.

The sixth installment of the exercise — which began July 4 and involves more than 33,000 personnel conducting air, sea and land operations in Australia, Hawaii and San Diego — ends Sunday.

U.S. Navy Lt. Lauren Cole, a 7th Fleet public affairs officer, said the exercise was a chance for Japanese and New Zealand troops to see how U.S. and Australian forces work together.

Westwood has been aboard the 7th Fleet flagship USS Blue Ridge for the duration of Talisman Sabre, acting as chief of staff to the commander of the U.S. 7th Fleet.

Meanwhile, tens of thousands of troops, 150 aircraft and 25 ships have been testing their capabilities in the field.

“We have folks in Brisbane (Australia) running a land campaign…the maritime folks are doing the same thing in San Diego,” Westwood said. “We are fully simulating a high-end war-fighting environment.”

The exercise has tested commanders’ ability to make decisions ahead of the enemy, and it has involved civilian diplomats working alongside the military, he said.

“Our aim is to restore security and stability in a fictitious nation and hand it over to a legitimate government,” he said.

“Virtual and live training was stretched from the Shoalwater Bay Training Area in Central Queensland (Australia) to the Fog Bay/Bradshaw Field Training Area, in the Top End of the Northern Territory (Australia),” he said in comments forwarded by military public affairs. “The USS Blue Ridge played a vital role in commanding and controlling the combined force across this vast area.”

A key characteristic of the exercise was the integration of the U.N. Security Council Resolution 1325 for Women, Peace and Security, he said.

“Planning and execution focused on measures to limit the impact of conflict on women and children, and ensuring the involvement of women in post conflict reconstruction,” Smith said.

Those involved in the exercise will be tired by the end of it, but that many will have made new friendships, Westwood said.

“I hope that somewhere around 11 a.m. tomorrow we can declare victory,” he said.