US, allies train for enemies big and small in Bulgaria 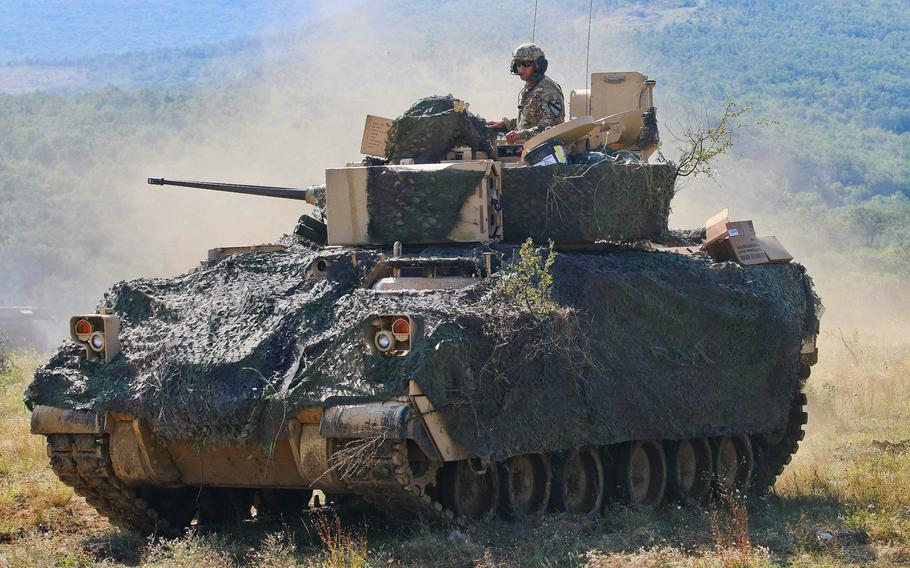 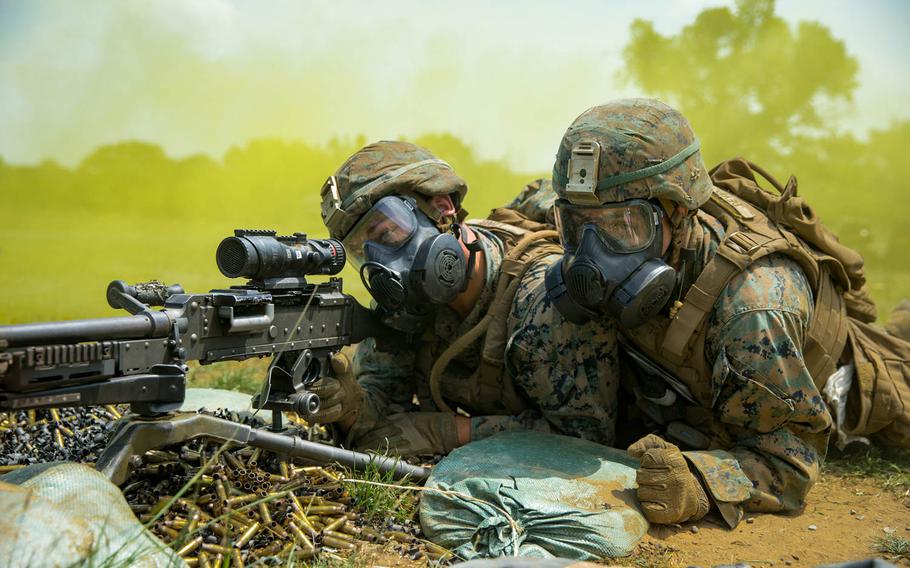 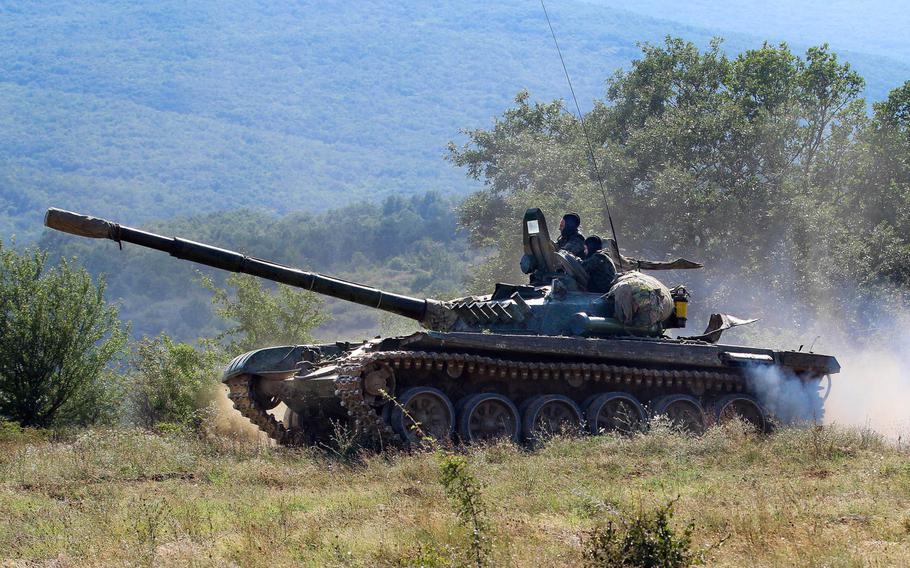 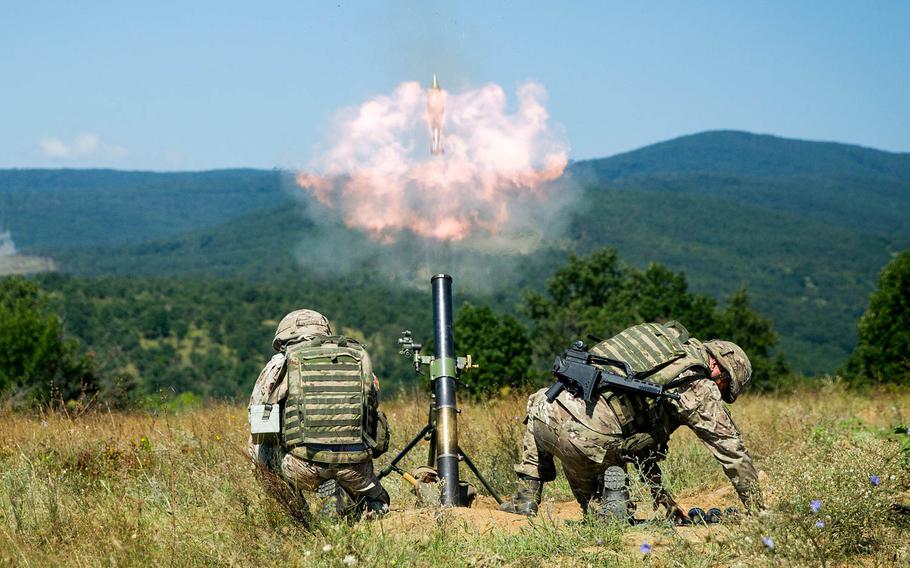 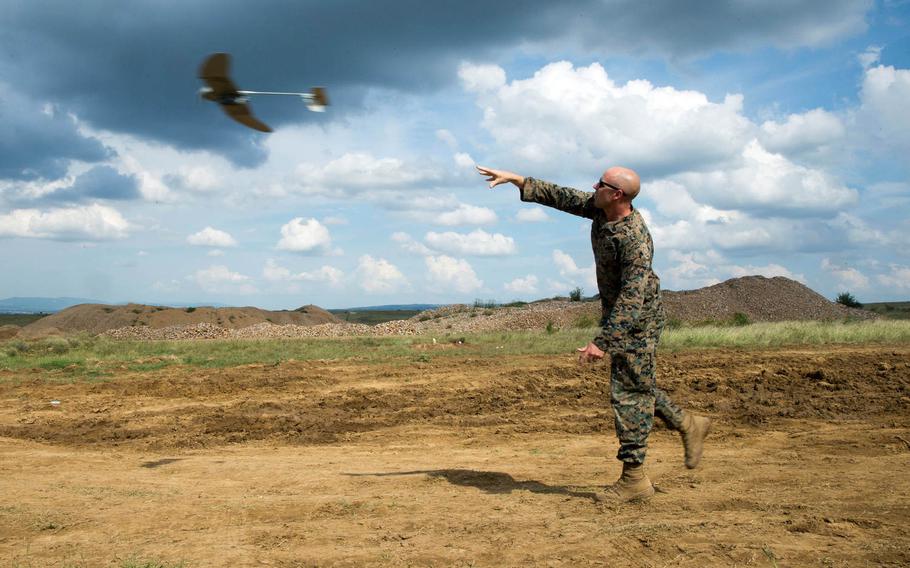 U.S. forces on rotation in Bulgaria wrapped up counterinsurgency training that included troops from Serbia, one of Moscow’s closest friends in Europe.

“This is the first of many exercises my company and the Bulgarian forces will execute while we are here,” said U.S. Army Capt. Nick Spicocchi, an observer-controller for one of the multinational companies at the exercise.

The annual exercise is a show of support for NATO allies and “gave us the opportunity to grow and develop procedures for operations together,” Spicocchi said.

The armored brigade is on a nine-month rotation to Europe, to provide tanks and armored vehicle support to Eastern Europe. It is part of Operation Atlantic Resolve, the United States’ ongoing mission to safeguard the region following Russia’s 2014 annexation of the Crimean Peninsula.

The Army’s 1ABCT was joined by Marines from the Black Sea Rotational Force, who are deployed to the area on a six-month stint.

The exercise brought together about 700 troops and up to 100 vehicles from the U.S., Bulgaria, Albania, Georgia, Moldova, Romania, Serbia and Montenegro.

In the first few days of the exercise, the soldiers practiced casualty evacuations, live-fire ranges, and marksmanship, before moving on to a scenario where the multinational force had to act as one against a near-peer enemy.

In the scenario, the fictitious enemy defended assaults from U.S. Bradley Fighting Vehicles and partner forces’ T-72 tanks and MI-24 Hind gunships, then counterattacked the armored contingent with anti-tank weapons and gas attacks.

In another scenario, U.S., Bulgarian and Serbian soldiers cleared a mock public building of terrorists.

This combination of near-peer fighting and counterinsurgency is similar to fighting going on in eastern Ukraine, across the Black Sea from the exercise, where Ukrainian forces have battled Russia-backed separatists since 2014.

Lt. Lazar Pavlovic, who commanded the Serbian infantry platoon participating in this year’s drills, said he was very satisfied by the level of training.

“Although weather conditions were very difficult (due to the heat), we succeeded in accomplishing all the objectives of the exercise,” he said, as cited by Serbian media reports.

NATO bombed Serbia during a 78-day aerial onslaught in 1999 to prevent a crackdown on ethnic Albanians in that country’s Kosovo province, which later declared independence from Serbia. Since then, Serbian foreign policy has been very close to Russia. Still, in the past several years Serbian forces have regularly drilled with NATO partners.