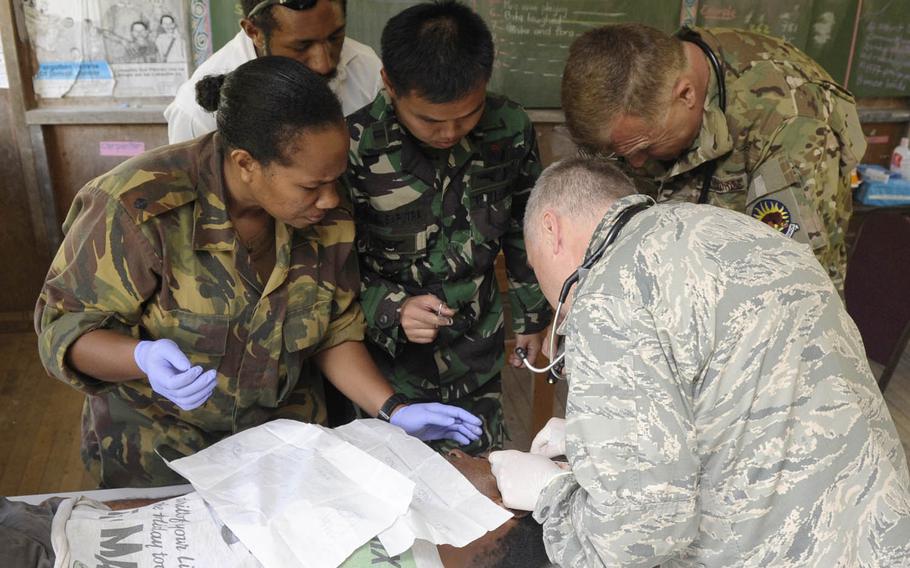 About 80 U.S. troops are in Cambodia for Pacific Angel 2016, an annual humanitarian-aid mission that runs through June 18.

The U.S. military, along with its Cambodian counterparts and military personnel from Australia, Thailand and Vietnam, will assist the people of Kampot province with civil-engineering projects and health care.

Engineers will contribute to reconstruction projects on four schools and two health centers in the city of Kampot, while health care providers will offer general medical, dental, optometry and pediatric care in the more rural areas of the province.

Experts in humanitarian assistance and disaster relief from the U.S. and Cambodian militaries will also exchange techniques.

Pacific Angel has improved the lives of tens of thousands of people in Asia-Pacific countries since it began in 2007, an Air Force statement said. This is the fourth Pacific Angel held in Cambodia.