US, allies brace for end of Cold War-era nuclear deal 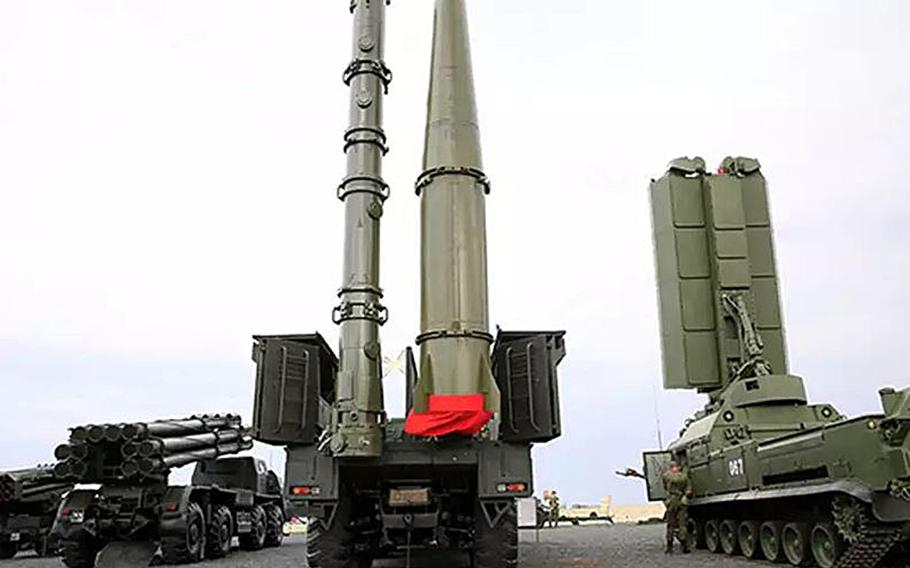 STUTTGART, Germany — A U.S. deadline for Russia to come into compliance with a key nuclear treaty will expire Saturday, sparking concerns of a looming arms race as allies brace for the end of a Cold War-era accord.

During a NATO meeting in December, Washington gave Moscow 60 days to come into compliance with the Intermediate-Range Nuclear Forces Treaty. If no last minute breakthrough is reached, the U.S. on Saturday will begin the six-month process of pulling out of the 1987 pact. Analysts have warned that the collapse of the treaty could affect the military balance in Europe and usher in a dangerous new era of nuclear brinkmanship.

“Unfortunately, we have seen no signs of a breakthrough,” NATO Secretary-General Jens Stoltenberg said Thursday during a news conference in Romania. “So we must prepare for a world without the INF treaty.”

The INF treaty bans missiles with a range between 310 and 3,400 miles. Washington and NATO claim a new Russian system violates those limits. Moscow has denied the accusations and says the system, known as the 9M729 SSC-8, has a maximum range of just 298 miles.

By quitting the treaty, the U.S. could begin developing new systems to counter Russia, but Washington hasn’t spelled out how it will respond.

“We either bury our head in the sand or we take common-sense action,” Secretary of State Mike Pompeo said during the Dec. 4 meeting in Brussels.

The U.S. decision to withdraw from the treaty isn’t all about Russia. Washington also is concerned that China, which is not a signatory, is able to freely develop midrange systems while Washington is constrained by the INF.

Earlier this month, China tested an intermediate-range missile dubbed “the Guam killer,” which purportedly has enough range to strike U.S. bases in the Pacific.

In the past, Russia has also complained that the INF treaty limits its response to neighboring states, which are developing their own ground-launched midrange missiles.

Still, NATO commanders are examining the security ramifications in light of Russia’s new missiles and the impending collapse of the INF treaty.

“This missile, the SSC-8, is nuclear-capable, hard to detect and able to reach European cities,” Stoltenberg said.

“NATO must maintain credible and effective deterrence and defense,” Stoltenberg said. “At the same time, allies are firmly committed to arms control. And we must look at new initiatives. Because a new arms race would be in no one’s interest.”