US airstrikes in Syria continue despite another report of civilians killed 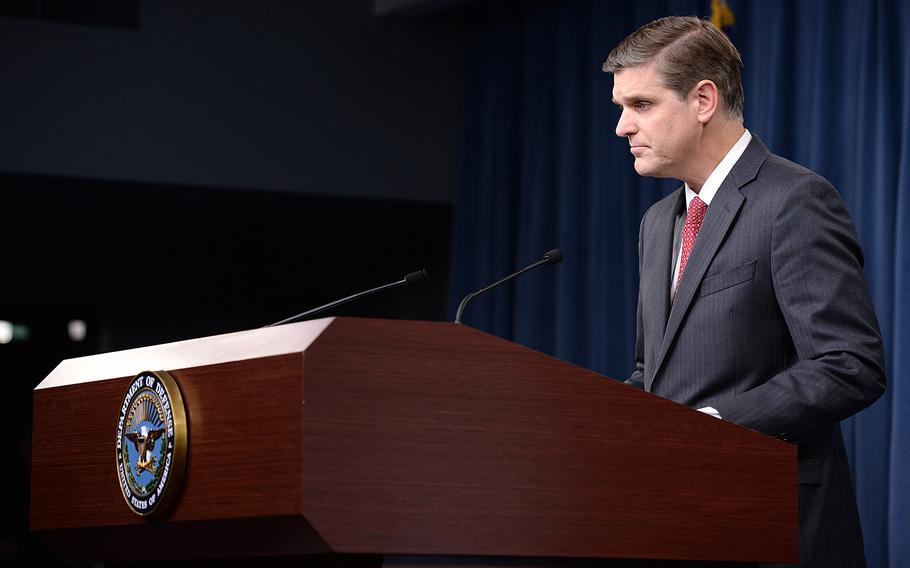 The anti-Islamic State coalition was conducting a “credibility assessment” after its own internal reporting indicated civilians might have been killed in the strike near Manbij, where a battle has continued for weeks between U.S-back Syrian Democratic Forces and the terrorist group, said Peter Cook, the Pentagon’s press secretary.

A watchdog group, the Great Britain-based Syrian Observatory for Human Rights, alleged in a statement that the strike killed 28 civilians.

Central Command this week launched a formal investigation into allegations an airstrike on July 19 killed scores of civilians just north of Manbij. It is conducting a second “credibility assessment” that an attack on July 23 also killed noncombatants.

Typically, the Pentagon is allowed 14 days to conduct its initial assessment to determine whether there is enough evidence to launch a formal AR 15-6 investigation. Cook did not say when any of the open investigations would be completed.

Some Syrian groups have called for the United States to cease its bombing campaign near Manbij, where it has conducted more than 500 airstrikes in recent weeks. Anas al-Abdeh, president of the Istanbul-based National Coalition, said civilian deaths hurt the campaign and provide recruitment fodder for the Islamic State group.

But Cook vowed the air war would continue in Manbij, a key city that sits along a supply route between the terrorists’ de facto capital of Raqqa and the outside world through Turkey.

“This is a complicated situation, and we will continue to apply the rigor that we always do in terms of minimizing the risk to civilians, but we are supporting (SDF) forces because this is a critical moment in this campaign,” Cook said. “… That requires air support by the coalition that we will continue to provide.”

The Pentagon has acknowledged killing 55 civilians in its nearly two-year bombing campaign against the Islamic State group in Iraq and Syria. If the locals claims of civilian deaths near Manbij are substantiated, it would more than double the number of noncombatants the United States has admitted killing in the war.

Amnesty International last week called for “a prompt, independent and transparent investigation” into the allegations.

“Anyone responsible for violations of international humanitarian law must be brought to justice and victims and their families should receive full reparation,” said Magdalena Mughrabi, interim deputy director of the Middle East and North Africa Program at Amnesty International.

The OIR coalition would examine each allegation and “find out exactly what happened here and take whatever lessons we learn from that and apply that to how we conduct our missions,” Cook said.