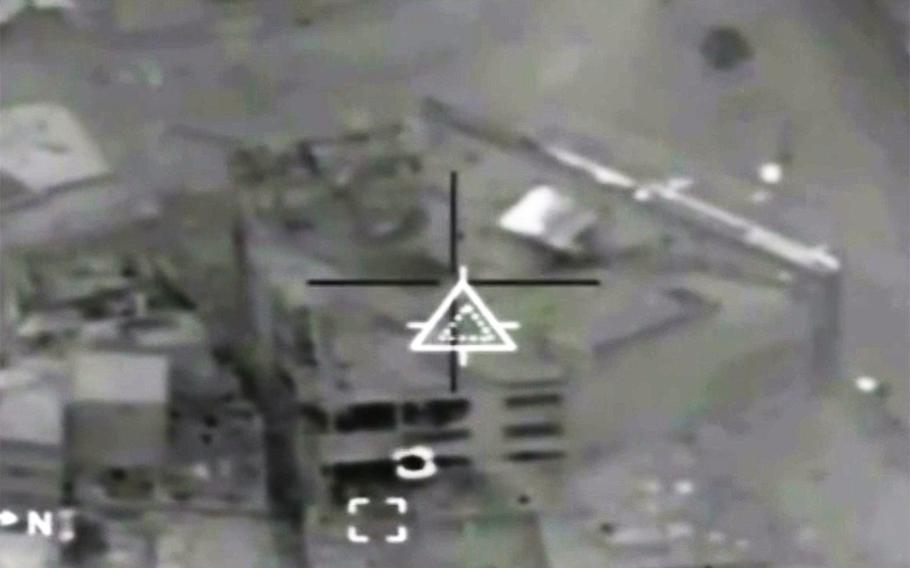 WASHINGTON — U.S. airstrikes on Monday against an Islamic State cash distribution site in Mosul destroyed money worth “tens of millions” of dollars that the militants were using to fund their terrorist operations.

U.S. aircraft dropped precision-guided bombs – 250-pound GBU-39s and 1,000-pound GBU-31s – against a large, multistory building that quickly caught fire and collapsed after the airstrikes, according to Col. Steve Warren, the Baghdad-based spokesman for Operation Inherent Resolve.

He said the cash destroyed was either U.S. dollars or Iraqi dinars but he could not confirm the currency.

“But we do know we have impacted [the Islamic State’s] ability to pay their fighters in the near term,” Warren said.

Since the summer, U.S. and coalition strikes have hit nine cash distribution facilities in Iraq and Syria. Warren said it was difficult to calculate how much money in total the strikes have destroyed. Monday’s airstrike was the second against a cash facility in Mosul in the last week and is part of an overall escalating air campaign against that city, which has been under Islamic State control since the summer of 2014.

Iraqi forces are in the early stages of preparing a counteroffensive to retake the city later this year, and the airstrikes against the cash distribution sites are part of the U.S. and coalition effort to dry up the Islamic State’s ability to generate funds – through strikes on oil facilities – and burn up the terror group’s cash, Warren said.

“They operate on cash – there is no credit in [the Islamic State] – so a combination of taking away their ability to earn money by striking oil and taking away the money they have on hand by striking the ‘Daesh cash’ really puts the squeeze on them,” Warren said. “We believe continuing this pressure on both the oil and their actual money itself is going to, over time, really eat away at their ability to continue their operations.”

The strikes on the cash facilities also reflect a greater willingness by U.S. and coalition forces to risk civilian casualties by hitting the bank sites, though Warren said the total number of civilians who could have been killed by the collective strikes remains low.

“It’s tragic and not something we want to do,” he said, adding the number of civilians likely killed by the nine strikes so far remains in the single digits, and that investigations will be conducted as warranted.