US airstrikes have destroyed Islamic State cash worth hundreds of millions 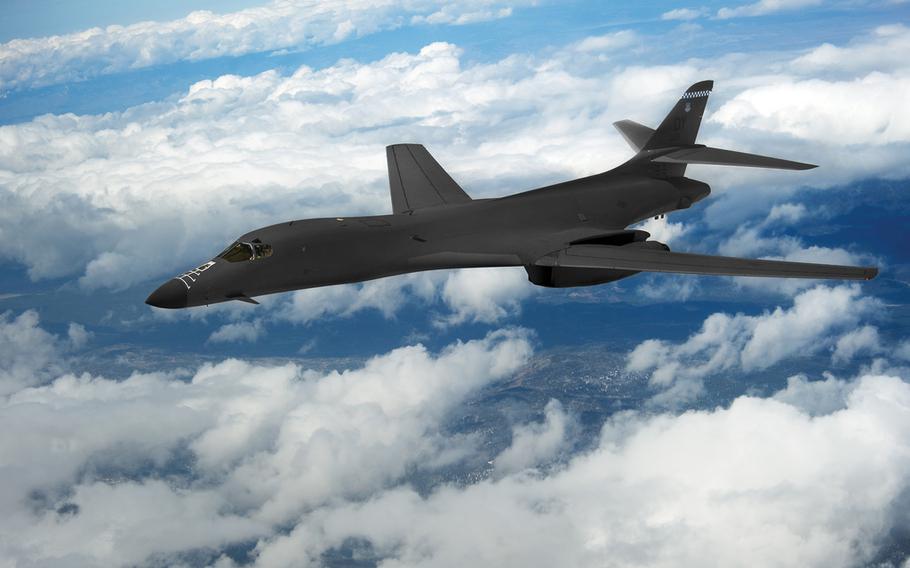 The Air Force uses a variety of warplanes to carry out airstrikes against Islamic State, from single-prop Predator drones to huge B-1 bombers, similar to the one seen here. (U.S. Air Force)

WASHINGTON — The U.S. airstrike over the weekend of another Islamic State financial site has increased the estimated amount of cash destroyed into the “hundreds of millions,” according to Col. Steve Warren, the Baghdad-based spokesman for Operation Inherent Resolve.

It was the 10th airstrike since the fall by U.S. and coalition warplanes targeting Islamic State financial centers in Iraq and Syria. The financial centers are locations where the terror group collects cash to distribute to its fighters as salary or to fund its terror operations.

Warren said the attacks on the financial sites, in combination with airstrikes against Islamic State-controlled oil production facilities and trucks that the group uses to ship oil, has impacted its ability to support its forces.

“We’ve seen reports of [the Islamic State] having to reduce salaries to its fighters, in some cases as much as half,” Warren said Wednesday. ‘They’re cutting people’s salaries, they are cutting wages. This to us is a fairly significant indicator that these strikes against their ability to generate revenue is beginning to squeeze them a little bit.”

Warren said the United States has been able to identify buildings as key financial centers for the Islamic State through intelligence collected.

Last month, when the United States hit its ninth Islamic State financial target, Warren had said the cash destroyed was in the “tens of millions.” He did not elaborate on how the United States was able to recalculate how much money was destroyed.

“It is in the hundreds of millions,” Warren said.