US airman tests positive for coronavirus upon arrival in South Korea 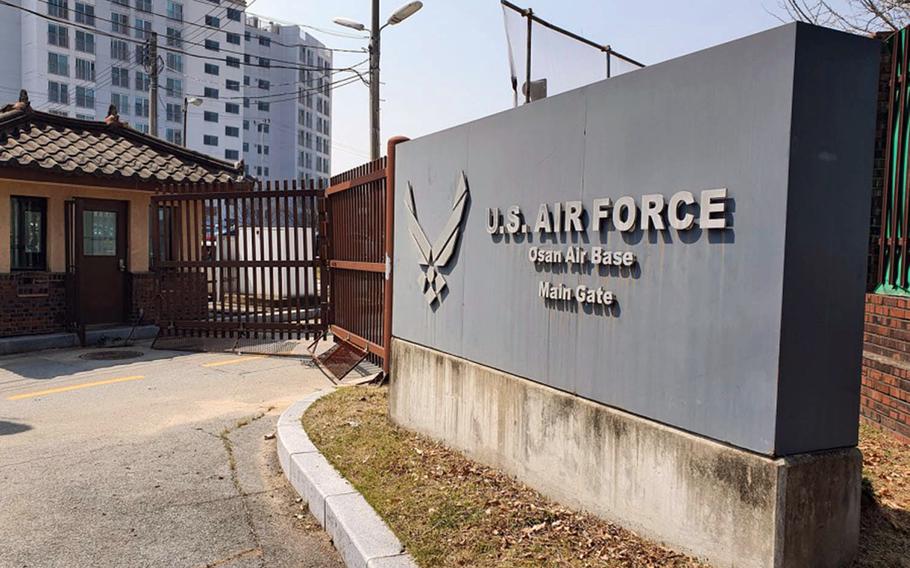 Buy Photo
Osan Air Base is home to the 51st Fighter Wing on the Korean peninsula. (Matthew Keeler/Stars and Stripes)

SEOUL, South Korea — A U.S. service member tested positive for the coronavirus after flying on a government-chartered flight from the United States to South Korea for a new assignment, the military said Monday.

The report raised to 36 the number of confirmed cases affiliated with U.S. Forces Korea, including 12 active-duty service members, since an outbreak began in late February.

The airman was tested and placed in a quarantine facility as part of mandatory procedures after arriving at Osan Air Base aboard the Patriot Express on Wednesday, USFK said in a press release.

“Since testing positive, the airman has been moved to Osan’s isolation facility designated for confirmed COVID-19 cases,” it said, referring to the disease caused by the virus.

Only three of the active-duty service members who were infected remain in isolation, including the recent arrival, since the others have recovered, USFK said.

The airman’s quarantine room was thoroughly cleaned, but military health professionals determined there was little need to do contact tracing since all passengers on the flight had been tested and immediately quarantined for at least two weeks.

Troops must also receive a negative coronavirus test result before being released.

The command has loosened anti-coronavirus restrictions on most bases in South Korea. However, the quarantine process continues for USFK personnel traveling to the divided peninsula from abroad in line with similar demands from the South Korean government for all arrivals.