US airlift of Burundian troops to Central African Republic under way 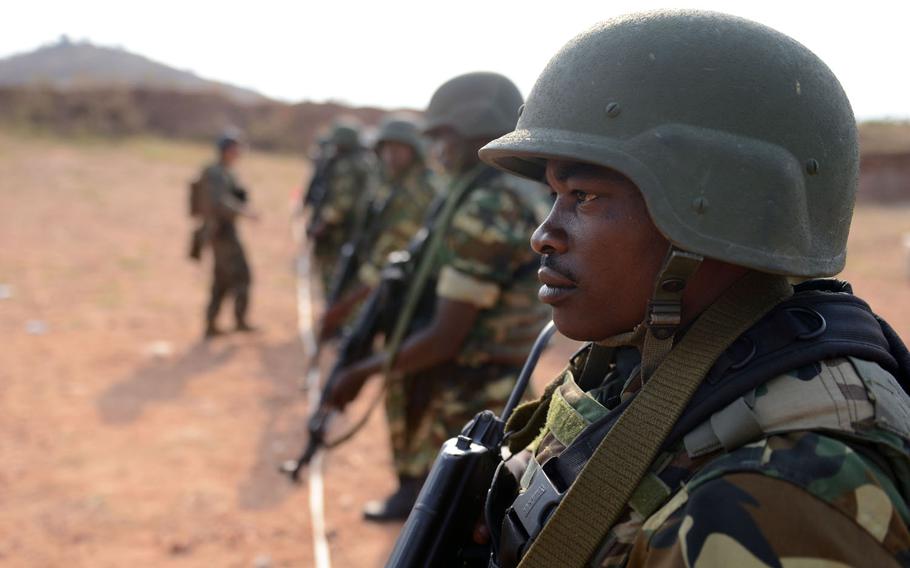 WASHINGTON — On Thursday, a U.S. Air Force C-17 transport aircraft began airlifting Burundian peacekeepers and their equipment from Burundi to the Central African Republic to try to stem the bloodshed in the CAR, according to U.S. Africa Command.

Two C-17s will ultimately transport a light infantry battalion consisting of 850 Burundian troops about 900 miles from Bujumbura, Burundi, to Bangui, the capital of the CAR. It will take about a week to complete the airlift, according to Maj. Rob Firman, a Defense Department spokesman.

The U.S. military already has security and logistics personnel in Bangui to help unload the C-17s when they arrive. The current U.S. military footprint in the CAR is “very, very small,” Firman said.

After the aircraft complete each day’s delivery of personnel and equipment, they return to Uganda, from where they will be operating during the airlift mission. The crew will recover overnight in Entebbe before resuming operations, AFRICOM said.

The airlift was announced by DOD earlier in the week after Secretary of Defense Chuck Hagel received a request from his French counterpart asking for U.S. assistance in getting African troops into the country quickly.

France is deploying 1,600 soldiers to the CAR, and the African Union will increase its contribution to 6,000. The CAR is a former French colony that has been plagued by instability since it gained independence in 1960.

Sectarian tensions between Christians and Muslims are fueling violence in the CAR, where hundreds of people have reportedly been killed by warring militias since last week. The latest round of fighting began in March when Muslim rebels overthrew the government of President Francois Bozize.