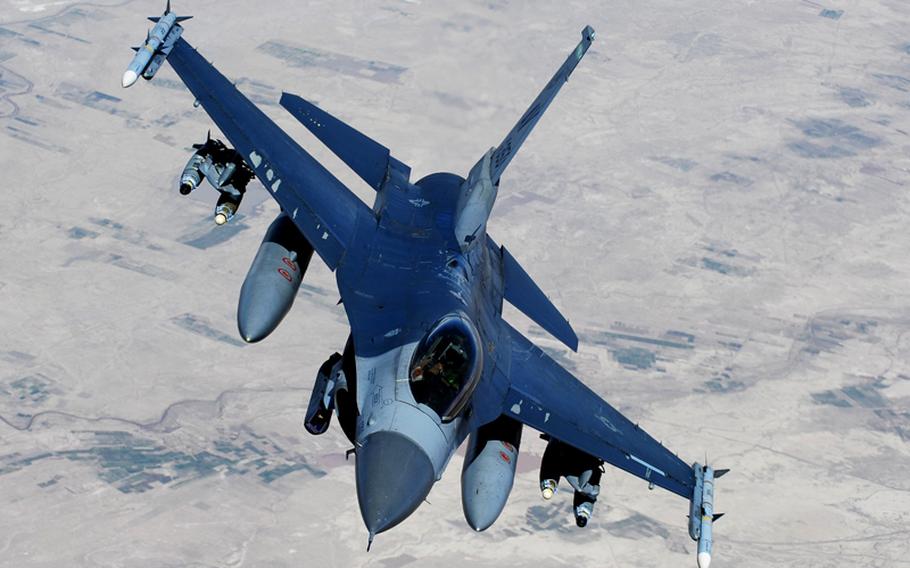 An F-16 Fighting Falcon from Aviano Air Base, Italy, moves away after receiving fuel from a KC-135 Stratotanker over Afghanistan in this March 2011 photo. (William Greer/U.S. Air Force)

WASHINGTON — Squadrons worldwide that were grounded by budget cuts in April were scheduled to start flying again Monday, the Air Force announced.

The restoration of flight operations is happening because Congress gave the Pentagon leeway to move money around within its accounts, shifting funds away from acquisitions and other uses in order to pay for operations.

In April, Air Combat Command announced it would cut 45,000 flying hours through the remainder of the fiscal year, forcing the grounding of about one-third of its combat aircraft.

“Since April we’ve been in a precipitous decline with regard to combat readiness,” Gen. Mike Hostage, commander of Air Combat Command, said Monday in a written statement. “Returning to flying is an important first step but what we have ahead of us is a measured climb to recovery.”

In addition to combat units, the reprogramming will restore flying hours to operational and test units, including the Air Force Warfare Center’s Weapons School, the Aggressor Squadrons and the Thunderbirds aerial demonstration team.

The restoration of flying hours remains in effect until the end of September, when the current fiscal year ends. The Defense Department endured a $37 billion budget cut this year after a spending cap was imposed when Congress failed to agree on deficit-cutting legislation.

A similar but larger cut, known as sequestration, could hit DOD again next year if overall government spending is not brought in line with federal law.

“This decision gets us through the next several months but not the next several years,” Hostage said. “While this paints a clearer picture for the remainder of FY13, important questions remain about FY14 and beyond.”

The flying hours are being paid for through reductions in acquisitions that will affect Air Force capabilities in the long run, Hostage said.

“We are using investment dollars to pay current operational bills,” he said. “(A)nd that approach is not without risk to our long-term effectiveness.”