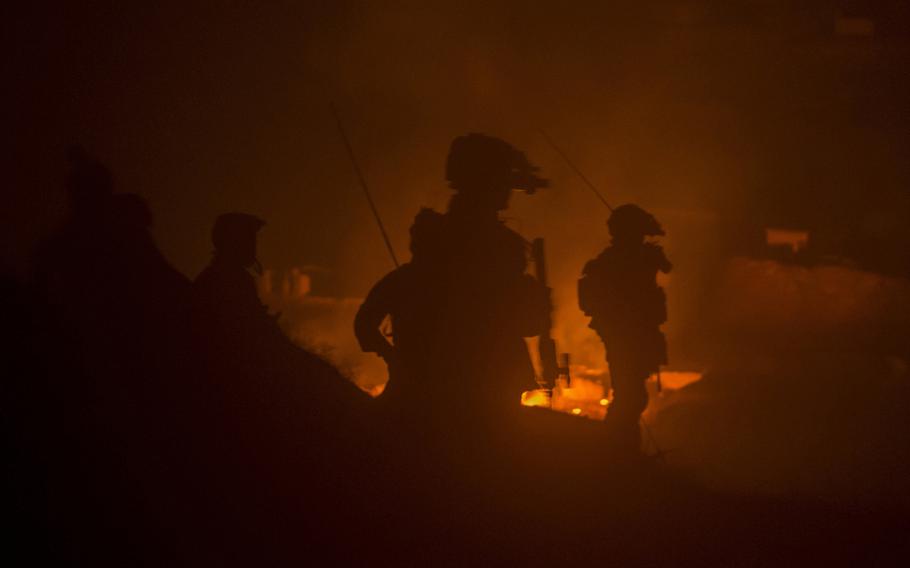 About one in 10 Islamic State fighters in Afghanistan are foreign fighters, the top U.S. general in the country said Thursday, in a statement touting recent U.S. and Afghan operations targeting the group.

Islamic State-Khorasan, or IS-K, has now spread from eastern Afghanistan to the country’s northwest, where fighters were believed to be receiving foreign fighters and weapons. Most of its foreign fighters are from within the region.

The foreign IS-K fighters “are primarily Pakistani Pashtun,” said Gen. John Nicholson, commander of U.S. Forces-Afghanistan, in a statement. “They have another segment of Islamic Movement Uzbekistan. And then there’s probably ten percent that’s from a variety of sources around the world.”

“There is no formal tracking or census mechanism in place,” said Navy Capt. Thomas Gresback, a U.S. forces spokesman.

A joint Afghan-U.S. special operations raid early Thursday in an isolated village in the northwestern Jowzjan province was the latest in a series of operations targeting the group.

On Jan. 28, Afghan forces captured Khitab Aka, the head facilitator of foreign fighters for the group in Jowzjan province. On March 16, a U.S. airstrike took out Aka’s replacements, Omair and Abu Samaya, the equivalent of platoon leaders, as they met in neighboring Sar-e Pul province.

An Afghan Special Security Forces night raid on the group’s headquarters in Jowzjan, also on March 16, led to the deaths of 13 more fighters. Officials said the terrorists believed the area to be a safe haven. Earlier this month, the group released a video highlighting its supposed successes in Afghanistan and calling on new recruits from all over the world to join it there.

The Islamic State affiliate, named for the region that includes Afghanistan and Pakistan, sprouted in eastern Afghanistan in late 2014. Since 2016, U.S. and Afghan special operations forces have been battling the group mainly in the eastern province of Nangarhar, the deadliest province for U.S. forces last year.

“Every day, we’re going against IS-K,” Nicholson said in a statement this week. “They were in southern Nangarhar. If you were to go there today, you would see some of the valleys that have been liberated from IS-K: the populations returning, the kids going back into school.”

Out of the 2,450 ground operations conducted by either joint or Afghan forces from June to December, 420 targeted IS-K.

In the past two months, more than 140 IS-K fighters have been killed by U.S. and Afghan operations, officials said this week.

“There will be no safe haven for any terrorist group,” Nicholson said. “We continue to strike them wherever we find them. We continue to hunt them across the country.”