With locals untrained on key functions, US departure could mean trouble for Afghanistan’s airports 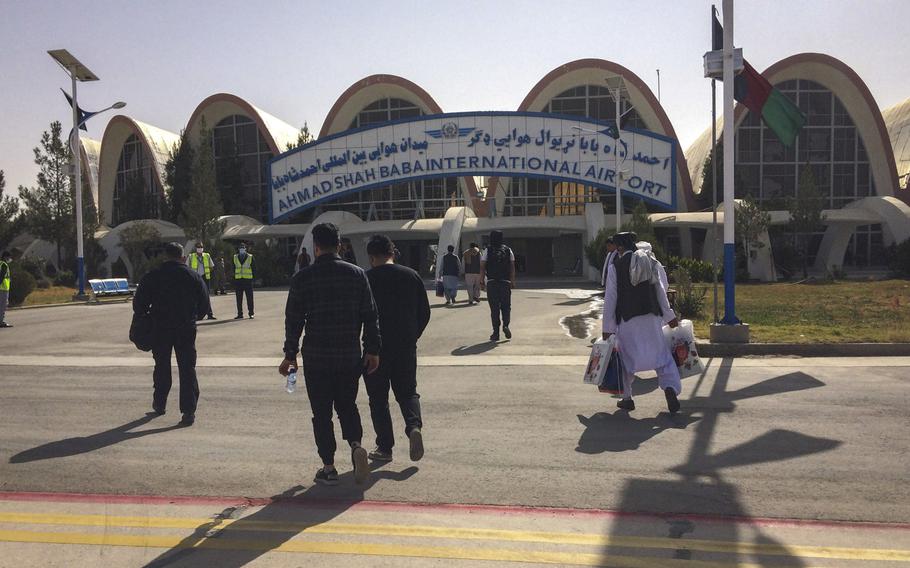 Buy Photo
Afghans are supposed to take control of Ahmad Shah Baba International Airport in Kandahar, Afghanistan, from U.S. and NATO troops when they leave the country, but officials say the locals are not up to the job. (J.P. Lawrence/Stars and Stripes)

Buy Photo
Afghans are supposed to take control of Ahmad Shah Baba International Airport in Kandahar, Afghanistan, from U.S. and NATO troops when they leave the country, but officials say the locals are not up to the job. (J.P. Lawrence/Stars and Stripes) 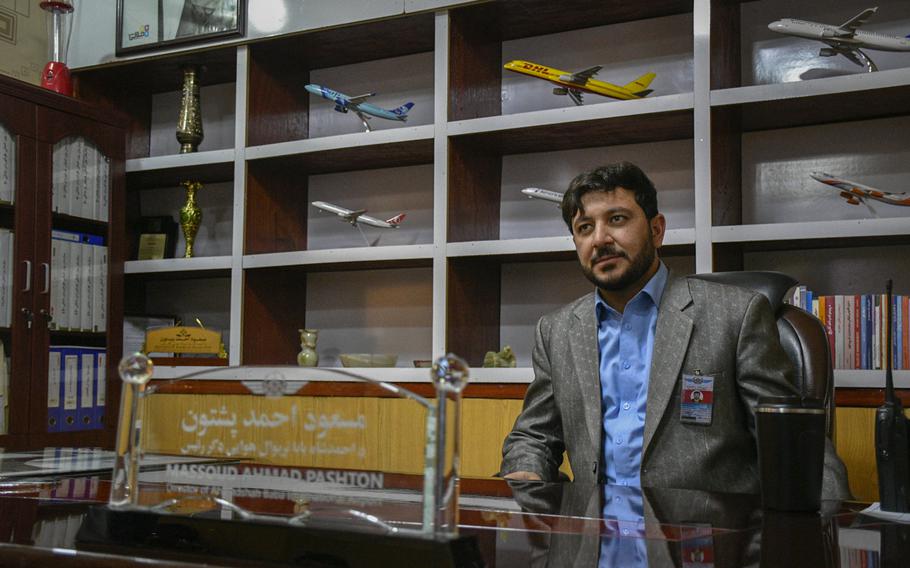 Buy Photo
Massoud Pashtoon, director of civil aviation at the international airport in Kandahar, Afghanistan, says his staff are not ready to run the airport without support from the U.S. and NATO. (J.P. Lawrence/Stars and Stripes) 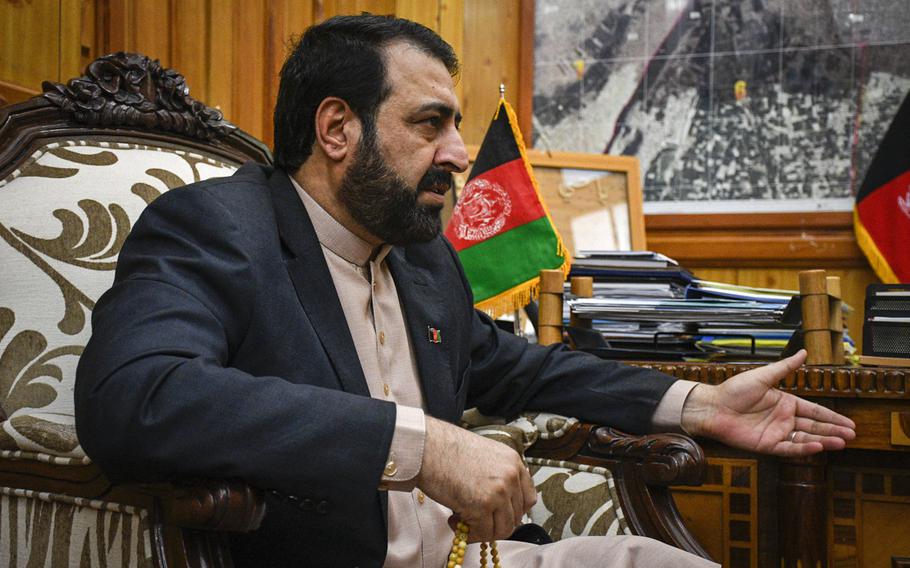 Buy Photo
Hayatullah Hayat, governor of Kandahar province, says training that was meant to prepare Afghans to take over the running of airports when the U.S. and NATO leave has been delayed by the coronavirus pandemic, and eventually canceled because of a lack of trainees with the basic qualifications. (J.P. Lawrence/Stars and Stripes) 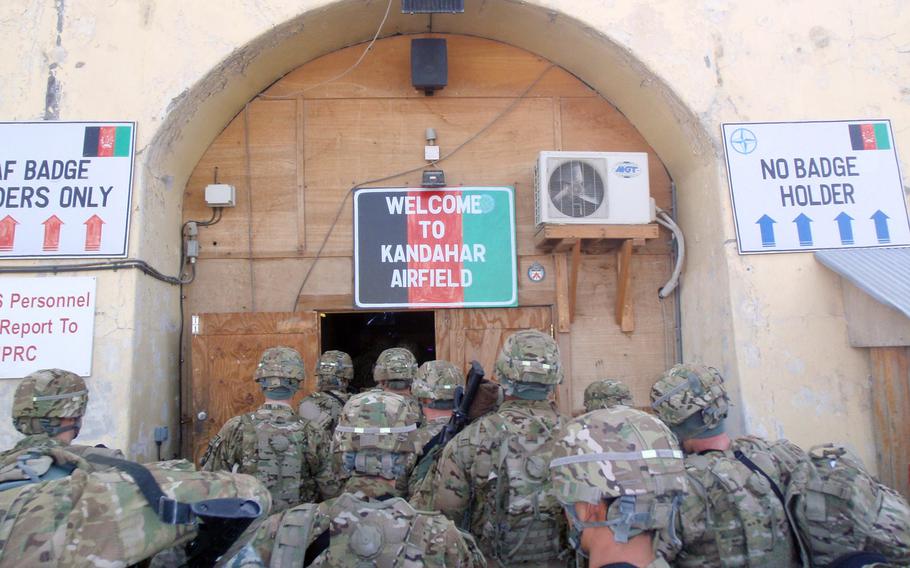 Soldiers from 3-2 Stryker Brigade Combat Team arrive at Kandahar Airfield, Afghanistan, Dec. 15, 2011. Control of the airpost, Afghanistan's second largest, is supposed to pass to locals when the U.S. and NATO leave the country but officials say Afghans don't have the training or knowledge to run the facility. (Christopher McCullough/U.S. Army)

KANDAHAR, Afghanistan — The U.S. and NATO plan to transfer control of airports in Afghanistan as the coalition withdraws, but Afghan officials at the country’s second largest airport say they still haven’t been trained to take over.

Locals haven’t been shown how to run the air traffic control tower, man the radar or perform a number of other crucial tasks handled by NATO personnel at Kandahar’s Ahmad Shab Baba International Airport, said Massoud Pashtoon, the facility’s director of civil aviation.

“Our guys are not even able to start the fire trucks,” he said. “If the U.S. leaves, the airport will be in trouble.”

The State Department has said there are plans to hand full control of Afghanistan’s four largest airports — Kabul, Kandahar, Herat and Mazar-e Sharif — to the government by May 2021, when a deal signed by the Taliban and the U.S. in February this year says all international troops will leave if the Taliban abide by its terms.

But exactly when the airports will be handed over to the Afghans is still under review by NATO and the Afghan government, a report released Thursday by the Special Inspector General for Afghanistan Reconstruction said.

NATO’s Resolute Support mission said there is “no ‘deadline’ for a full turnover of Kandahar Airfield.” “We will hand over operations and facilities when conditions permit and there is no longer a military requirement for the airfield,” Resolute Support said in a command statement.

NATO has said it wants the Afghan government to develop a plan for the airport handovers, and to familiarize local staff with key airfield functions, the statement said.

The Afghan Civil Aviation Authority, formed in 2012, was supposed to take control of the airports in 2014, during an earlier drawdown of international troops, but was prevented from doing so because it didn’t have enough certified air traffic controllers, SIGAR said.

Last year, the director general of the ACAA said it was two to three years away from being able to independently shoulder all civil aviation responsibilities.

This week, however, the ACAA said it will be able to take control if international troops leave in May.

“Some of our foreign colleagues will still be coordinating with us in some of the sectors of the airports after the handover is finished,” ACAA spokesman Mohammad Naim Salihi said.

But Kandahar Gov. Hayatullah Hayat said he remained concerned about handing over the province’s airport operations.

NATO training for locals in vital civil aviation functions was delayed because of the coronavirus — which SIGAR estimates has affected roughly a third of Afghans — and then canceled after international officials said the Afghans sent for training were “not capable of being trained,” Hayat said. He also worried about how the facility would be protected from Taliban mortar and rocket attacks.

“I don’t want to transfer control and then everything is collapsed,” he said. “I think we didn’t plan this well ... We should have been thinking about this day, that this will be transferred to us.”