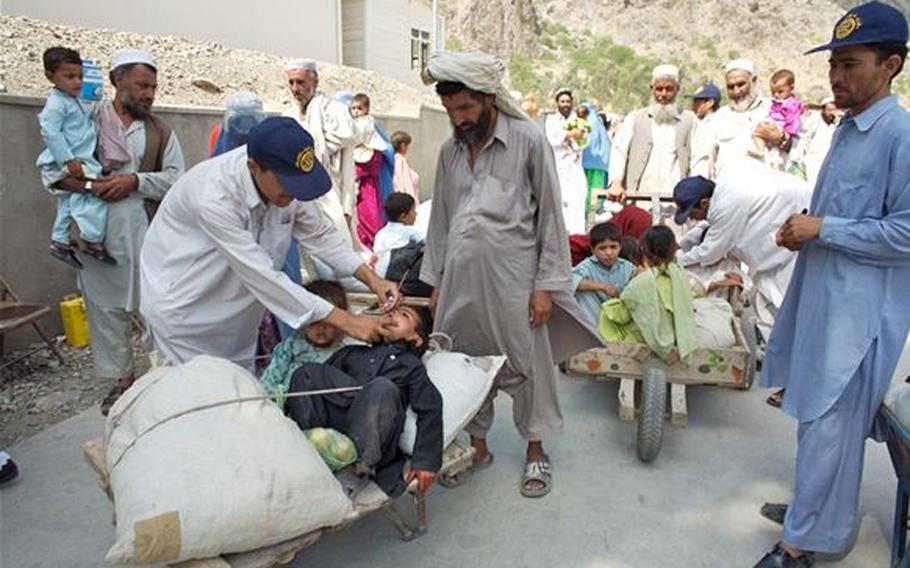 KABUL — The U.S. Agency for International Development strongly disputed a government watchdog’s claims Thursday that the agency is providing millions of dollars to the Afghan Ministry of Public Health with little assurance the money is being spent properly.

The Special Inspector General for Afghanistan Reconstruction released a report that concluded $236 million has been provided to a health care program in Afghanistan that had “significant internal control deficiencies” that put the money at risk of waste, fraud or abuse.

The program at the heart of SIGAR’s audit is the Partnership Contracts for Health, designed to help deliver health services to local Afghan hospitals and clinics. The USAID funds are used to pay for contracts with nongovernmental organizations that provide health care in various provinces around Afghanistan.

SIGAR’s assertions were largely dismissed by USAID, which argued auditors completely overlooked an intermediary office funded by international donors and designed to ensure aid reaches the right hands. That office, the Grants and Contract Management Unit, oversees and handles all of USAID’s funding to the health ministry, meaning no money passes through the systems found to be deficient, according to USAID’s written responses to the report.

“There are inherent risks involved in what we do, and that includes government-to-government activities, but there is clear evidence that extensive measures taken by USAID to safeguard taxpayer resources have been successful and have resulted in a low risk of misuse of funds,” the aid agency said in a summary of its objections to the report.

Citing USAID’s own damning audit of the ministry’s financial systems, SIGAR accused the aid agency of failing to ensure the PCH program has the proper safeguards in its audits, budgets, accounting and procurement practices.

“In SIGAR’s view, USAID’s decision to continue disbursing funds to the MoPH with little to no assurance that these funds are safeguarded from waste, fraud, and abuse raises serious concerns about the integrity of the PCH program,” the report’s authors concluded.

But according to the aid agency, the independent GCMU processes, verifies and validates all international aid to the ministry, making concerns about the financial systems moot. The agency insisted it won’t provide any direct aid until problems with the ministry’s internal practices are fixed.

SIGAR also alleged that USAID failed to independently verify the ministry’s cost estimate for the PCH program. The audit also found that of the $190 million already obligated, only $127 million had been spent, leaving $63 million in potential excess obligations.

That assertion was also disputed by USAID, which said it completed detailed cost estimates.

Despite not offering evidence of any abuse of the funding, the report recommended that USAID stop providing funds to the PCH program until cost estimates are validated, as well as make future funding contingent on fixing the problems in financial tracking a the Afghan Ministry of Public Health. The authors also called on USAID to ensure that the funds that have been spent were disbursed properly.

USAID officials rejected the first two recommendations outright, saying they would not stop vital health care funding based on what they see as erroneous conclusions. They agreed to the final recommendation, but said they had already ensured that the money was spent appropriately and any excess funds will be returned closer to the end of the project.