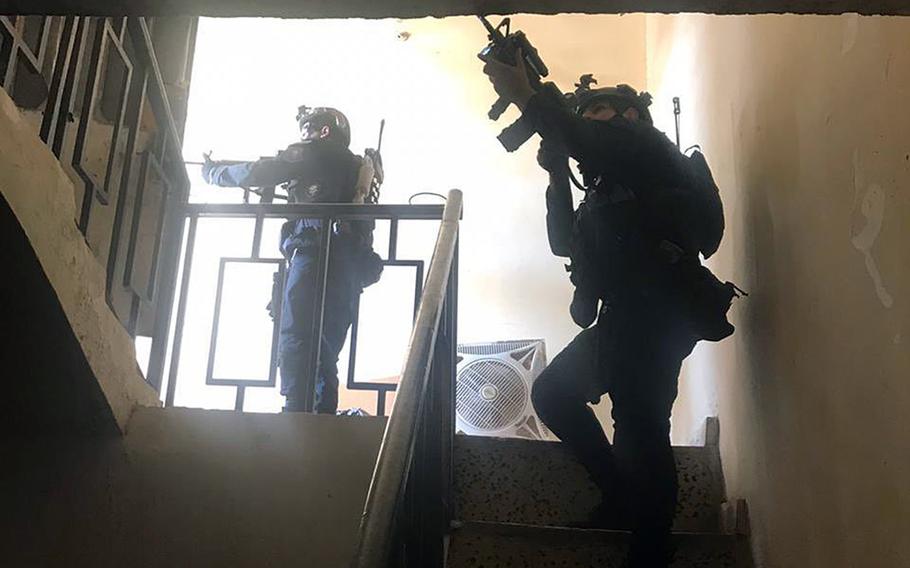 Iraqi counterterrorism troops raid a compound in Fallujah during the last week of October. They captured a suspected member of an Islamic State group child recruitment ring, U.S. and Iraqi officials said. (Twitter)

Iraqi counterterrorism troops raid a compound in Fallujah during the last week of October. They captured a suspected member of an Islamic State group child recruitment ring, U.S. and Iraqi officials said. (Twitter) 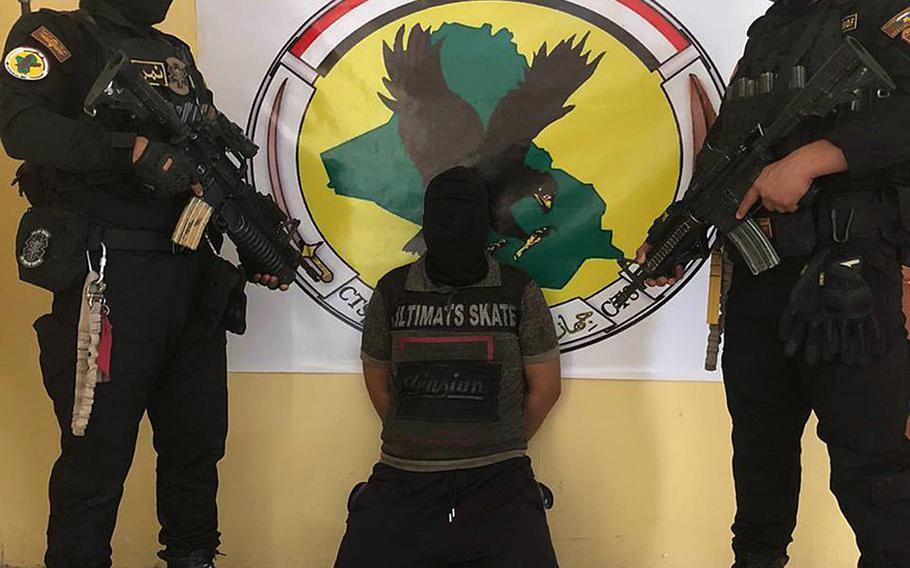 An Iraqi Counter-Terrorism Service raid in Fallujah that captured a suspected Islamic State child recruitment ringleader without firing a shot last week was one of many successful recent Iraqi operations, coalition officials said.

The U.S.-trained and equipped CTS still frequently checks its intelligence with the coalition and conducts missions alongside foreign troops, said Lt. Gen. Abdul Wahab al-Saadi, its commander, on Monday. But he and U.S. officials said last week’s raid was one of scores the Iraqis mounted on their own in the past five months.

“There was no coalition involvement in this operation,” said Army Capt. Erica Mitchell, a spokesperson for the Special Operations Advisory Group in Iraq, who provided data on CTS’ unilateral operations to Stars and Stripes.

But while Iraqi forces have grown more capable, they still need international help to keep pressure on ISIS and prevent its resurgence, the Pentagon’s lead Inspector General said in its quarterly report to Congress on Tuesday, citing the coalition and U.S. Central Command.

The Operation Inherent Resolve coalition has in recent months shifted largely to an advisory role. It has withdrawn thousands of foreign troops and handed eight bases back to the Iraqi government this year.

ISIS continues to wage what U.S. officials call a “low-level insurgency,” and conditions that led to its emergence, such as poor governance and sectarian strife, “have not improved notably,” the IG report said.

Yet despite surveys showing that Iraqi Sunnis remain frustrated with the country’s government, the religious minority still sees ISIS in an “overwhelmingly negative” light, the Defense Intelligence Agency told the IG, citing polling from May. The Sunnis also have “overwhelmingly positive” views of the Iraqi army, it said.

Among the Iraqi forces fighting ISIS, the black-clad CTS troops, who are often carried into battle in black Humvees, are considered some of the best trained and most free of sectarian influence. Modeled after U.S. special operations and trained by Green Berets, CTS played a vital role in the nine-month battle in 2017 to liberate Mosul, the country’s second-largest city, and in fighting elsewhere since 2014.

In the past five months, official data showed that CTS detained some 175 suspects and killed nearly 80 others in 151 independent operations.

“We have the capability to execute any [ground] mission,” said Saadi, head of the CTS, but he said his troops still conduct many joint operations with international forces.

Saadi declined to provide many details about last week’s operation against the suspected ISIS child recruiter, saying investigations were still ongoing, but he said CTS had information that the man was high on the terror group’s payroll.

The man, whose identity was not disclosed, seemed to think several fake IDs would protect him from discovery, Saadi said, but Iraqi intelligence work led the troops to his doorstep.

“He kind of thought he was untouchable,” Saadi said through a translator in a phone interview. But when CTS closed in, “he did not resist.”

ISIS has a long history of enlisting child soldiers, dubbed “cubs of the caliphate,” into its ranks or coercing them to fight. The group’s increasing unpopularity among young men in Iraq has further driven its recruitment of children since it lost its last territory in 2017, Saadi said.

“We want to find all of the network,” Saadi said.