US soldier the first coalition combat death of 2014 in Afghanistan 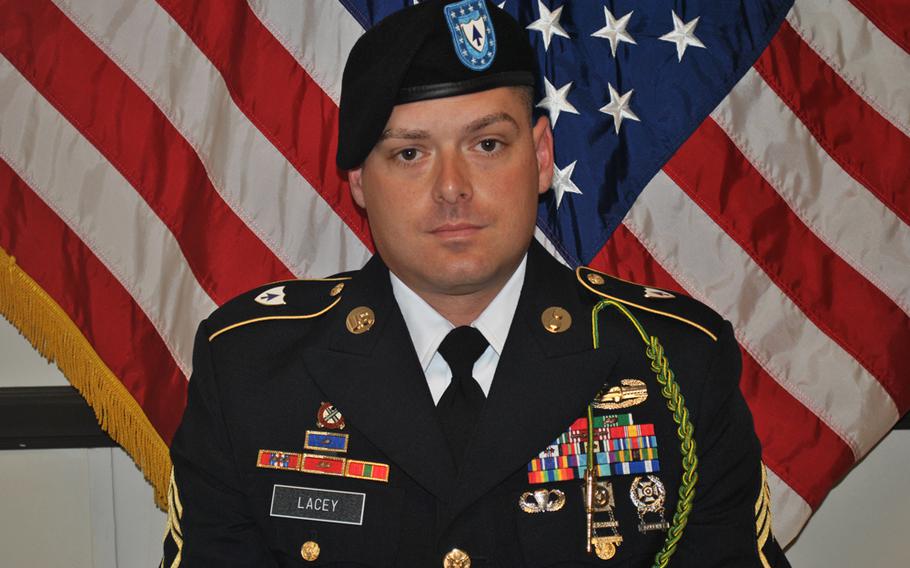 The Department of Defense identified a 38-year-old U.S. soldier based at Fort Knox as the servicemember killed by an insurgent attack Saturday in eastern Afghanistan.

Sgt. 1st Class William K. Lacey died from injuries received during a rocket-propelled grenade attack in the Nangarhar province of Afghanistan, according to the DOD release. His death marks the first combat loss of 2014 for the NATO-led International Security Assistance Force.

There were three insurgent attacks Jan. 4 in Afghanistan, one at the military base in Nangarhar and two others later in Kabul that caused no casualties, according to the ISAF.

At least six insurgents, some wearing suicide vests, died in the base attack, which occurred about 8 a.m. when a suicide bomber detonated an explosives-laden sedan at the gate.

Ahmad Zia Abdulzai, a Nangarhar provincial government spokesman, said Saturday the gun battle between insurgents and coalition and Afghan forces went on for about 40 minutes. He said that no Afghan troops were killed or injured in the attack.

“He was brave beyond brave,” his father, John Lacey, said to the Northwest Florida Daily News. “He was out there in the middle of nowhere, in hell, and he kept doing it over and over and over ... I’m just so proud of him.”

This was his fifth deployment overall and second in Afghanistan, according to Fort Knox public affairs.

A different death in Afghanistan of a U.S. Marine, Sgt. Jacob M. Hess, was reported Jan. 1 but not called a combat fatality by the DOD. That incident is currently under investigation.

Heath Druzin and Zubair Babakarkhail contributed to this report.