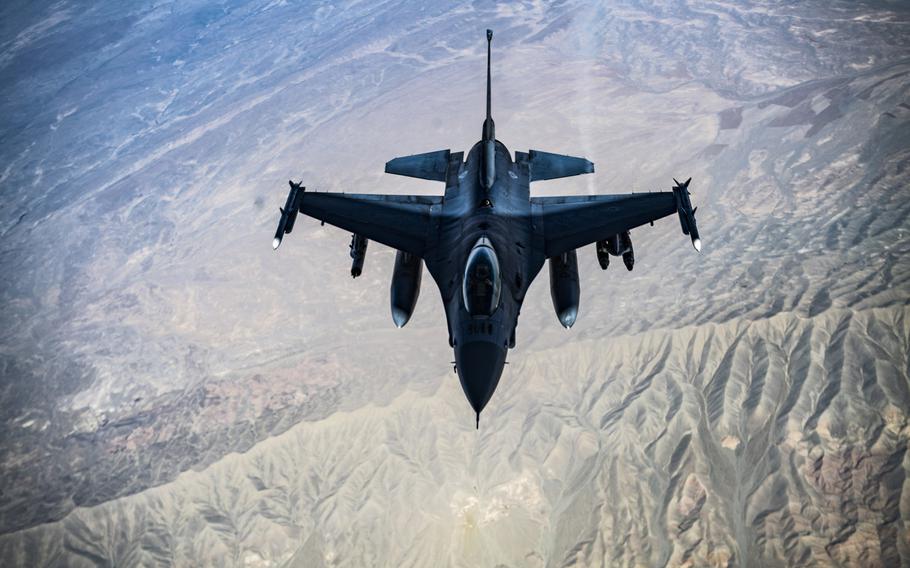 KABUL, Afghanistan — The U.S. has conducted airstrikes against the Taliban in southern Afghanistan in the past 48 hours following multiple attacks by the insurgents on Afghan government forces, a military spokesman said Wednesday.

The airstrikes, the latest in Kandahar province, underscore the reliance of Afghanistan’s military on U.S. airpower, even as the Biden administration mulls whether to pull all U.S. troops out of the country by May.

The strikes targeted Taliban fighters in the Zharay, Spin Boldak and Kandahar districts of the province as they were “actively attacking and maneuvering on” Afghan troops, U.S. Forces-Afghanistan spokesman Col. Sonny Leggett said on Twitter.

“The U.S. continues to defend [Afghan forces] in accordance w/ the US-TB agreement,” Leggett tweeted, referring to a deal struck between Washington and the Taliban in Doha, Qatar last year that paves the way for a complete withdrawal of foreign forces by May.

An undisclosed number of strikes were carried out, he said.

Leggett’s tweet came after the Taliban earlier Wednesday accused the U.S. of unlawfully targeting Taliban fighters in Kandahar who were not involved in the fighting.

“We strongly condemn these bombardments and crimes by the American invaders,” Taliban spokesman Qari Yousaf Ahmadi said in a statement. “This is clearly a violation of the Doha agreement.”

If the attacks continue, the Taliban will “take the same steps” in defense, Ahmadi added.

The Taliban have refrained from attacking international forces as part of last year’s deal, under which they also pledged to meet vague counterterrorism commitments. But attacks by the group on Afghans have intensified.

The deal does not explicitly bar the Taliban from attacking government forces but does include a clause that says the U.S. will defend Afghans against attacks.

The Taliban have encroached on key Afghan cities in recent months, including Kandahar, which once functioned as the capital of their heartland. Fighting throughout Kandahar province has displaced some 10,000 families, according to government data.

If President Joe Biden chooses to end the war soon, analysts and Afghan officials say some key cities like Kandahar would likely fall to the insurgents.

It will be “tough” for the U.S. to meet the May deadline, Biden said in an interview with ABC News that aired Wednesday.

However, Biden added a full drawdown shouldn’t take much longer to complete.

“That was not a very solidly negotiated deal that the president, the former president worked out,” Biden said. “We’re in consultation with our allies as well as the government, and that decision is in process now.”

There are officially 2,500 American troops in Afghanistan after former President Donald Trump made steady reductions throughout last year, which started with roughly 13,000 American service members in the country. Trump campaigned on ending the war.

A New York Times report this week said the actual number of American troops in Afghanistan is closer to 3,500, citing tallying discrepancies disclosed by unnamed sources.

The U.S. military in Afghanistan conducts a counterterrorism mission and a separate mission that trains Afghan forces. The latter is supported by roughly 7,000 NATO and coalition troops.