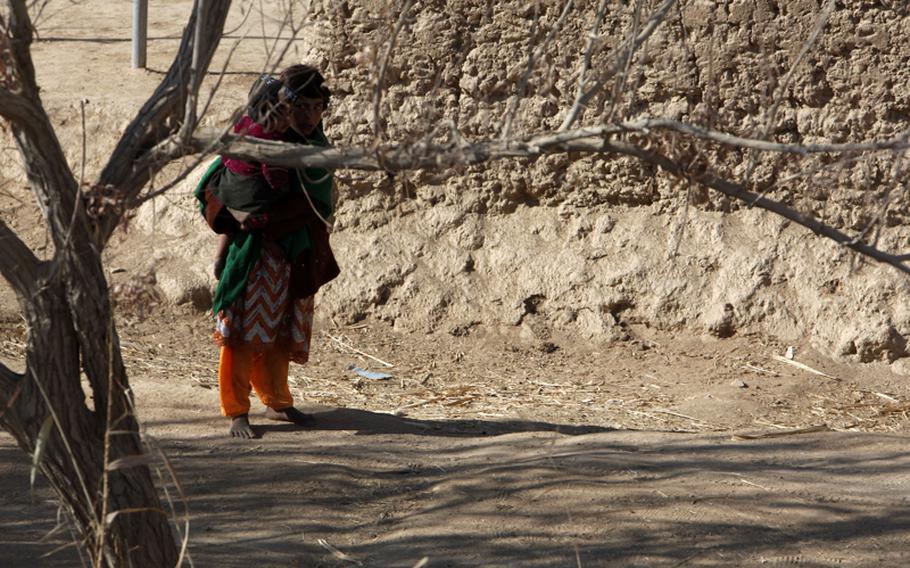 KABUL - Civilian casualties in Afghanistan dipped for the first time in six years in 2012 while those caused by coalition forces continued their downward trend, the United Nations said Tuesday.

A report released Tuesday by the United Nations Assistance Mission in Afghanistan (UNAMA) leveled heavy criticism at insurgents and other “anti-government” forces, who were blamed for more than 80 percent of civilian deaths and a spike in targeted killings of individuals perceived to be supportive of the Afghan government. The Taliban immediately rejected the report’s findings.

Overall, civilian casualties were down 12 percent over 2011, with 2,754 deaths and about 4,800 injuries. Casualties among women and girls, however, rose by 20 percent, and UNAMA officials said civilians still bore far too much of the war’s violence.

The report noted a 46 percent drop in casualties caused by the NATO-led military coalition and government forces, a subject brought into sharp focus by an airstrike in eastern Afghanistan last week that killed 10 civilians. In the wake of the strike, President Hamid Karzai issued a decree forbidding Afghan forces from calling for coalition airstrikes in residential areas.

“While the decrease in civilian casualties is very much welcome, civilians and civilian communities continue to be threatened,” UNAMA Director of Human Rights Georgette Gagnon said.

Insurgent groups were singled out for use of so-called pressure plate bombs triggered by pedestrians or vehicles, assassinations of government-linked civilians, and the use of teenage suicide bombers.

“This is a war crime and people will be held responsible in the future,” Kubis said.

"In the past [UNAMA] had the same report and we have already denied the accusations,” said Taliban spokesman Zabiullah Mujahid. “Most of the civilian casualties are because of the bombardments by foreign forces.”

Mujahid dismissed the report as “propaganda” on behalf of the NATO-led coalition. He said the Taliban never uses teenage suicide bombers or pressure plate bombs, only ones triggered by remote control - which allow the operator to specifically target coalition troops and their Afghan allies.

Though casualties were down year over year, the numbers actually were up in the last six months of 2012 over the same period a year earlier.

Kubis said he hoped insurgent groups would open a dialogue with UN representative to discuss ways to reduce civilian casualties.

Mujahid said the Taliban welcomed a discussion with UN officials and encouraged those interested in talking to go through “relevant channels.”