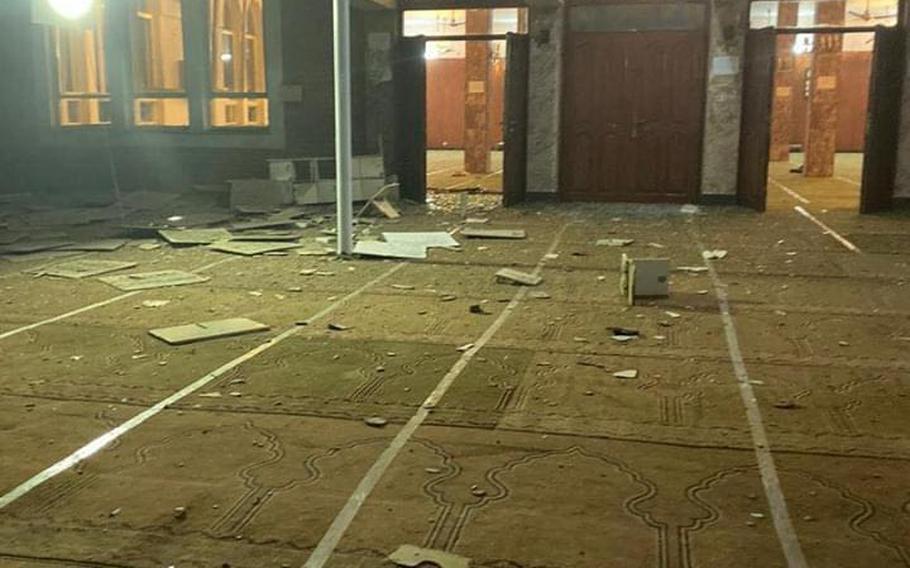 KABUL, Afghanistan — A bomb blast echoed out from a mosque in downtown Kabul Tuesday night about a half mile away from the U.S. embassy.

The bomb went off around 7:25 p.m. Afghan police found other bombs placed around mosque and defused them, Arian said.

People had been leaving nightly prayer when the bomb went off, an eyewitness told Stars and Stripes.

The attack has not yet been claimed by the Taliban or any other armed group in Afghanistan.

The country had seen a significant drop in Taliban’s attacks since a ceasefire announced during the three days of the Islamic holiday of Eid, Afghan security officials told Tolo News on Tuesday.