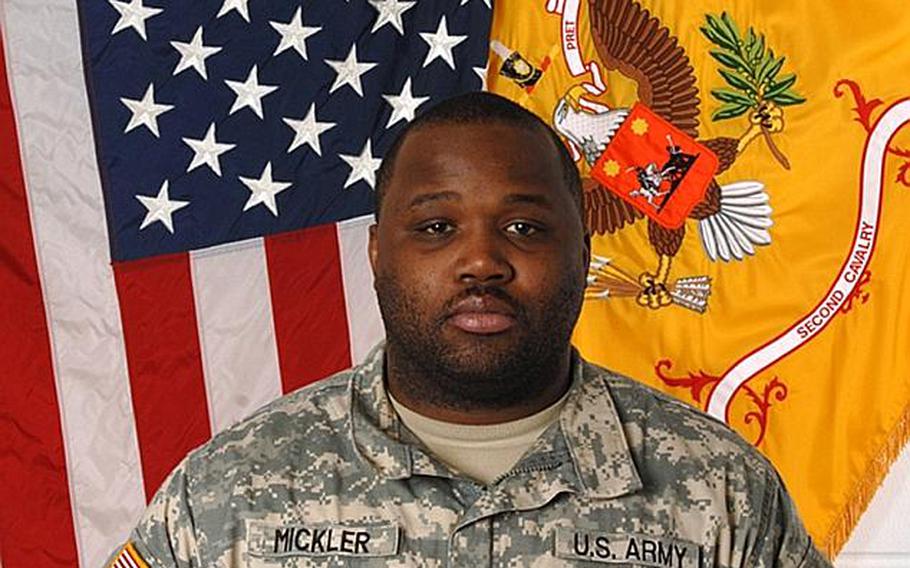 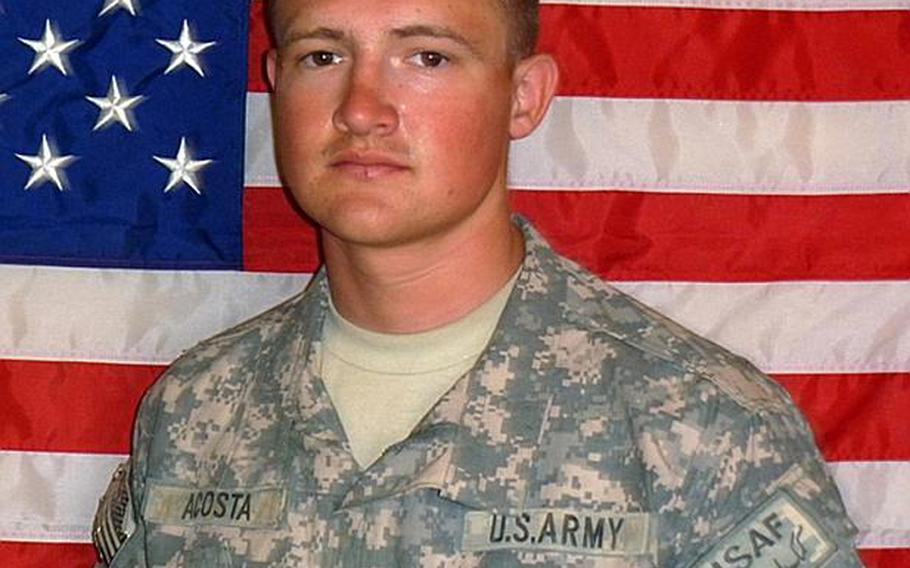 Pfc. Rudy A. Acosta (Courtesy of the U.S. Army) 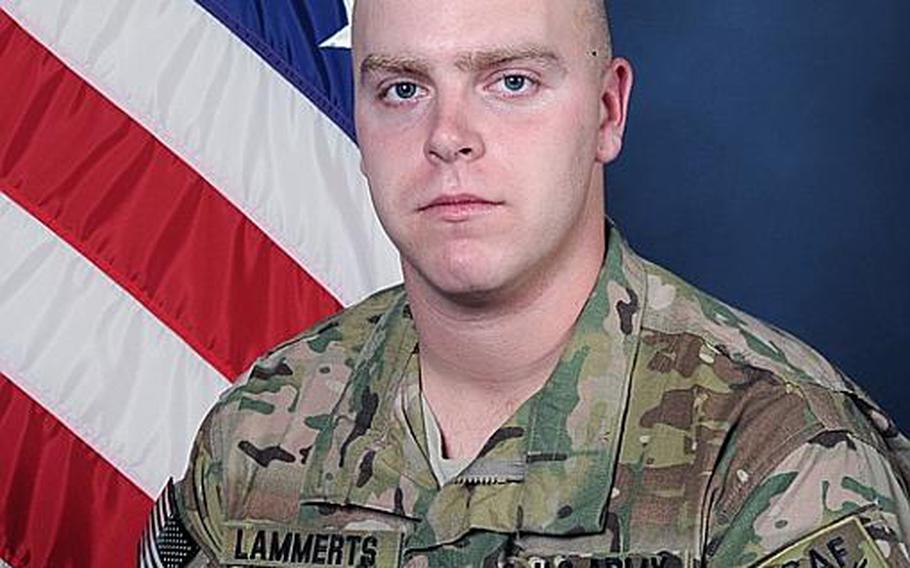 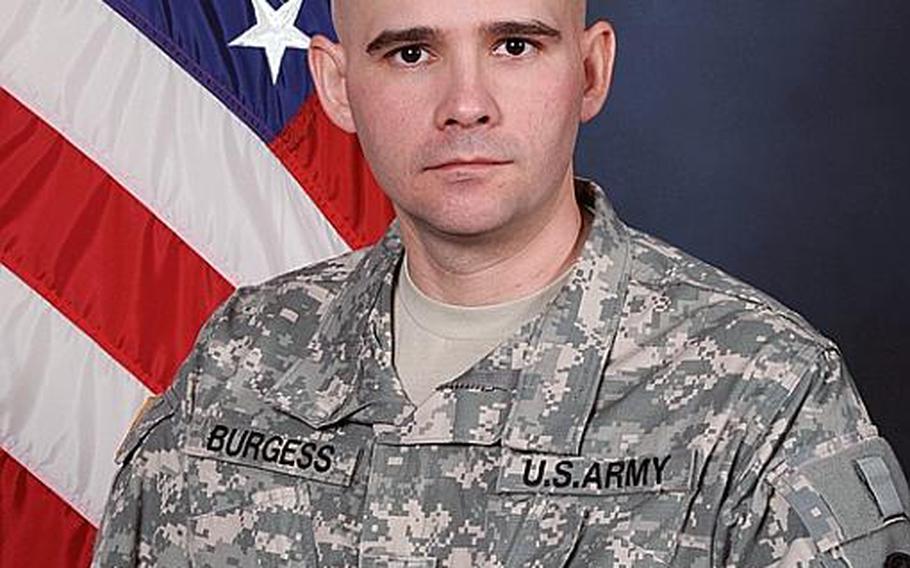 A Stars and Stripes review of media reports reveals at least 14 incidents since March 2009 in which Afghan security forces turned their weapons on coalition personnel, killing 38 American, British, Spanish, German, and Italian soldiers and personnel.

Five NATO soldiers were killed along with four Afghan soldiers and an interpreter, after a fifth Afghan soldier walked into a meeting and detonated a vest of explosives he&rsquo;d hidden under his uniform. The deceased troops&rsquo; identities have not yet been released.

An Afghan soldier on a joint operation opened fire on a group of soldiers who had just returned from a patrol at Pul-e-Khumri, killing Cpl. Konstantin Menz, Sgt. 1st Class Georg Missulia, and Cpl. Georg Kurat, and wounding seven other soldiers.

An Afghan soldier escaped after he shot and killed two Marines in Helmand province. Killed were Lance Cpls. Brandon W. Pearson and Matthew J. Broehm, of Camp Pendleton&rsquo;s 3rd Battalion, 5th Marines. A NATO official speaking on condition of anonymity said the Afghan soldier had been on base for between two and three weeks before the attack.

An Afghan police recruit killed two Spanish police officers and an interpreter in Badghis province as they taught a class to Afghan police. The gunman was then killed by other guards. The Spanish police officers were identified as Jos&eacute; Mar&iacute;a Galera C&oacute;rdoba and Abraham Leoncio Bravo Picallo; the translator, who was Iranian by birth but had Spanish nationality, was not identified by name.

Two unarmed U.S. civilian trainers and an Afghan soldier were killed after another Afghan solider opened fire on them in Balkh province, near Mazar-e-Sharif. L-3 MPRI and Raytheon identified the slain Americans as Michael DiScioscia and Charles R. Buckman. The Afghan soldier was himself killed. &ldquo;I think it was an isolated incident. It was very unfortunate,&rdquo; Jack Kem, then deputy to the commander of the NATO training mission, told reporters.

Three British soldiers were killed in &ldquo;a suspected premeditated attack&rdquo; by an Afghan soldier in Helmand province. Slain in the attack were Maj. James Joshua Bowman, Lt. Neal Turkington and Cpl. Arjun Purja Pun of 1st Battlion, The Royal Gurkha Rifles. The killer escaped, and a man claiming to be him called the BBC two days later.

An Afghan soldier killed an American soldier and wounded two Italians when he opened fire at a base in Bala Morghab. Staff Sgt. Ronald J. Spino, of the 274th Forward Surgical Team, 44th Medical Command, was killed. The Afghan soldier was captured, and would be tried in a military court, a NATO spokesperson said.

An Afghan police officer shot and killed Sgt. Aaron Smith, of the 3rd Brigade Combat Team, 10th Mountain Division, and Pfc. Brandon Owens, of the 118th Military Police Company, in Wardak province. The Afghan police officer escaped. He had worked with U.S. troops for five years before the attack.

An Afghan soldier shot and killed two U.S. Navy officers at Camp Shaheen in Mazar-E-Sharif. Despite initial reports that the gunman might have been an impostor in an army uniform, a Navy spokeswoman in Hawaii confirmed that he was in fact an Afghan soldier. Killed were Lt. Florence B. Choe, who served as a Navy nurse, and Lt. j.g. Francis L. Toner IV, an engineer.