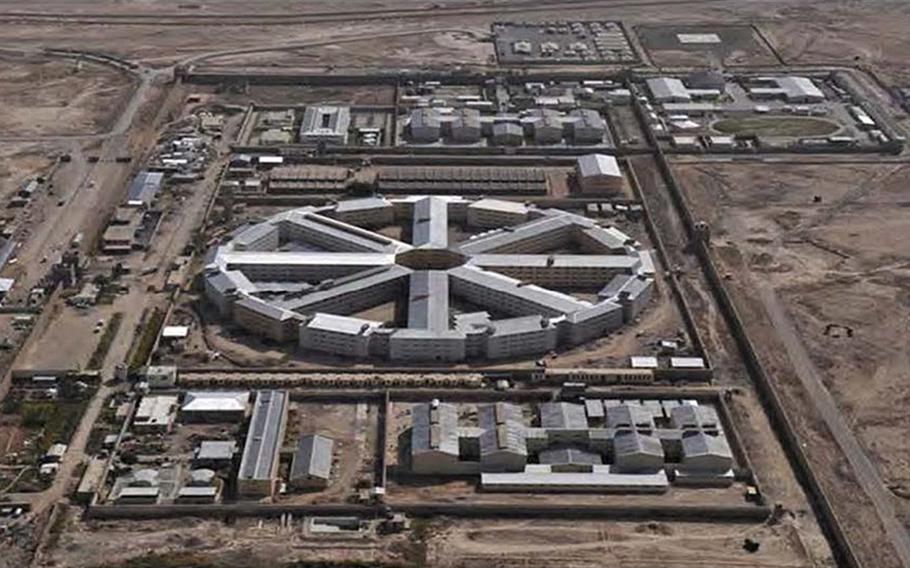 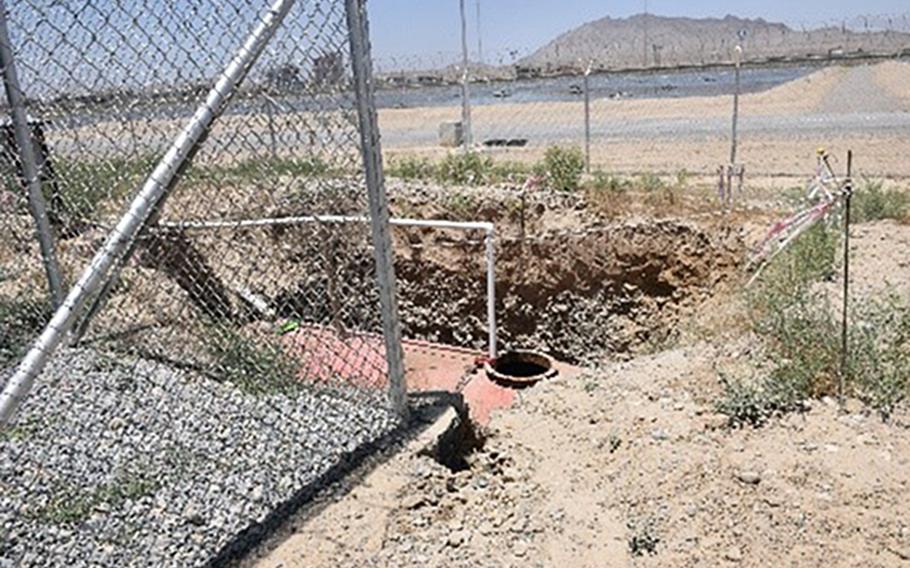 Inspectors found sewage spilling from a septic tank, located behind the fence and well house at Pul-e Charki prison in Kabul, Afghanistan, according to a report released Oct. 27, 2020 by the Special Inspector General for Afghanistan Reconstruction. (U.S. State Department)

Staff are at risk due to safety and maintenance deficiencies found at the wastewater treatment facility for Pul-e Charki prison on the eastern outskirts of Kabul, a report by the Special Inspector General for Afghanistan Reconstruction said.

Workers built part of the plant using metal from Iran, a country under U.S. sanctions, in a purchase violating federal regulations, the report said.

The issues listed in Tuesday’s report add to a long history of problems at the Pul-e Charki prison, which was infamous for the torture and execution of dissidents during the Soviet-backed regime starting in the late 1970s.

Previous SIGAR reports found widespread overcrowding at Pul-e Charki, with inmates housed in the hallways. A 2014 report detailed poor performance by a company contracted by the U.S. to renovate the prison, with electrical and plumbing fixtures often broken or missing.

In 2018, the U.S. State Department, through the Bureau of International Narcotics and Law Enforcement Affairs, awarded a contract to a Turkish company, Biltek Organizasyon, to build a sewage plant for up to 20,000 prisoners and staff.

Tap water from the prison after testing showed an “unacceptable level of e-coli bacteria,” the report said. Inspectors found sewage spilling from a septic tank next to the prison’s well house.

The spilled sewage, close to the prison’s water supply, could be the cause of the contaminated tap water, the report said.

Wastewater from the plant could also be seeping into the ground, the report said, due to problems with the waterproof liner underneath the facility’s filtration ponds.

The State Department in its response generally agreed with SIGAR’s findings and said they had addressed some of the problems already.

Water contamination should not be an issue anymore, State officials said, because the facility now has a fully functional chlorination system, but they are waiting for results of further testing.