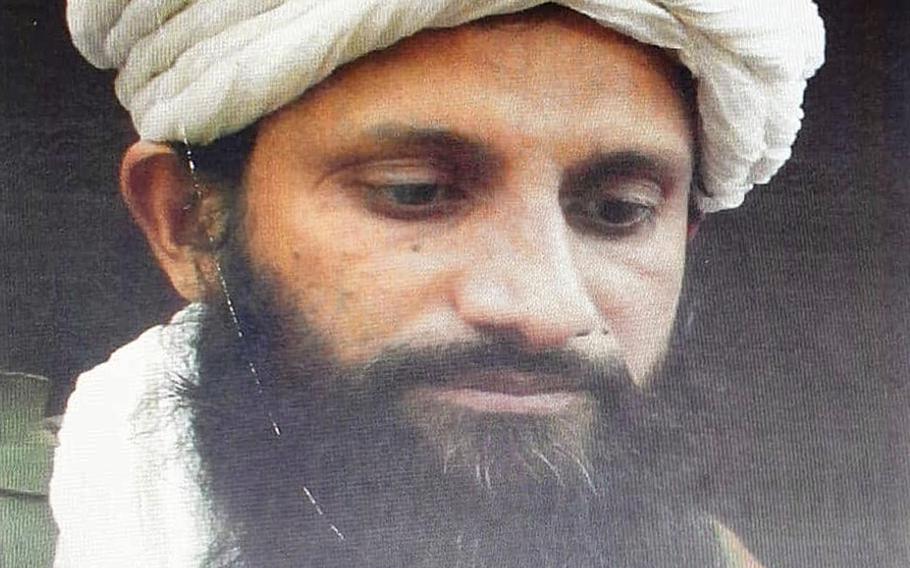 Asim Omar and six other terrorists died during an operation in southern Helmand province on Sept. 23, Afghanistan’s National Directorate of Security said on Twitter.

The overnight raid in Musa Qala was reported last month, after Afghans alleged it had killed as many as 40 civilians returning from a wedding ceremony. The U.S. blamed the deaths on al-Qaida explosives and weapons, but said it was investigating the matter with the Afghan government.

At the time, NDS said at least six al-Qaida terrorists “embedded within a Taliban unit in their hideout” had been killed, including a courier between Omar and al-Qaida leader and co-founder Ayman al-Zawahiri, and a local explosives expert.

Seventeen Taliban insurgents were also killed, including “leaders from various districts,” and 14 Taliban fighters were captured, NDS said on Twitter a day after the raid.

The agency also posted photos of material that was seized during the raid, including night vision goggles, homemade explosives, a suicide vest, hand grenades and a motorcycle rigged with explosives.

The incident may indicate that the two terror groups still maintain ties, despite Taliban vows in recent peace talks with U.S. officials to distance itself from Al-Qaida, which is responsible for the 9/11 attacks on the U.S.

A U.S.-led coalition invaded Afghanistan 18 years ago this week to overthrow the Taliban regime, which harbored the terrorist group founded by Osama bin Laden.

While U.S. officials believe al-Qaida in Afghanistan to be a considerably smaller force than the Taliban, unilateral and joint U.S. and Afghan raids continue to target the group as part of a counterterrorism mission there.

A branch of the core bin Laden-founded terrorist group, Al-Qaida in the Indian Subcontinent has been providing direct assistance to Taliban fighters on the ground, including targeted assassinations and improvised explosive devices, Seth G. Jones, a political scientist at the Center for Strategic and International Studies specializing in counterinsurgency and counterterrorism, said earlier this year.

The offshoot, which has claimed responsibility for attacks in Pakistan and Bangladesh, was announced by Zawahiri in a video statement uncovered in late 2014. It was intended to take the fight beyond the central group’s mountain strongholds, into Myanmar and India.

Unlike the core group’s mainly Arab leaders, Omar was an Indian national, the Congressional Research Service said in a February report.

The Sept. 23 raid in Helmand that killed him was in an area “full of Taliban fighters and snipers,” Saleh Mohammad, a mid-level Taliban commander in the province, told Stars and Stripes last month. But, he said, he was unaware of any al-Qaida fighters there.

“I swear, I have not seen or heard about any al-Qaida members in the area,” he said. “I believe there are some Taliban fighters from other countries, but the last time I saw al-Qaida was like seven years ago.”

The Afghan intelligence agency confirmed Omar was among the dead in a post Tuesday afternoon that included two photos of the man, one when he was alive and one apparently showing him dead with a bloodied and bandaged face. U.S. military officials in Kabul declined to comment on the news, referring questions about the operation to NDS.

The news follows reports in early August that some U.S. officials believed Hamza bin Laden, seen by some as the heir to the terrorist network his father Osama bin Laden once led, had been killed.