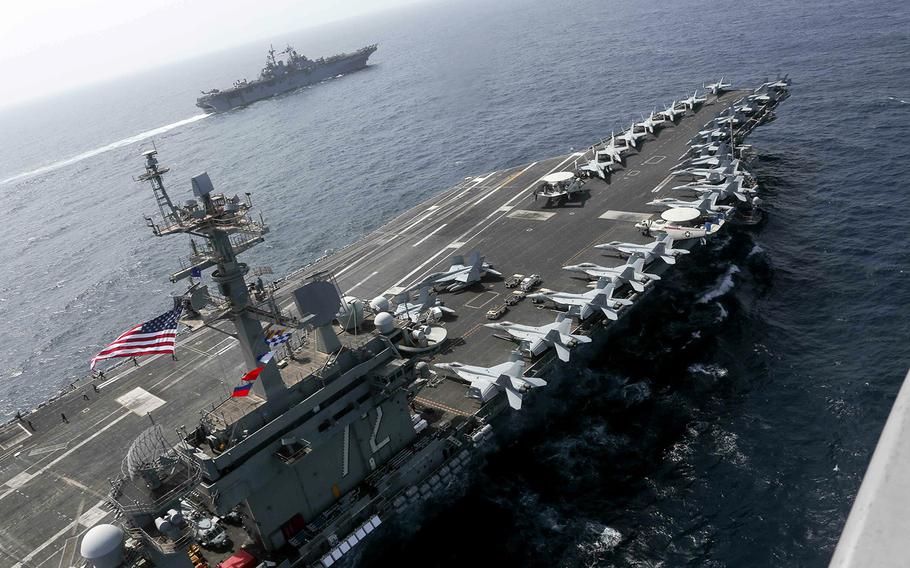 WASHINGTON — Several Navy ships are searching for a missing sailor in the Arabian Sea after a “man overboard” was reported Wednesday by the USS Abraham Lincoln, according to a U.S. Navy 5th Fleet statement.

The USS Abraham Lincoln, the USS Leyte Gulf, the Spanish Méndez Núñez frigate, and the Pakistan Navy Ship PSN Aslat are conducting the search and rescue operations to find the sailor, according to the statement.

The 5th Fleet statement did not name the sailor, citing U.S. Navy policy.

The USS Abraham Lincoln’s deployment to the region was expedited in June because of a request from Marine Gen. Kenneth McKenzie, the commander of U.S. Central Command, for additional military capabilities after he cited unspecified threats from Iran and its proxy forces. The U.S. government has claimed that Iranian backed-forces were behind several attacks on commercial ships in the Gulf of Oman and Strait of Hormuz.