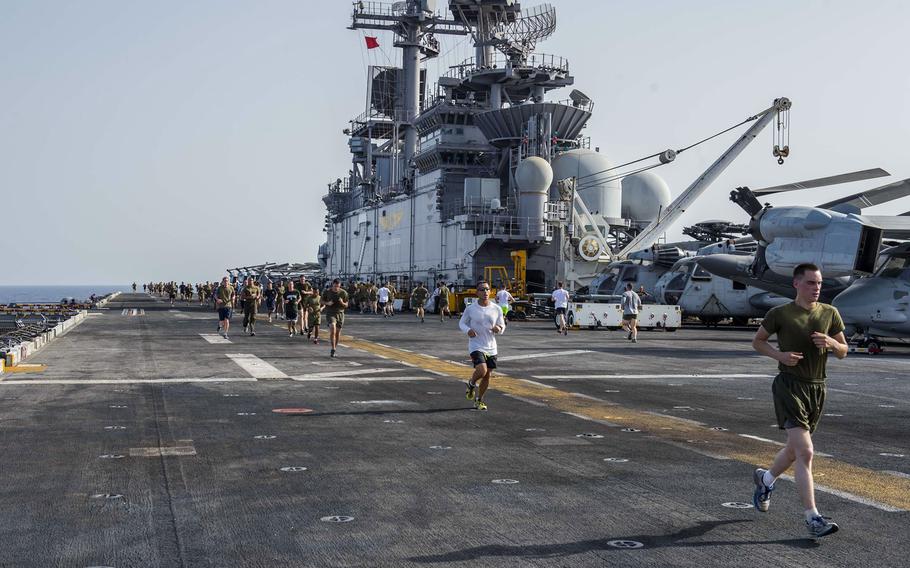 A sailor assigned to the USS Essex died late Monday shortly after reporting chest pains and collapsing, the Navy said in a statement.

The sailor’s identity is being withheld pending next-of-kin notification. A cause of death has yet to be determined, the Navy said.

The Essex — the flagship for the Essex Amphibious Ready Group — is conducting routine operations in the Middle East. The ARG entered the 5th Fleet area of operations June 21 to conduct a variety of missions to promote maritime security, the Navy said.