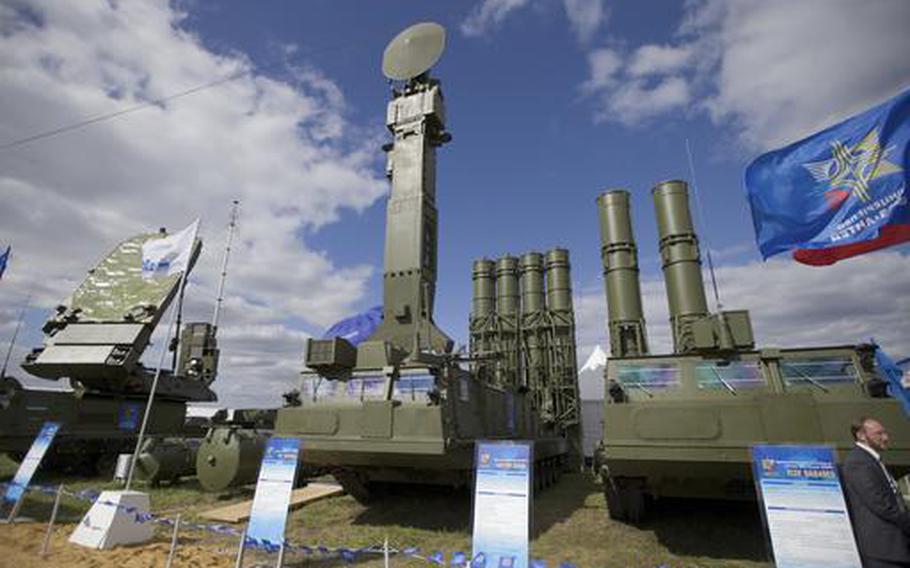 In this Tuesday, Aug. 27, 2013 file photo, Russian air defense system missile system Antey 2500, or S-300 VM, is on display at the opening of the MAKS Air Show in Zhukovsky outside Moscow, Russia. The Russian military said Tuesday it had deployed the S-300 air defense missile systems to Syria to protect a Russian navy facility in the Syrian port of Tartus and Russian navy ships in the area. (Ivan Sekretarev/AP)

WASHINGTON — Russia’s decision to add another air defense system to Syria will not affect U.S. or coalition flights there, Pentagon officials said Tuesday.

Russia was adding a surface-to-air defense system in Syria, Fox News reported Monday. The ground-based system fires missiles that could pose a threat to U.S. and coalition jets and missiles.

The United States was monitoring the arrival of the additional system, Pentagon Press Secretary Peter Cook said. He would not speculate on what the arrival of additional air defense system means, such as whether Russia could be establishing a no-fly zone in Syria. But Cook emphasized U.S. aircraft “have an inherent right of self-defense” if they perceive a threat.

The addition of the air defense systems does not change how U.S. or coalition aircraft will operate over Syria, said a Pentagon official who spoke on the condition of anonymity.

“We know it’s there,” the official said. “We are not going to change the way we operate.”

News of the additional air defense system comes on the same day that the White House ended talks with Russia over a ceasefire and a potential political solution in Syria. However, U.S. and Russian military personnel still conduct daily phone calls to help ensure aircraft safety in the skies over Syria.

“We still have safety of flight,” the official said.