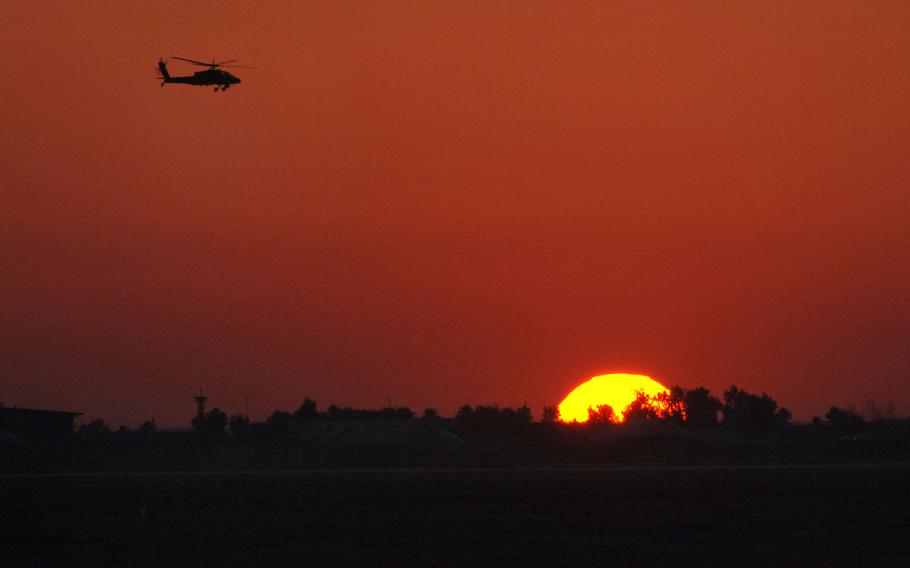 The Islamic State of Iraq and the Levant is threatening to take control of Balad air base, Iraq’s largest airfield and one of America’s most important military outposts during its occupation of the country.

ISIL fighters also were reported to be advancing on the Haditha Dam on the Euphrates River 120 miles northwest of Baghdad. The New York Times reported that the army had told employees to be prepared to open the floodgates if ordered, a move which would flood roads that could be used by the rebels to advance on the capital. In April, ISIS fighters seized the Falluja Dam and opened the floodgates, flooding nearby fields of crops and starving Shiite areas downstream of needed water for crops.

According to a Reuters news service report, insurgents have surrounded the air base nearby, which was known as “Camp Anaconda” under U.S. occupation, and struck it with mortars. Eyewitnesses told Reuters that the air base had been surrounded on three sides.

According to The Daily Beast, Russian-made transport helicopters, surveillance planes, and a fleet of pickup trucks fitted with heavy machine guns would all be lost to the militants if the base is overrun.

Citing internal reports from Balad, and outside analysts, the news outlet reported that the base is in immediate danger of being taken.

“We assess the group continues to threaten the air base and Iraqi Security Force control of the air base as it moves south towards Baghdad,” a senior U.S. intelligence official told reporters Tuesday.

Even if ISIL fighters could not operate or maintain aircraft parked there — and it’s unlikely they would — denying the Iraqi security forces their use would be a significant gain. NBC News reported Tuesday that Iraqi officers say without air support they are on an equal footing with ISIL fighters.

Defense analyst Jessica Lewis told The Daily Beast that Balad and neighboring Taji base are likely some of the next targets of the militants’ campaign. “Both of these bases are critical military sites for the Iraqi Army,” she is quoted as saying. “Neutralizing one or both would demonstrate that ISIS can beat the Iraqi Army strategically.”

Some attacks on Balad already began this month. The last American contractors at Balad — many of whom were working to ready the base for the planned delivery of F-16s — were flown by the Iraqi Air Force to Baghdad on June 13.

That delivery is now less certain.

“Clearly, we are facing a fluid situation on the ground at the moment,” said Pentagon spokesman Cmdr. Bill Speaks, “and it’s simply too soon to say how the current ISIL offensive will affect delivery timelines for Iraq’s F-16s.”

If ISIL took Balad, they could add to their already impressive stock of vehicles, weapons and equipment. James Codling, who served as a contractor and senior engineer on the base between 2008 and 2012, told The Daily Beast that when the U.S. forces left in 2011, they left at least 1,000 trucks and vehicles, some of them armored, along with 500 to 600 portable power generators. He also said the base housed Russian-made Mi-8 transport helicopters, small surveillance planes, military tactical vehicles, Humvees and a fleet of pickup trucks with machine guns mounted in the truck beds.