Politics in Panjshir: Life on the Afghan campaign trail 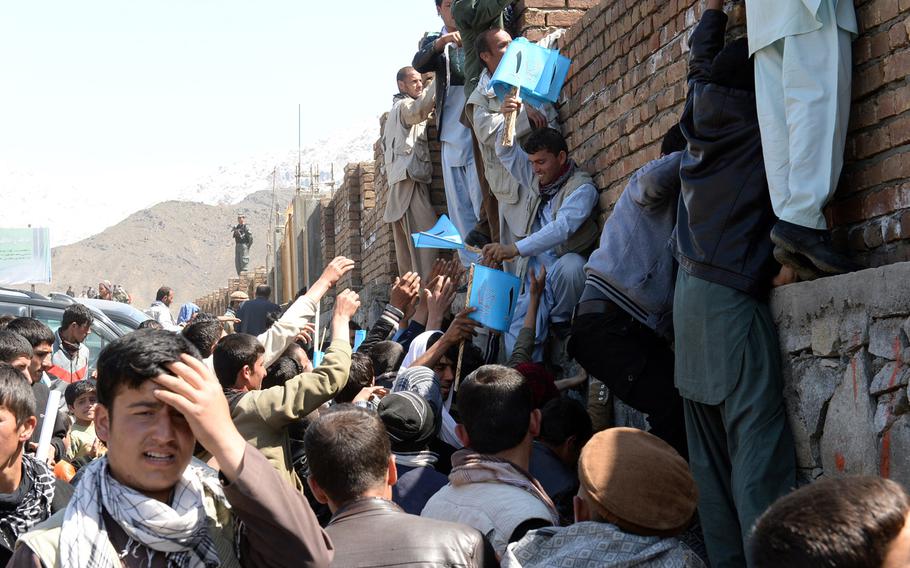 Supporters of Afghan presidential candidate Abdullah Abdullah scramble to grab campaign posters and signs before a rally in Panjshir province. The candidate found a frenzied welcome in the fabled Panjshir Valley, where he has a strong base of support. ( Josh Smith/Stars and Stripes)

KABUL — As Afghanistan's presidential election entered its final week, fears of violence and concerns over corruption didn't stop many Afghans from reveling in what would be the country's first peaceful, democratic transfer of power.

Especially in more rural areas, fears of retribution by the Taliban and blatant fraud by politicians and election officials has caused concern among Afghans and international observers alike.

But at large rallies, many Afghans express excitement and hope that their country is at least moving toward a safer and more democratic future.