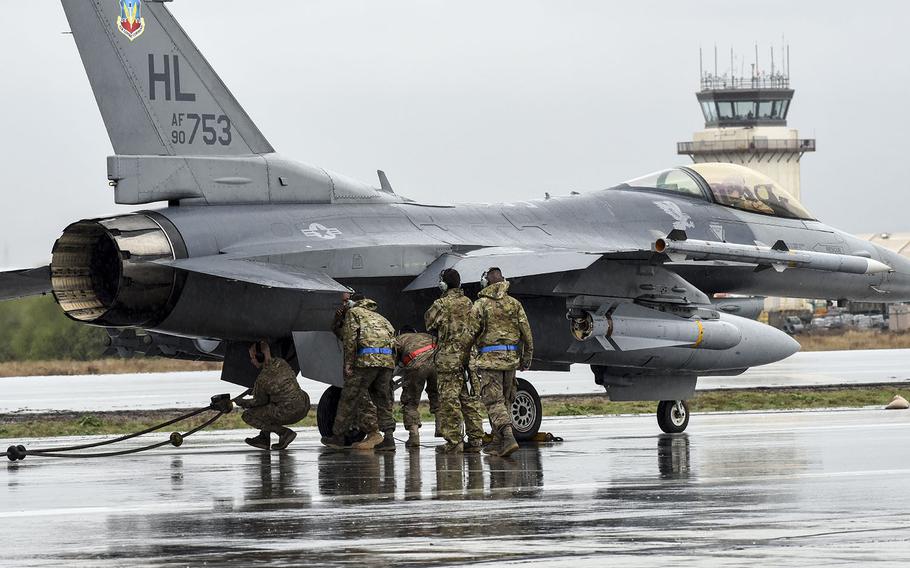 The F-16 was assigned to the 455th Air Expeditionary Wing. The crash site has been secured and the crash is under investigation, Cook said.

Cook said he did not know whether enemy fire had a role in bringing the aircraft down.