Pentagon asks Russia not to bomb US troops located in Syria 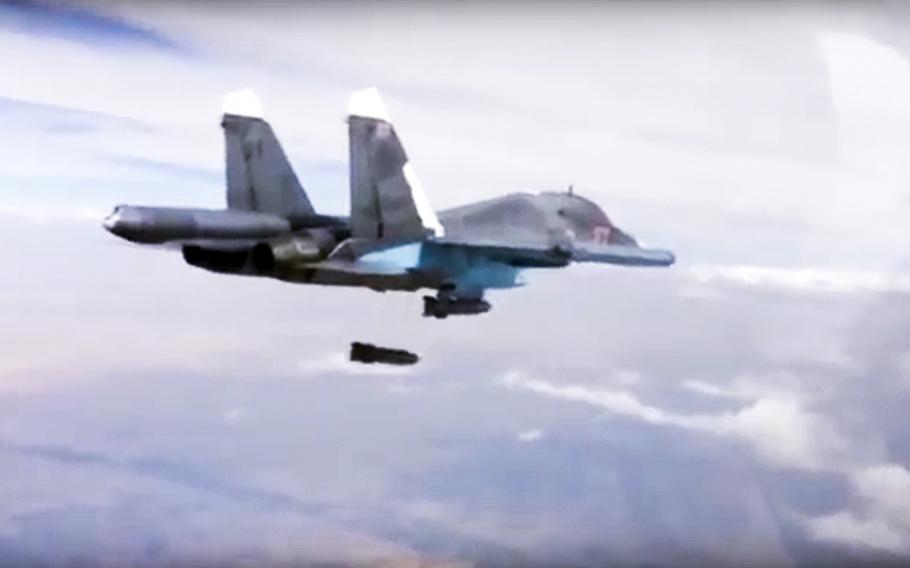 The United States outlined broadly where the American troops would be operating in war-torn Syria in a “formal request” that the Russians not bomb that region, said Peter Cook, the Pentagon press secretary. So far, the Russians have complied with the request, he said.

U.S.-Russian cooperation has been rare as the two military powers carry out separate bombing campaigns over Syria. The U.S.-led coalition has targeted Islamic State terrorists, while the Russian airstrikes has served primarily to prop up Syrian President Bashar Assad in his years-long fight against moderate and radical anti-government groups.

The United States and Russia signed an agreement in October to ensure flight safety over Syria. Cook said Thursday that the request concerning U.S. special operators on the ground is not related to that agreement, which opened a line of communication between the nations’ militaries to avoid mid-air collisions or other incidents that could raise tensions between the countries.

The Pentagon has insisted since the Russians first actions in eastern Ukraine in early 2014 that it has suspended military-to-military cooperation with Russia. However, Cook said this exception was made by officials at the Pentagon’s “highest levels” to “maintain the safety … of our special operators on the ground.”

The American request to the Russians was revealed Thursday during a video briefing with Air Force Lt. Gen. Charles Q. Brown Jr., the commander of U.S. Air Force Central Command, who is overseeing the U.S.-coalition air campaign. Brown told reporters the Russians, likewise, have asked the anti-Islamic State coalition to avoid flying in certain areas where they operate.

“Typically we’re not flying in those areas anyway, so that hasn’t been an issue,” Brown said.

President Barack Obama in October announced a small team of less than 50 special operations troops would deploy into Syria to provide direct training and advice to indigenous forces fighting the Islamic State group there. Cook and other Pentagon officials have refused to detail the mission or location of the special operators, citing their need for secrecy to maintain their operational security.

It was not clear when the Pentagon made the request that the Russians not bomb the areas where American special operators are located. Cook said he would not say whether it was before or after they entered Syria and stated the Pentagon provided only “geographic areas specifically, not pin-point locations” during a secure video teleconference call.

“We have made clear … we are going to do everything that we can to maintain the safety of these troops, as I think the American people would expect,” Cook said Thursday. “This was a step we took to try to maintain their safety in a dangerous situation.”