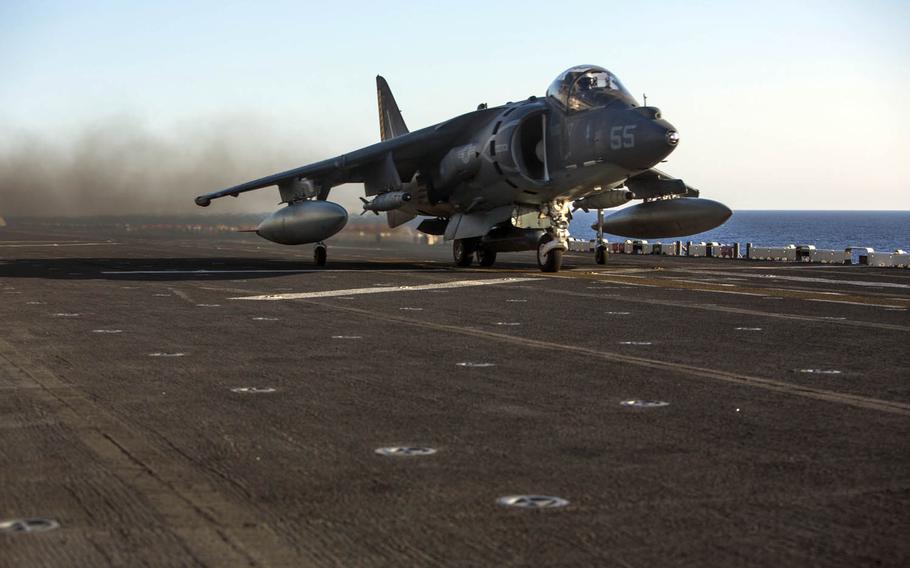 Servicemembers who participated in the air campaign against the Islamic State in Libya are now eligible for the Global War on Terrorism Expeditionary Medal, the Defense Department announced this week.

Personnel involved in the campaign, known as Operation Odyssey Lightning, in Algeria, Chad, Egypt, France, Greece, Italy, Libya, Niger, Spain, Tunisia or the Mediterranean Sea from Aug. 1 to Dec. 19, 2016, are eligible for the award, the Pentagon said Monday in a message to troops.

In the same message, the Defense Department updated the eligibility requirements for the Inherent Resolve Campaign Medal. Servicemembers who spent 30 days — consecutive or nonconsecutive — in Iraq or Syria after combat operations began on June 15, 2014, are eligible for the award. Personnel previously needed to spend 30 consecutive or 60 nonconsecutive days in those countries to qualify.

Those who engaged in combat or were killed, wounded or medically evacuated from Iraq or Syria can be awarded the medal regardless of the time requirement, the announcement said.