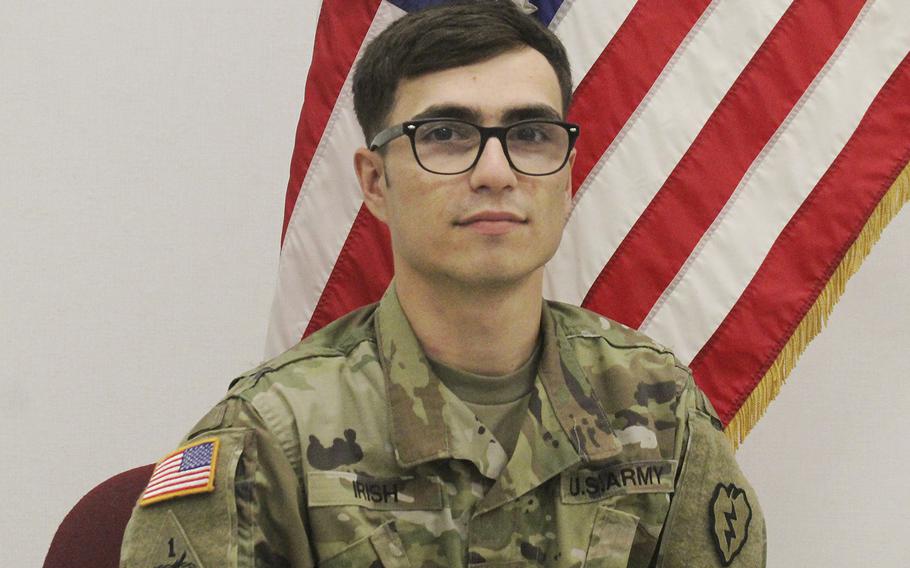 A soldier deployed to Camp Taji in Iraq has died, the Department of Defense said Wednesday.

Irish joined the Army in January 2015 and served at Fort Bliss, Texas, before reporting to Fort Wainwright in November 2018, where he worked as a small arms/artillery repair NCO, a statement from his unit said.