Obama: Iraqis, Kurds have control of Mosul Dam after US airstrikes 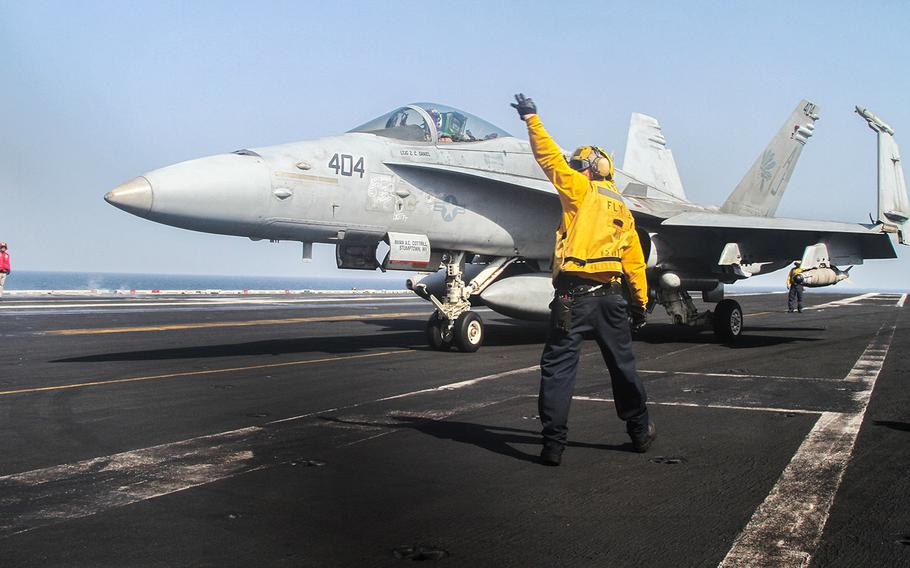 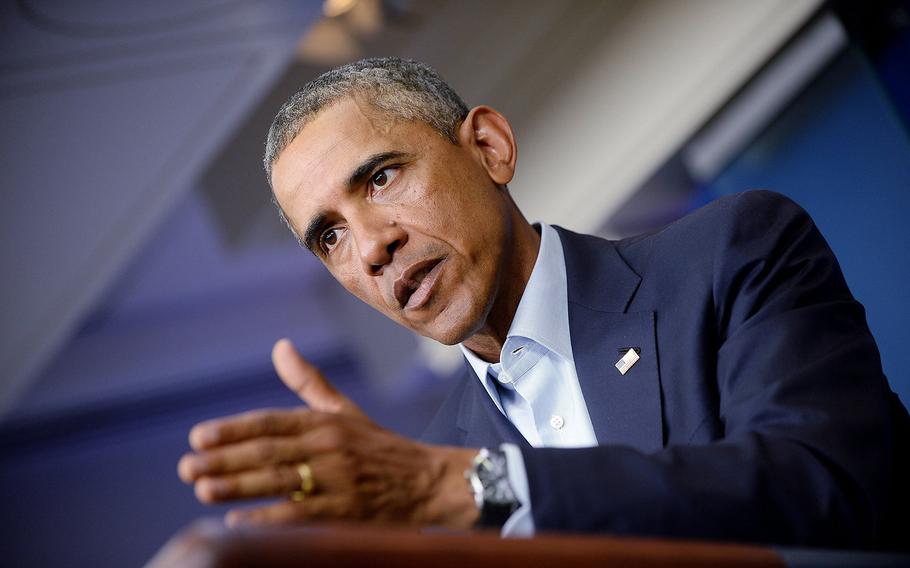 U.S. President Barack Obama delivers a statement to provide an update on Iraq and the situation in Ferguson, Mo., in the Brady Press Briefing Room of the White House on Monday, Aug. 18, 2014, in Washington, D.C. (Olivier Douliery, Abaca Press/MCT)

WASHINGTON — Kurdish and Iraqi forces regained control of the Mosul Dam in northern Iraq Monday after days of stepped-up U.S. airstrikes against the Islamic State fighters who had seized it, President Barack Obama said in a televised address.

The president said it was a key strategic victory for allies Kurdistan and Baghdad in their American-backed fight against the Islamists who control of large swaths of Iraq and had threated to destroy the dam, which provides electricity and water for much of the country.

Obama had authorized airstrikes beginning Aug. 7 to protect U.S. personnel and facilities and as part of a humanitarian mission for stranded refugees caught up in a war that has gripped Iraq for months. But the bombing campaign expanded and picked up during the past three days, with 15 strikes around Mosul Dam on Monday to help the Kurds and Iraqi army wrest control from IS.

The U.S. offensive helped Kurdish forces advance on the dam despite reports of mines and bombs planted by IS. There were some fears the dam could have been damaged, causing a humanitarian disaster along the Tigris River.

“If that dam was breached, it could have proven catastrophic by creating floods that endangered thousands of civilians and our embassy in Baghdad,” Obama said.

U.S. Central Command put out a statement earlier in the day that said fighters, bombers and drones carried out airstrikes Monday that targeted a checkpoint, armed vehicles, a light armored vehicle, and an anti-aircraft artillery gun used by Islamic State. The group has declared a religious caliphate and said it intends to wage a decisive religious war against the non-Muslim world and the United States.

Similar U.S. strikes were carried out at the dam at Mosul, Iraq’s second largest city, and CENTCOM said there were nine bombing runs Saturday.

The Iraqi military in Baghdad confirmed to The Associated Press that the dam had been retaken.

The retaking of the dam was a first major offensive victory for Iraq and Kurdish peshmerga forces against IS, which swept through the country earlier this year with little opposition and seized major cities and vast territory in north and central Iraq.

Obama on Monday touted it as evidence the Kurds, an ethnic minority of northern Iraq, and the government in Baghdad can cooperate in the fight. The administration has urged the Iraqis to form a more inclusive government to unify the disparate religious and ethnic groups and take the upper hand in the unfolding war.

Obama said the decision by Prime Minister Nouri al-Maliki to step down this month and not challenge his recently named successor Haider al-Abadi is a “major milestone” in a long-term solution to the crisis, which members of Congress have called a clear threat to the region and the United States.

Obama, who notified Congress on Sunday of the missions in Iraq, said they may continue for weeks. “Meanwhile, there should be no doubt the American military will continue to carry the limited operations I’ve authorized,” he said.

The United States is also continuing work with a coalition of allies to aid hundreds of thousands of Iraqis who have been displaced by IS, the president said. The United Kingdom, Canada, France, Italy and Australia are helping to deliver food and water to the refugees.

Members of the Yazidi sect had been trapped by IS forces on a mountain last week but many were evacuated to safety following U.S. aid drops, bombing runs and help from Kurdish forces.