Nearly half of promised US military personnel now in Iraq 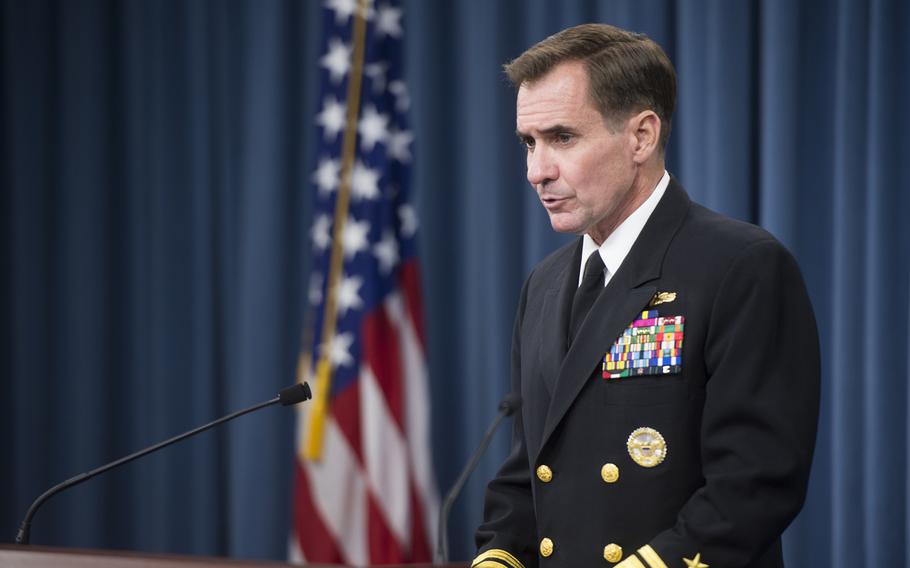 WASHINGTON — Ninety U.S. troops arrived in Iraq on Tuesday to help set up Joint Operations Centers and begin assessing conditions on the ground, as the U.S. contemplates launching airstrikes against Islamic militants who have overrun much of the country in recent weeks.

The 90 troops are a mix of special operators and conventional forces, including intelligence analysts and logistical experts. Another four assessment teams, comprising 50 troops, will arrive in Baghdad in the next few days, Pentagon Press Secretary Rear Adm. John Kirby told reporters.

The 90 troops who arrived Tuesday will join the 40 personnel who were already on the ground when the assessment effort kicked off. These troops will help determine how best to flow in additional advisory teams, Kirby said. All of the services are represented in these assessment teams, according to Kirby.

Last week, President Barack Obama announced that he had authorized up to 300 American military advisers to deploy to Iraq to help the embattled government there thwart the Islamic State of Iraq and the Levant, a transnational militant group that has taken over much of northern and western Iraq and moved within 35 miles of Baghdad.

The assessment teams will help the Obama administration and the Pentagon learn more about the state of the Iraqi security forces, the situation on the ground, and ISIL’s activities. They will also make recommendations about how to proceed with the advisory mission. Their initial assessments are expected to be completed in two or three weeks, Kirby said.

Kirby was asked whether waiting two or three weeks for an initial assessment is too leisurely, given the speed with which ISIL is moving.

“Everybody shares the sense of urgency here about what is going on inside Iraq,” Kirby said. “[But] this isn’t about rushing to the rescue, OK? This is – it’s a measured, deliberate approach to help us and [the Iraqi security forces] get better eyes on the situation and what they’re facing.”

In addition to the advisory teams, the U.S. military has been conducting 30 to 35 intelligence, surveillance and reconnaissance flights per day using manned aircraft and drones, according to Kirby.

Officials have said that better intelligence is needed about the situation on the ground before the U.S. can effectively conduct airstrikes against the militants. Obama has said that using airpower against ISIL is an option that remains on the table.

“We remain postured in the region to [launch airstrikes]. But there’s been no such decision,” Kirby said.

In response to the turmoil in Iraq, the U.S. military has moved a significant number of air, ground and naval assets into the region over the past 10 days in case forces are needed to protect American citizens or bomb militant targets.

The Obama administration was slated to provide a classified briefing Tuesday evening to all 100 senators on the violence in Iraq. The administration has said that it will consult with lawmakers as the crisis unfolds, but some lawmakers have suggested that Obama does not need congressional approval to take limited military action in Iraq. Obama has ruled out sending combat troops to the country.

Secretary of State John Kerry told reporters in Baghdad that U.S. support for the Iraqi government will be “intense [and] sustained,” according to news reports.

But at the Pentagon, Kirby said that the ramped up U.S. military presence in the country will not be a prolonged one.

“This is a limited, short-term duration mission … We’ve been saying that since the beginning and that has not changed,” Kirby said. “[But] I don’t have a fixed date for you as a deadline or an end date.”