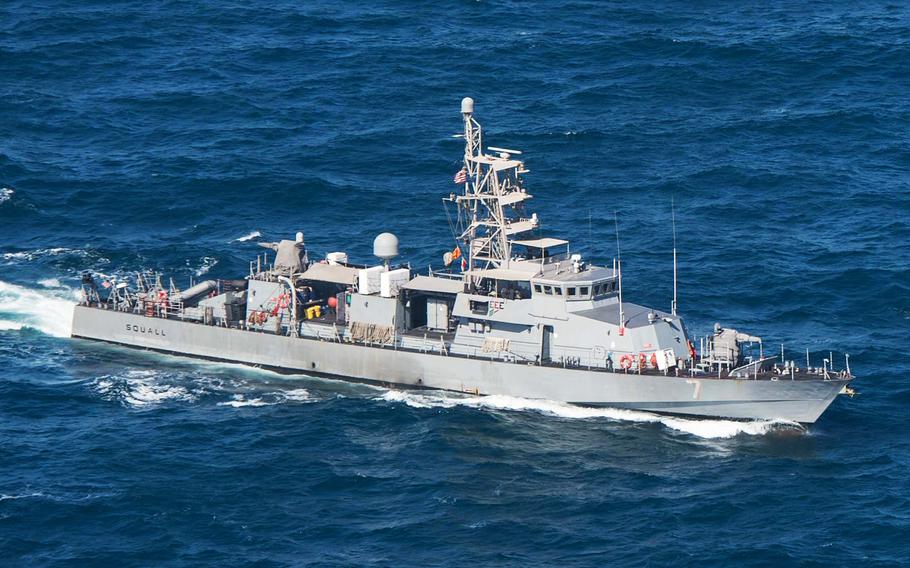 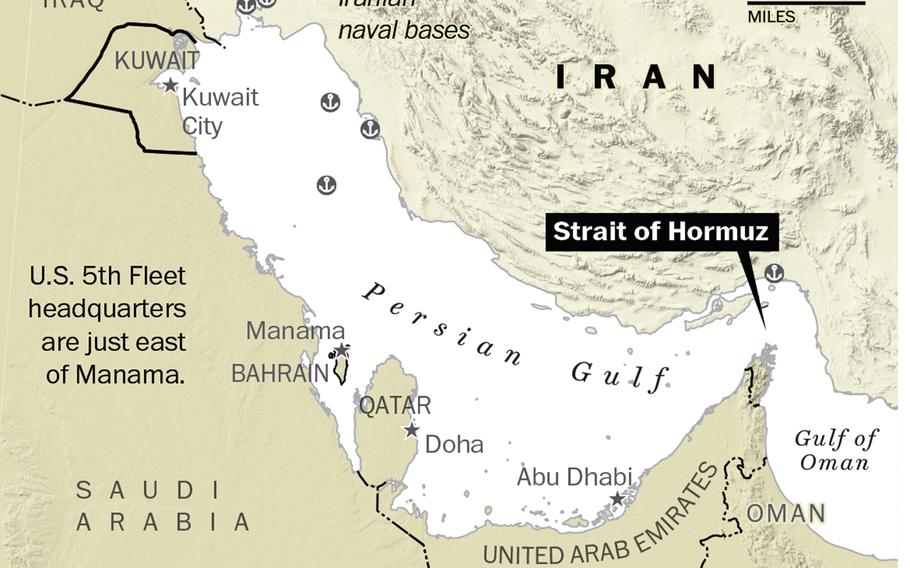 The USS Squall, a coastal patrol ship, fired the shots into the water after other standard methods to de-escalate the situation -- including firing warning flares and attempting to make radio contact -- failed, said Peter Cook, the Pentagon press secretary.

The USS Tempest, a Cyclone-class patrol ship, was also harassed in the same incident in which the Iranian boats sped to within about 200 yards of the American vessels.

It was one of three “unsafe and unprofessional” encounters Tuesday and Wednesday with Iranian ships in the region, Cook said.

On Tuesday, four Iranian gunboats sped within 300 yards of the U.S. guided-missile destroyer USS Nitze in the Strait of Hormuz. On Wednesday, the USS Stout, another destroyer, was harassed by Iranian warships, apparently the same vessels that approached the Squall, Cook said.

But Iran’s defense minister warned that Iranian forces would respond to any foreign ships entering its territorial waters.

“If any foreign vessel enters our waters, we will give them a warning, and if it is an act of aggression, we will confront them,” Gen. Hosein Dehghan told Iranian media Thursday.

Cook said all of the incidents occurred in international waters that cannot be claimed by the Iranians. Their actions, he added, “serve no purpose other than to raise tensions in an important part of the world.”

“We are conducting ourselves … in a safe and professional manner and we will continue to do that,” Cook said. American sailors “will continue to take the steps they need to protect themselves, their ships and our interests in the region.”

The incidents are just the latest in a series of recent tense encounters between the two nations. According to the Navy, roughly 10 percent of its encounters with Iranian ships since the beginning of 2015 have been unsafe and unprofessional.

In January, the Iranian navy captured 10 crewmembers from two American patrol boats that strayed into Iranian waters. Iran held the sailors overnight before releasing them in an embarrassing incident for the Navy that led to disciplinary action for several servicemembers involved.