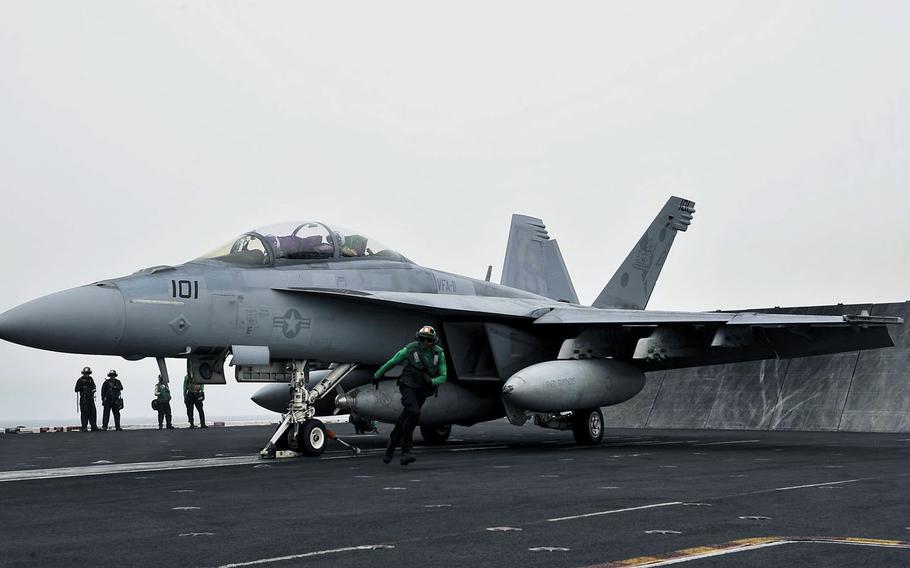 A U.S. Navy F/A-18F Super Hornet crashed in the Persian Gulf shortly after taking off from the aircraft carrier USS Theodore Roosevelt on Tuesday, and both crewmembers survived, the Navy said in a release.

The crash was not a result of hostile activity, according to the release, issued by Fifth Fleet, which is responsible for the area where the Roosevelt is deployed, conducting air strikes against Islamic State targets in Iraq and Syria.

The two personnel from Strike Fighter Squadron 211 ejected and were quickly recovered by search and rescue personnel from the ship, the release said. They were being evaluated by medical personnel and were reported conscious, alert and not seriously injured.

Strike Fighter Squadron 211 is based at Naval Air Station Oceana, Va., and assigned to Carrier Air Wing One.